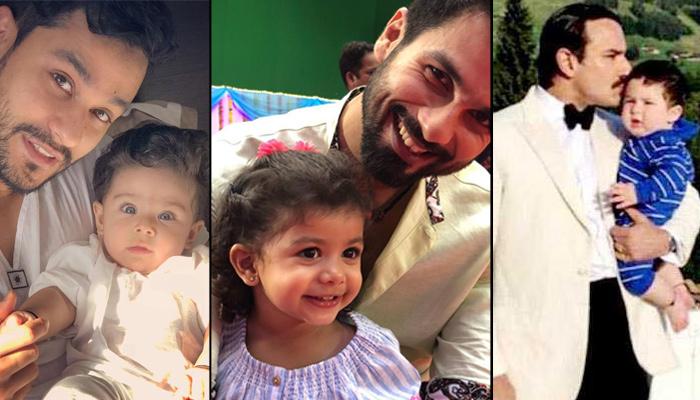 Paternity leave? Sorry guys, it’s not utopia anymore! While maternity leaves are necessary for a to-be mother, it is extremely crucial to the to-be daddies to take a break from work. As it is not just the mother who is pregnant, though not the physical pain but a father too goes through enormous mental drill, especially when his wife is expecting.

Recommended Read: 20 Celebrity Dads Of Bollywood And Television World Who Make Us Drool With Their 'Oh-So-Hot' Looks

While pregnancy promises a ‘treat’ after 9 months, what she bring along is a series of cravings and mood swings. And who addresses to that? A father, of course! While many choose to chill at home, many expecting couples go babymooning. And when it comes down to B-town lovebirds, you can depend on them to set the trend! Our favourite celebs keep aside their busy work calendars and spend some quality alone time with their spouses. It is also said to strengthen the relationship that a couple shares before they welcome a new member in their life. So, to inspire all you couples who are already expecting, or planning for a family, take a look at all the doting Bollywood hubbies who took paternity leaves to take care of their lady love like a pro!

Before Imara's birth, work kept Imran super busy. And as it was his and wife Avantika's first baby, Imran made sure that he left no bounds to pamper his wife. As Avantika hadn't seen snow ever, as a part of a paternity break, Imran kept extending his break by "three days, five days, so on". The

“It was snowing in Europe. Avantika saw snow for the first ime in her life. We were in a place where Hitler held the 1936 Olympics and it is one of the best skiing destinations in Germany. On this vacation, there was no question of doing anything as as adventurous as skiing because Avantika is in the family way.  Our baby is due between June 8 and 17 (2014). This is the period the doctors have indicated.”

This young dad was so excited about this new phase of his life that he made sure to get all the information he could lay his hands on about babies. Imran and Avantika had been seeing each other for nine long years before they tied the knot in 2011. Avantika gave birth to a healthy baby girl on June 9, 2014, and the couple has named their daughter,  Imara Malik Khan.

Shilpa Shetty’s industrialist hubby, Raj Kundra remained by her wife’s aide and attended to her like a perfect exemplar. The doting hubby took a month off from work when his beautiful wife was pregnant with their son Viaan in 2012. Speaking of his paternity leave, Raj shared:

“My wife is expecting now and this is the most important phase of my life and I don’t want to be very busy”.

The Saathiya fame actor Vivek Oberoi, also took a much-awaited break from his non-stop work to be with his lovely wife Priyanka, while she was pregnant. Quite like any first-time parent, Vivek was on cloud nine and couldn’t wait to welcome their first child. The doting father had then spoken to DNA about his month-long paternity leave. He said:

“I want to be there (in Bengaluru) with Priyanka when our child arrives. I have read, I don’t know how many books, been to all the doctor’s appointments with Priyanka, have been busy doing up the nursery... I just can’t wait to be a dad and hold our bundle of joy”.

Kunal is undoubtedly listed as one of those actors who love their wife like crazy! And when his darling Soha Ali Khan was expecting, we couldn't have been more sure that this Go Goa Gone actor was sure to take a paternity break to take care of his beautiful wifey. The couple welcomed an adorable daughter, Inaaya Naumi Kemmu on September 29, 2017. Speaking about paternity leave when Soha was expecting, Kunal had shared with DNA: 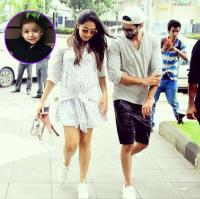 This man surely knows how to pamper his wifey. From accompanying Mira Rajput Kapoor when she wanted to visit her maayka to spending quality time with his wifey, Shahid surely knows how to keep his pregnant wife happy and chirpy! Shahid, who is expecting his second child with wife Mira had taken a six-month long break during the birth of their first child, Misha. In an interview, Shahid spoke about his 6-month long paternity break:

“I've spent a lot of time with Misha. I took a six-month paternity leave. I did it more for myself than her. I didn't want to miss out on the experience. People cautioned me that it was not a good decision. That I'd be out of the limelight. But being an actor I'm a freelancer."

And this time as well, when the Kapoor couple are looking forward to welcome their second child, Shahid is again planning to take a month long paternity break to be with Mira, Misha and the newborn. As per a report in DNA, Shahid is working around his shoot schedules in a way so that work is not hampered and he gets to spend some time with his wife. A source revealed to DNA:

“Shahid’s wife is due in September, so he will take about a month’s break to be with his family, post which he will resume Arjun Reddy’s shoot."

Father to an already made sensation, Taimur, Saif Ali Khan is one caring and pampering daddy. Kareena and Saif welcomed their first baby on December 20, 2016 and since the pictures were shared with the media, people have gone crazy about him. And why wouldn’t he? Have you seen how adorable the little munchkin looks? Coming back to paternity leave, the doting daddy was by wifey, Kareena side for quite a while when she was pregnant with Taimur. Saif was working on Raja Krishna Menon’s Chef when Saif went for his break. Speaking about his break, Raja had then shared:

“Saif last shot for the film (remake of Hollywood movie ‘Chef’) on December 12. He will resume the shoot by mid-January.”

“We should be done by December but may leave a few scenes for later so that Saif gets a break to be with his baby."

He had wooed his audience with his wit and charm and also as a doting daddy after his son Riaan and Rahyl Deshmukh were born. Riteish is married to the charming Genelia Deshmukh and the actor left no stone unturned to ensure that he supports Genelia and is by her aide at every means possible. When Genelia was admitted to the hospital for delivery, sources close to the family had revealed that the doting hubby hadn’t left the side of Genelia. How beautiful is that!

Riteish had taken a short paternity leave to spend some time with his wife and newborn. A source had shared:

“He will resume shooting only after two-weeks. Genelia should be discharged from the hospital by the end of this week. They don’t want to divulge too many details as they want to keep this special moment private. For the same reason, apart from close family and friends, nobody has been informed about the hospital Genelia is in”. 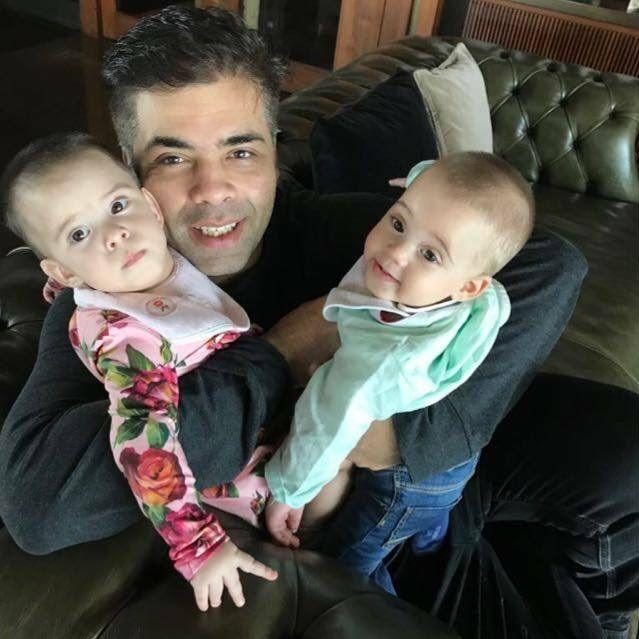 A person who is believed to establish the career (read life) of many, began a new phase in his own, when he welcomed his twins- Roohi and Yash via surrogacy. The charming director has time and again gushed about how glad and thankful he feels about welcoming his two babies in his life. Karan who was on a two-month paternity break immediately after his twins were born was all chirpy and excited in an interview with HT. He had shared:

“My life has changed since Roohi and Yash arrived. At 44, this is my biggest blockbuster. I still haven’t realised the enormity of what’s happened. They’re only two months old. And all they do is eat, sleep, burp, wail and poop. Kabhi khushi, kabhie gham! While I stare at them in wonder. But I can’t get over the fact that they are mine. It’s like a powerful switch has suddenly come on in my life, filling the emptiness in my personal space with new energy. I get teary-eyed just looking at them. It’s surreal to think of them as my daughter and son. It’s daunting even, but in a gorgeous way, when I wake up suddenly at night to remember that I have life breathing in the next room that I’m totally accountable for. My universe was Dad, Mom and films. But now there are Roohi and Yash. My two new friends.”

These were just some young Bollywood couples who took off to spend time with their pregnant wifeys, before they welcomed their little ones in their life. So dear couples, take some inspiration from our B-town celebs, and plan your paternity leaves as well! Happy paternity, folks!

Next Read: 13 Most Loved Bollywood On-Screen Dads Who Would Remind You Of Your Father 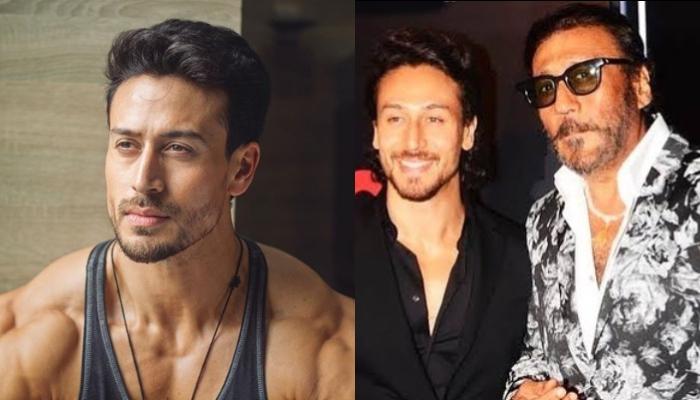 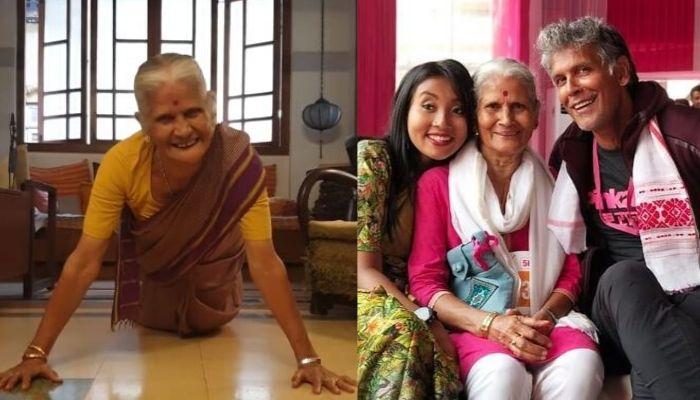