The reel-life for these tinsel divas calls for a commitment of sticking to their beauty, weight and fitness regime. The most important driving force is their own willpower and determination. 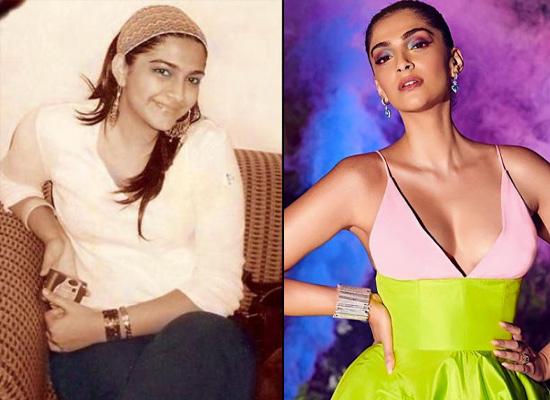 No wonder Sonam Kapoor Ahuja is an amazingly fit Bollywood actress, who sets fitness goals for her fans and followers across the world. At the same time, you will be shocked to know that the babe, who embraces the limelight for being the fashion icon was not the same always. At some point in time, she was close to being 90 kgs. Her determination, confidence, strict diet plan and heavy sweat-out sessions turned the actress from fat to fab. She just took her habits to new levels and that made her lose 35 kgs.

Diet- Reworking from fat to fit was an uphill task for the ‘coke-and-chocolate’ girl, Sonam. It was her mother, Sunita Ahuja, who had helped her shun the bad eating habits and the flab of course. Sonam started maintaining a healthy and natural dietary pattern and ate only in moderation. Instead of remaining hungry, she is mindful of what to include and what not to add in her meals. She obeyed her mom and opted for high-fibre food like oatmeal, pulses, whole grains and veggies for her lunch. Egg white, nuts and fruits are what she prefers as snacks. Soup, salad and a piece of chicken or fish are what offered her a balanced diet for the night.  She had cut out the unhealthy food from her diet completely.

Sonam had revealed in an interview,

“Looking at my figure people often assume that I don't eat much. On the contrary, I eat every two hours.”

Workout- Apart from routine fat-burning exercises, Sonam took regular lessons of power yoga, kathak and swimming. To max out the benefits of her workout, she used to include different exercises in her daily plan. Guided by her trainers Shervir and Monisha, Sonam used to try a few smart sets of exercises including 30-minute cardio. She also played squash for some physical exertion.