Bollywood ladies who broke every bit of stereotype and got married, ‘late’. We mean the ‘late age’ set by the society!

India is sure progressing and so are we. But one thing that will remain a bone of contention is a woman’s marriageable age. Because, despite breathing in the 21st century, the most criminal thing an Indian woman in her late 20s or 30s and single can declare to her folks is – “I have no idea when I want to get married!”

Try saying this once and you will hear all sorts of ridiculous as well as lame things like, ‘having babies will be a problem’, ‘people will think you can’t adjust’ or even worse, ‘society will think you are a divorcee or something’. This, by far has all the ingredients to become the most alarming thing for your parents as well as relatives (whom you barely meet once in a blue moon) to worry about. But the point is who decides a woman’s ideal age of getting married or who decides how late is okay? Well, neither do women have an answer to this nor their parents. Relatable?

If you are touching 30 or have already crossed 30, and still waiting for your Mr Right or busy shaping your career (while hell is almost breaking loose at home), here are 6 charming Bollywood ladies who broke every bit of stereotype and got married, ‘late’. We mean the ‘late age’ set by the society! 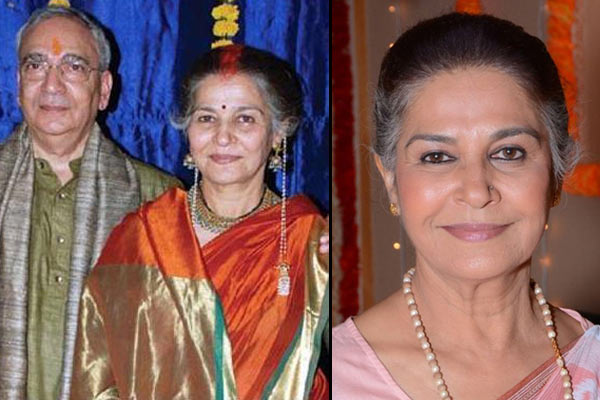 She is one actress who is equally famous in the Indian tele world, Bollywood as well as Marathi film fraternity. Though she is always known for playing strong characters, one thing that got her all the possible attention is, when she got married at the age of 60. She tied the knot to Atul Gurtu, a doctor on January 16, 2011. While Suhasini has never been married before but for Atul, this was his second marriage. He lost his first wife to cancer. Suhasini met her future husband on Facebook. 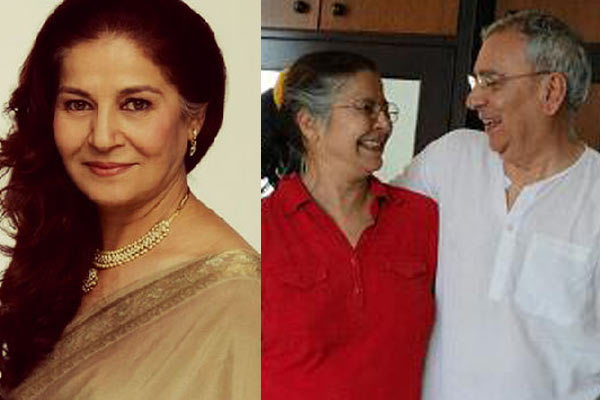 Yes, people did judge her (including the panditji) but, she chose to stick to her decision of marrying Atul. She fondly recalls this incident from her wedding in an interview with Brunch, When we told the pandit that we were the "to-be-married bride and groom", he was stunned and stammered, 'Ji, aap dono? Very good, very good'. We cracked up laughing? We got a similar reaction at the court too. But who cared... We were happy! 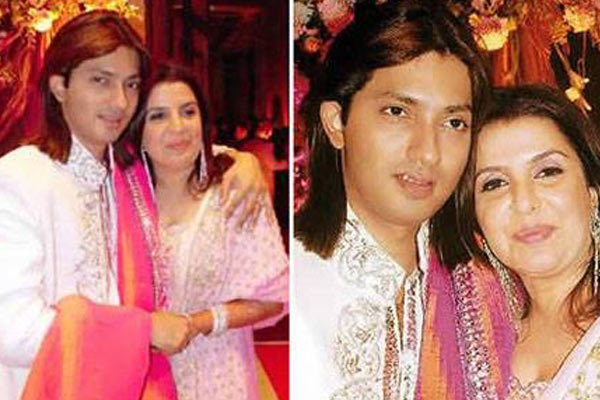 This extremely witty director, choreographer and producer made a few heads turn when she got married to editor-turned-director, Shirish Kunder, who is also 8 years her junior. The couple tied the knot on December 9, 2004, and became proud parents to two beautiful daughters and a little prince in 2008.

Also Read: Is There A Right Biological Age For Women To Get Pregnant? Here's The Answer! 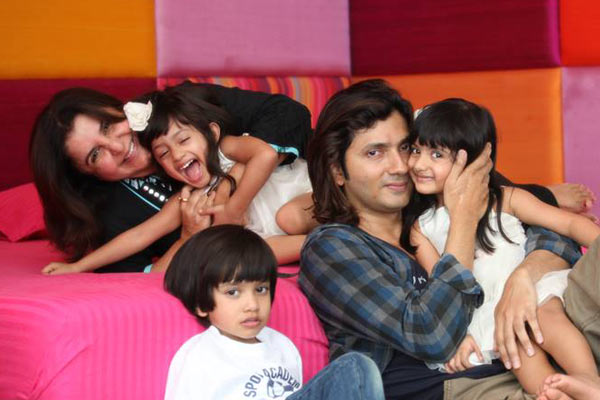 The immediate thing everyone associates with late marriages is age gap (if any) and trouble having babies. But Farah brilliantly breaks both the myths here. It’s been 11 and a half years, and Farah and Shirish just make us believe that there’s no ‘right’ age of getting married. And looking at them, we agree that there’s nothing like marrying late, what’s important is what you do to stay happily ever after. Out of all the people, we have mentioned till now, Urmila Matondkar stands out for a lot of reasons. Firstly, she was not in news for anything in particular. Neither was she seeing someone nor was she intending to do any more movies. But as they say, good things happen when you least expect them. And one fine morning, everyone woke up to this sweet yet astounding discovery that Urmila Matondkar gets married in a private ceremony at the age of 42. Mir Mohsin Akhtar, her husband who is a model by profession is believed to be younger to this Rangeela girl. With Urmila, we can totally say that you are never too old for love. And looking at her wedding pictures, we sure can say that she looks like the happiest bride.

#4. Preity Zinta walked down the aisle with Gene Goodenough when she was 41 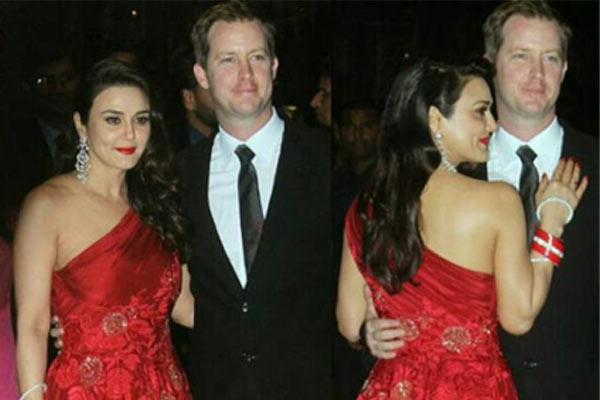 When Preity was in a steady relationship with Ness Wadia, we all thought they will eventually get married. But then, the couple fell apart and marriage didn’t happen. But Bollywood’s bubbly ‘Liril’ girl found love in Gene Goodenough and the couple got married on February 29, 2016 in Los Angeles. Looking at her reception photographs, we might toil with the idea of a late marriage if this is how confident and happy a bride can be of her choice! What we can learn from this dimpled beauty is even if you have been through a failed relationship; never lose faith in the institution of marriage. And, also at the same time, do not rush into another hasty relationship, take your time, take the plunge only when you feel ready. 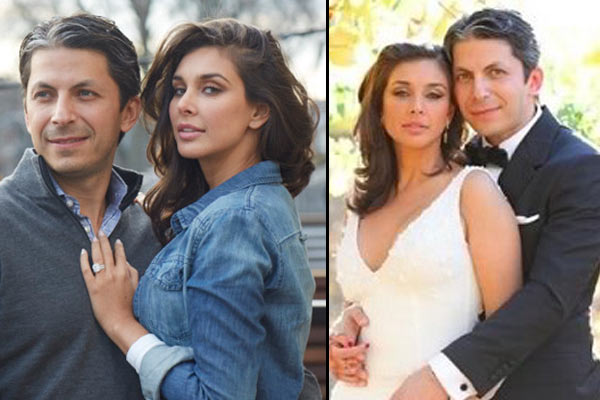 Lisa Ray who impressed everyone in Bollywood with her fabulous acting in the movie Kasoor, walked down the aisle with ex-management consultant Jason Dehni when she was 40. Lisa mentioned how happy she was that she didn’t get married at 20. In an interview, she said, In your 20s, you want someone who'll do everything for you; you want that person to solve all your problems, which I don't think should be expected.

And looking at her, we totally believe it was a wise thing on her part to wait for some time, mature a bit before deciding to share her life with someone. And we guess it works that way.

#6. Rani Mukerji got married when she was 36 Everyone knew Rani was dating Aditya Chopra, but neither Rani nor Aditya ever acknowledged it openly. But this overtly written-about couple surprised everyone with a hush-hush wedding on April 21, 2014, in Italy. The couple even welcomed their first daughter in December 2015. Looking at them, all we can say is, when you are sure about something, the age factor should not come into the picture. You should take the next steps whenever you both feel comfortable.

You May Like: Abhishek Bachchan And Aishwarya Rai Bachchan's Combined Net Worth, She Owns A Ring Worth 70 Lakh

#7. The most beautiful woman, Aishwarya Rai made it official with Abhishek Bachchan when she was 34 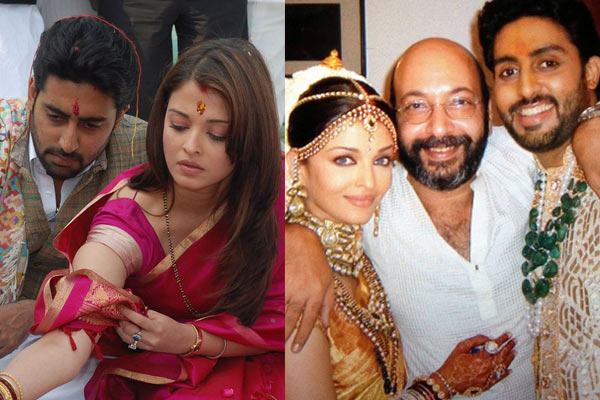 While everyone was busy speculating about this light-eyed beauty’s personal life, Aishwarya Rai Bachchan announced her wedding to Junior Bachchan in 2007. Despite the barely 3 year age difference and disparity in their respective career growth, their marriage is one of the strongest in Bollywood. 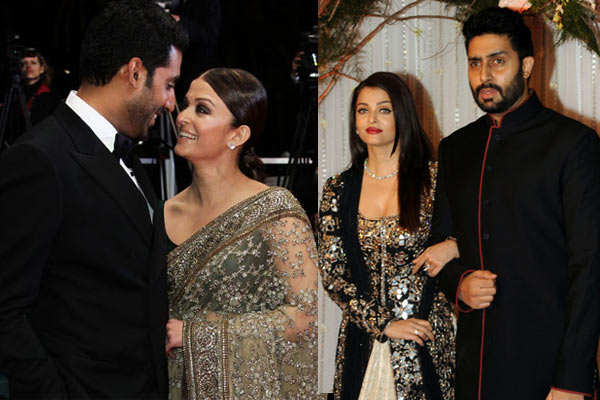 In fact, when the stunning couple was invited to the Oprah Winfrey Show in September 2009, Oprah quipped that Aishwarya and Abhishek were perhaps more powerful than Hollywood’s Brad Pitt and Angelina Jolie. And, now with the little princess Aaradhya’s arrival, this family looks gorgeously complete.

#8. And last but not the least, Neena Gupta found love at the age of 42 After having twists and turn in her love life, Neena Gupta is an inspiration for every woman with a liberal mind. After her short-lived affair with Alok Nath, after getting engaged to Shaarangdev to get married, things didn't work and Shaarangdev called off their wedding. Later, she was blessed with a daughter, Masaba Gupta after being in a relationship with West Indian Caption Richard. After her daughter grew up, Neena started feeling lonely and gave a thought again about marrying. It was then in 2002 when 43-year-old Neena met a Delhi-based Chartered Accountant, Vivek Mishra. The two met on a flight and clicked instantly. While Vivek was also separated from his wife, the two were in a relationship for over 6 years before they tied the knot. In July 2008, the duo left for the US to attend one of Vivek's relatives' wedding and he proposed to her in the US and instantly, married then and there. He already planned everything on his own in the states and just needed a 'yes' from his lady-love.

Most of these actresses have had their share of relationships, but none of them ever felt or gave into the pressure of getting married. And, looking at them, we are assured that age has got nothing to do with a happy married life.

Next Read: Ex-Miss India Froze Her Eggs At The Age Of 34 And Gave Birth To A Healthy Baby Girl At 42