Bipasha Basu and Karan Singh Grover are vacating in the Maldives ahead of KSG's birthday and the duo is giving us all major couple and vacation goals. Take a look! 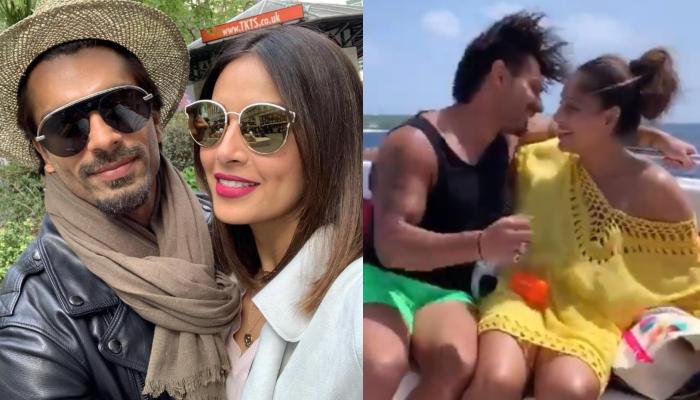 It was in the year 2016, when Bipasha Basu had broken the hearts of her million fans when she had married the love of her life, Karan Singh Grover. From their attires to their happy pictures, everyone saw the magic Karan had cast over our Bong beauty, Bipasha. The rumours of their dating had started when they did their first film together, Alone. There were speculations of a possible spark between the two, however, Karan Singh Grover, who was previously married to actress Shraddha Nigam and actress Jennifer Winget did not address his relationship with Bipasha. But the two had come out in public in 2016 announcing their marriage and the rest is history. (Recommended Read: Shilpa Shetty And Raj Kundra Become Parents To A Baby Girl, Give Her A Unique Russian-Sanskrit Name)

The duo is happily enjoying their marital bliss from the past four years and their 'just married' glow hasn't faded yet. Ever since their wedding, Karan and Bipasha have been giving us couple goals and their Instagram feeds are filled with their adorable social media PDA. In an interview with SpotBoyE, Karan had revealed, who is the boss of his house. The actor had stated, "Bipasha, obviously because if the lady is not the boss in your family toh aapka ghar barbaad hone wala hai matlab aapko kuch nahi pata life mein." Currently, the couple is vacating in the Maldives and giving us major couple goals with their romantic pictures and adventurous videos.

On February 21, 2020, the actress took to her Instagram handle and has shared some pictures and videos from their Maldives trip. In the pictures, we can see both of them in their respective easy-breezy attires and having wide smiles on their faces. The reason behind the couple’s trip to the Maldives goes to the fact that Karan Singh Grover is going to celebrate his birthday on February 23, 2020. So, all these celebrations are kind of pre-birthday celebrations before Karan Singh Grover's ultimate bash. In one of the lovable pictures, we can see Bipasha twinning in black with Karan as the couple looked dipped in each other's love. However, KSG also took to his Instagram handle and has shared some pictures in which we can spot his beloved friend, Ayaz Khan partying with him and others. Take a look. (Don't Miss: Ali Fazal And Richa Chadha's Parents Have Finally Decided The Date And Venue For Their Grand Wedding)

Aren’t they just looking perfect with each other? Well, both Karan and Bipasha had talked about their relationship in a lot of interviews since their marriage. However, it was Karan Singh Grover, who had revealed in an interview the Hindustan times that he wants to work with his wife, Bipasha in every project. He had stated, “I am someone who would, if possible, choose to work with her in every project. She is just a fabulous person to work with and I can’t get enough of her. We are mostly busy with our work and often don’t get much time together, so I would like to spend more time with her. She will probably get sick of me, but I won’t.”

In the same interview, the actor had also revealed that Bipasha is an extremely talented actress but above all is very cooperative in nature. He had further added, “What helps when I work with her is that she is very cooperative. I can rehearse my scenes with her and given her experience, her inputs are to the point. I think we complement each other on-screen. And I feel we should collaborate on more projects.” Well, there’s no denying in Karan’s statement as Bipasha is still regarded as one of the most talented actresses in Bollywood’s rich history.

Coming back to their love story, in an interview with The Times of India, Karan and Bipasha had talked about their proposal story, and the actress had revealed, "Well, I believed in marriage, but I never thought I would get married. So when he proposed, my first reaction was, 'What are you telling me?' And." Hearing this, Karan had cut his wife in the middle and had quickly added, "Let me complete the story for you. We were in Koh Samui, it was December 31 and the sky was lit with fireworks. I was carrying the ring with me and something told me that this is the right time. So while she was capturing the fireworks on video, I took the opportunity and gave her the ring." Well, it seems like, everything they do turn out to be a 'couple goals' for all of us. (Also Read: Kartik Aaryan Is Missing His Mother As He Got Injured Before Leaving For Shoot, Shares A Sweet Note)

Do you love Bipasha and Karan’s Maldives pictures? Let us know. 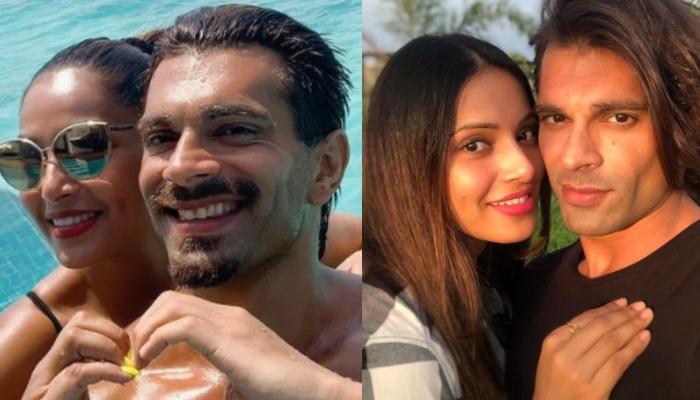 In the millennial world, she proved that dusky is the new sexy! The Bengali beauty, Bipasha Basu had become Bollywood’s Mehbooba with her amazing performance in her 2001 debut film, Ajnabee, starring Akshay Kumar, Kareena Kapoor and Bobby Deol. From there onwards, there was no looking back for this diva. From