'Bigg Boss 15' giving #Umrash moments of Umar Riaz and Rashami Desai to the audience! Is there something brewing between them? Here's what social media is buzzing about!

Over the years, we have seen many Bigg Boss contestants getting attracted to each other and forming a beautiful romantic relationship, like Shehnaaz Gill and late actor, Sidharth Shukla, Jasmin Bhasin and Aly Goni, Shamita Shetty and Raqesh Bapat and many more. Now, in Bigg Boss 15, apart from Karan Kundrra and Tejasswi Prakash's mushy romance, there's another love story brewing between Rashami Desai and Umar Riaz.

Rashami Desai and Umar Riaz's cute little banter, and how they protect each other from other housemates prove that something is brewing between them. In a recent sequence, Rashami was spotted sitting on Umar's lap, which ignited curiosity among the other contestants of Bigg Boss 15. 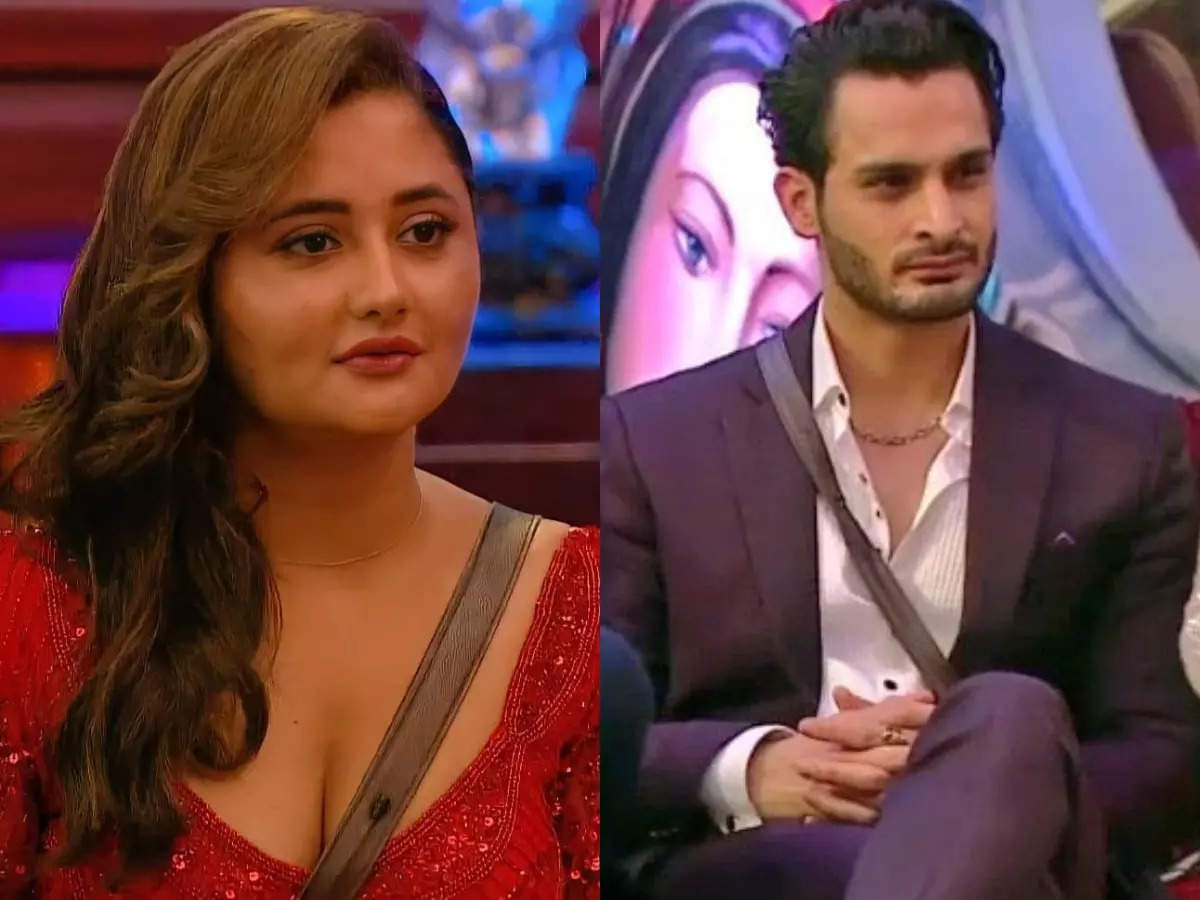 "It is trending everywhere. It's winter so you need the warm feeling. When I feel hot, I will say chal hatt." 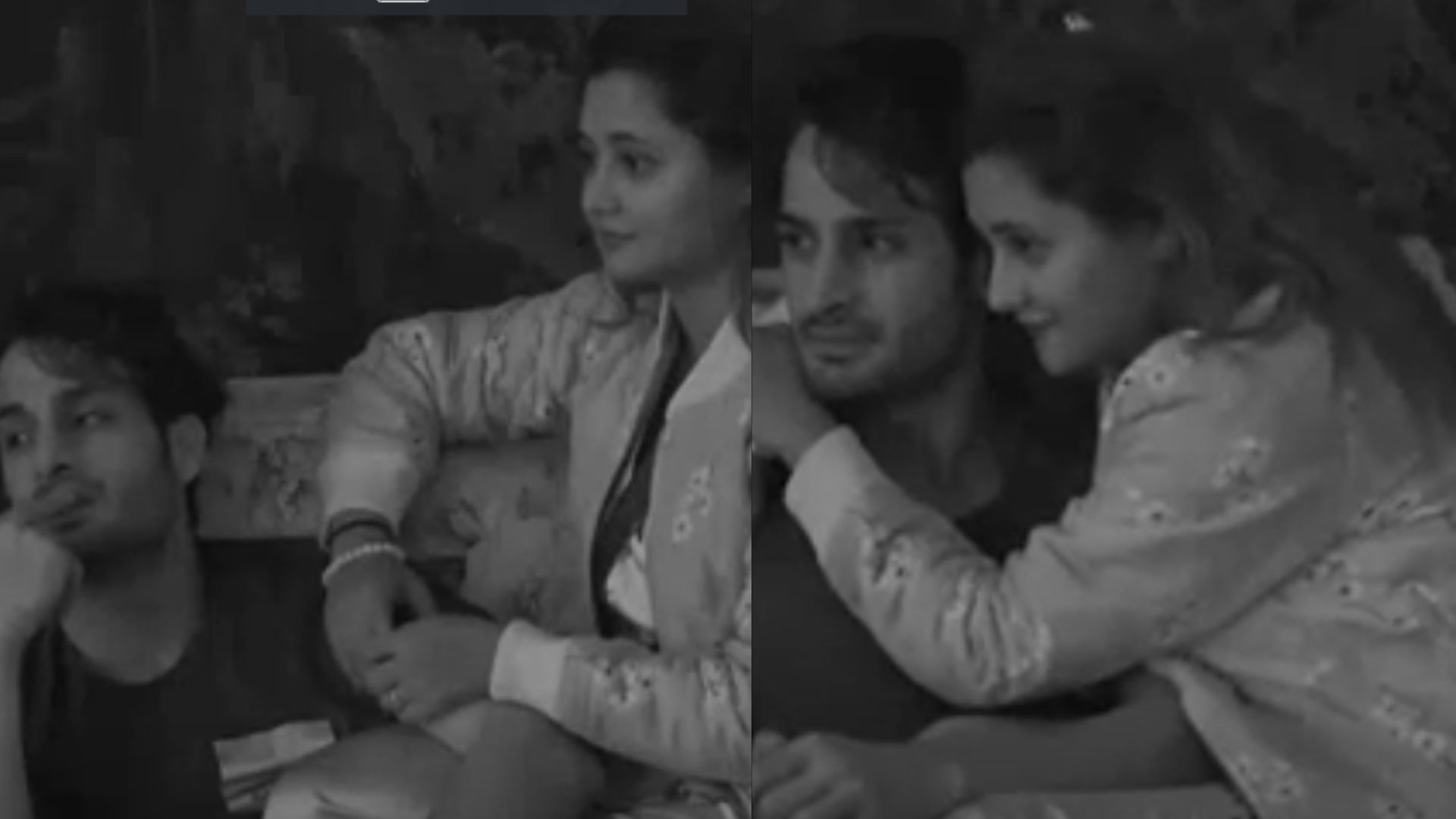 “I don’t know, I had asked her and she denied and many times she gets irked when I mention her with him.” 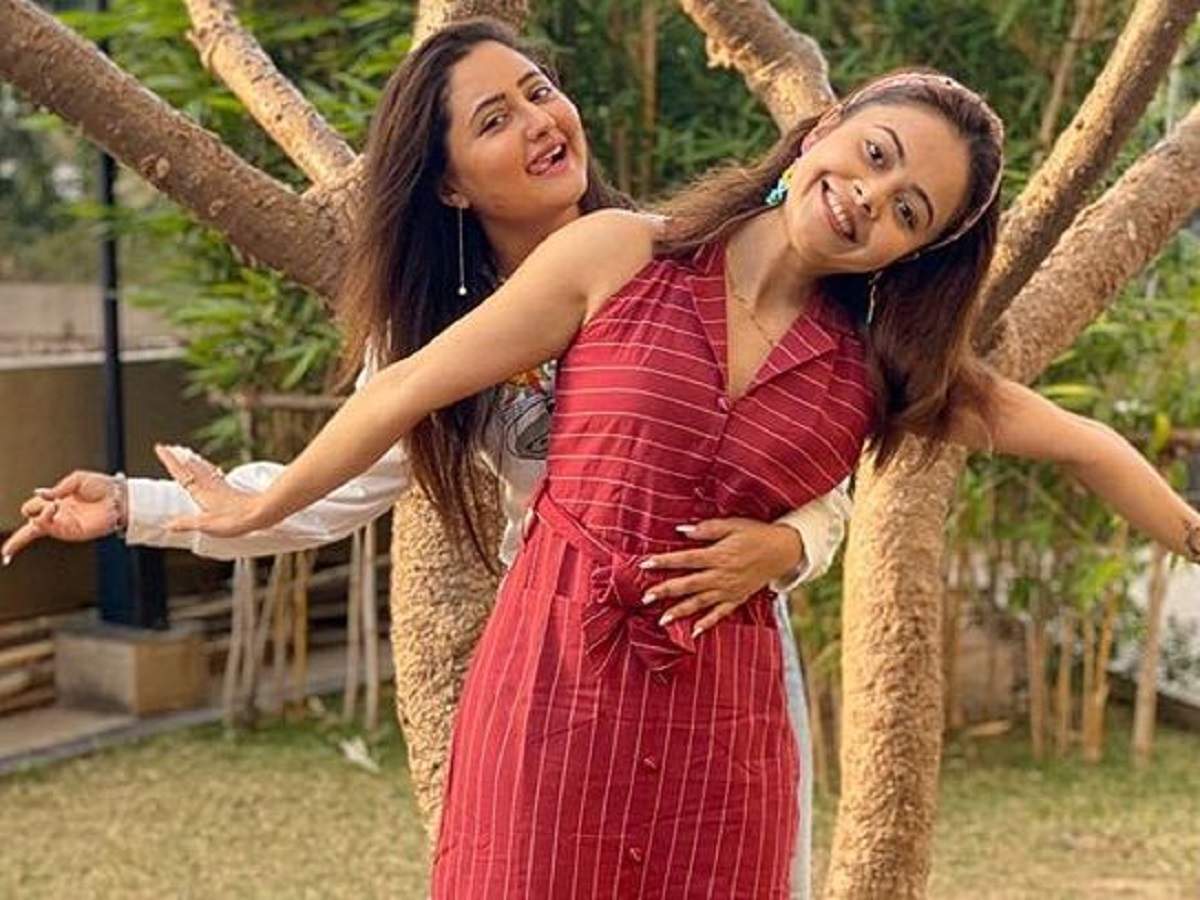 Adding further, Devoleena said Rashami and Umar might be joking. To this, Rakhi stated:

“What kind of joke is sitting on a lap? Even I want to sit on someone’s lap and joke. Even I am feeling cold.”

Recommended Read: 5 Months Pregger, Bharti Singh Reveals Whether She Wants A Boy Or A Girl, Caresses Her Baby Bump 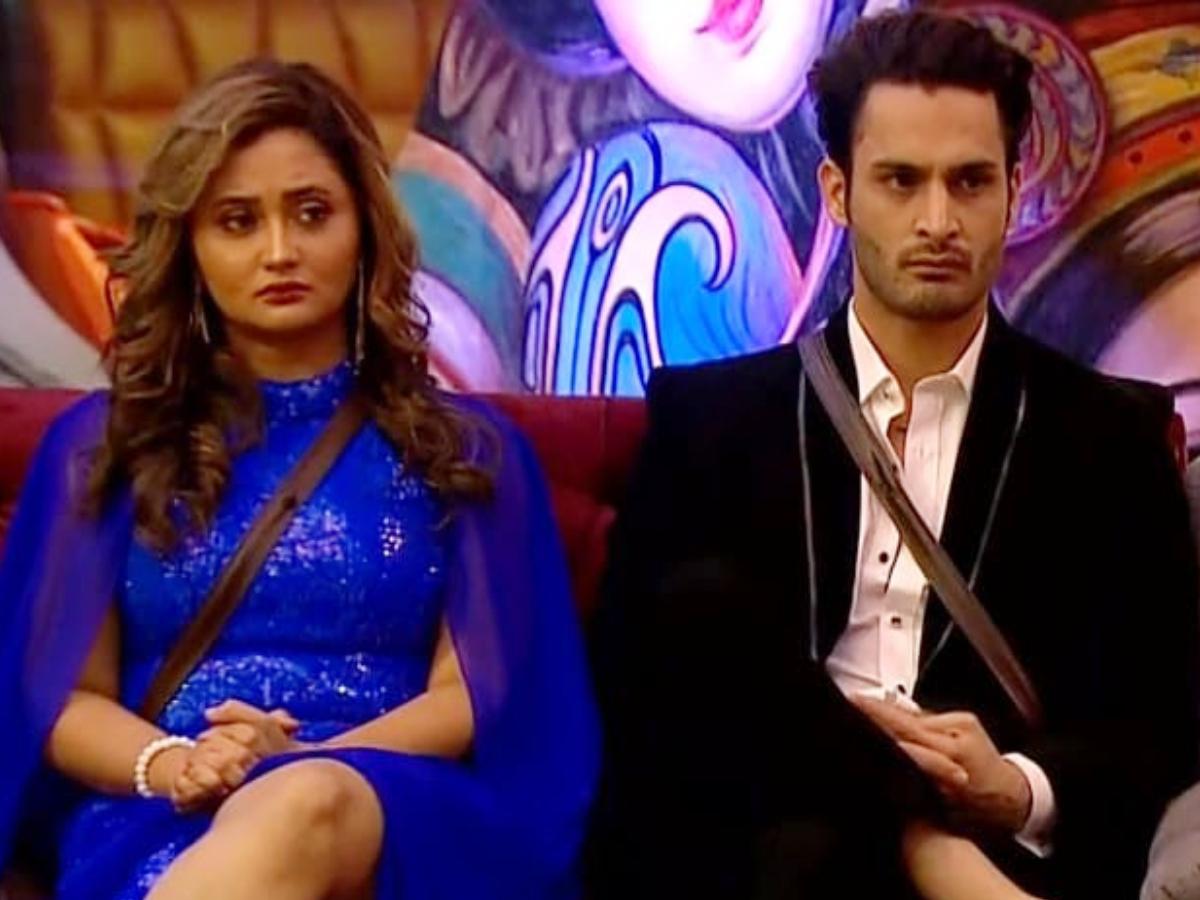 Ever since there has been a spark between Rashami and Umar, the Bigg Boss audience and the netizens have gone crazy. Social media is buzzing with their fans, creating posts about them and sharing their loved-up reactions. #Umrash is trending on Twitter. Check out the posts below: 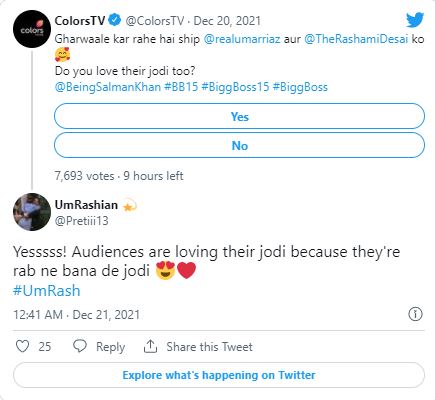 The latest clip from the show where Rashami questioned Umar about having a girlfriend outside the house is also going viral on social media platforms. When questioned about his relationship outside BB house, Umar said, "no" and swore on Rakhi. Rashami announced that Umar has a girlfriend when Karan entered and added to this whole banter, "I am his girlfriend." Later, they joked about the matter, and Umar replied that nobody had said him "yes".

Do you think Umar and Rashami's bonding is heading somewhere? Let us know!