A glimpse of Rubina Dilaik and Abhinav Shukla's intense fight in the next episode of 'Bigg Boss 14' is making their fans worried about their marital life. Take a look! The entertainment industry has been blessed with so many gorgeous and inspiring real-life couples over the years and one such couple is Choti Bahu-Sindoor Bin Suhagan fame, Rubina Dilaik and her husband, Silsila Badalte Rishton Ka actor, Abhinav Shukla. The couple had tied the knot on June 21, 2018, and since then they have been giving major couple goals to the millenials. However, at the moment, the couple is in the Bigg Boss 14 house and are not having the best of times together. (Recommended Read: Late Actor, Ashiesh Roy Was All Set To Get Married Two-Years-Back, Reveals His Friend, Sooraj Thapar)

The tasks, internal politics, and game have started taking a toll on the married couple as we have already seen them having some heated arguments in the show. But the promo of tonight's episode that has made its way on the internet gives us a glimpse of their most intense clash to this date in the show. Scroll down to take a look!

On November 26, 2020, a promo video of Bigg Boss 14's tonight's episode has made its way on the internet, and it has troubled the fans of the married couple, Abhinav Shukla and Rubina Dilaik, who are indulged in their most intense war of words to this date in the house. While, Rubina can be seen telling her husband, Abhinav Shukla that she wants to do whatever she thinks is right. On the contrary, Abhinav looked furious as he told his wifey that, "Tumhari akal nahi hai". The episode is going to telecast today, and it seems like the game has taken a toll on Rubina and Abhinav's personal life, as the two can be seen going away from each other and arguing in the clip. Soon, their fans expressed their sadness seeing their favourite couple indulged in an intense fight and dropped their worried reactions in the comments.

In an interview with the PTI, television actress, Rubina Dilaik had revealed the reason why she and her actor-husband, Abhinav Shukla had decided to participate in the show, Bigg Boss 14. The actress had stated, "To manage our private life in a public setup now, where cameras will constantly be on us, will throw challenges and reveal things about us. It's going to be a testing time for our relationship, but that motivates us. I didn't fit in any category, so I thought why to waste time. But they wanted both of us, which made it challenging." (Don't Miss: Kajal Aggarwal Kept This Condition Before Marrying Gautam Kitchlu, He Felt It Was Totally Cheesy)

However, now it seems like the things that are happening inside the Bigg Boss house has started taking a toll on their marital life. Hopefully, they will come out stronger and not broken because they are one of the most loved and admired jodis of the entertainment industry and to see them like this, is indeed quite sad and shocking. For the uninitiated, Rubina Dilaik and Abhinav Shukla had walked down the aisle on June 21, 2018, in Shimla at the heritage Woodville Palace. The lovebirds had a close-knit destination wedding, and it was classy and royal in every sense. (Also Read: Anushka Sharma And Mira Rajput Kapoor Flaunting Similar Sunshine Yellow Dresses Won't Cost You Bomb)

Do you think Rubina and Abhinav's intense fight will have an impact on their marital life? Let us know! 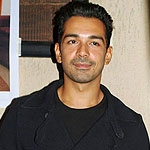 It is the story of every season of the reality show, Bigg Boss that there are two contestants, who are arch-enemies and do not even prefer listening to one another. The two are often seen fighting, passing lewd remarks or constantly bickering about one another. The house gets divided into two