Take a look back into Bhumika Chawla's real-life love story that is filmy in all senses.

Over the years, we have seen tons of South Indian actresses trying their luck in the Bollywood, but only a few had succeeded. While some had a terrible start, some had disappeared with time. But there's one actress, who hadn't done films in Bollywood just for the sake of adding numbers in her kitty. Yes! We are talking about Tere Naam and MS Dhoni: The Untold Story actress, Bhumika Chawla. The actress had impressed us with her stellar performances in these two and many other films over the years. The gorgeous beauty is from the nation's capital, New Delhi and was born and raised in a Punjabi family. She had started her journey of becoming an actress from working in Ad films and had later appeared in the popular series, Hip Hip Hurray on Zee TV. After much struggle, she had made her Bollywood debut opposite Bollywood superstar, Salman Khan in his career's most popular film to this day, Tere Naam. (Recommended Read: Linked To A Bollywood Actor, Radhika Apte Is A Happily Married Woman And In A Long-Distance Marriage)

The film turned out to be a blockbuster and had given Bhumika the best possible start to her journey in Bollywood. After Tere Naam, she had acted in Run, Dil Ne Jise Apna Kahaa, Silsilay, and Dil Jo Bhi Kahey. But after that, she had rejected many scripts because the roles for which she had come to the Hindi film industry, she wasn't getting them at all. So, the actress had decided to straighten her crown with pride and had gone back to the South Indian industry. The first film that she had done was Naa Autograph, and her decision of coming back to South had turned out to be a superb one as the film was a huge hit. The actress is always known for taking decisions with confidence and pride, without caring about the others. And, her successful marriage is an epitome of the same, as she had dated her teacher, Bharat Thakur for four years and had tied the marital knot with him later. 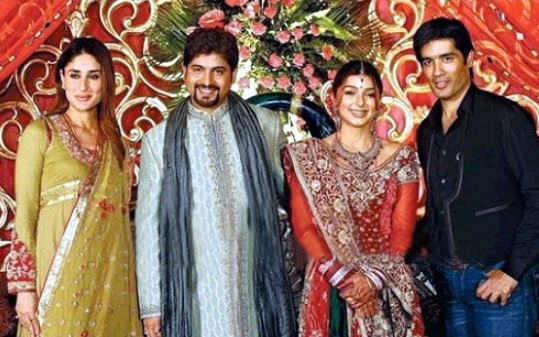 Bollywood actress, Bhumika Chawla was learning yoga from her instructor, Bharat Thakur and the two had become friends in the process. After their friendship for some time, the two had felt something and had confessed their feelings to each other. Soon after that, they had started dating each other secretly from the eyes of media. And, after four years of dating period, they had gotten married on October 21, 2007, in a Gurudwara in Nashik. After almost seven years, the couple had entered into the next phase of marital life, parenthood, when their son, Yash was born in February 2014. Once in an interview with ParentCircle, the actress had talked about the kind of changes she had experienced after becoming a mother. Reflecting on the sleeping patterns, she had stated, "A lot of things change once you become a parent. Every day is a new lesson to learn for any mother. As your child grows, you also grow as a mother. If I have to really point it out, sleep patterns for one change considerably after you become a mother. You also learn balance things a lot better than before." (Don't Miss: Remember Kajol's Fiance From 'Pyaar To Hona Hi Tha'? Married To An Actress, He Looks Like This Now) 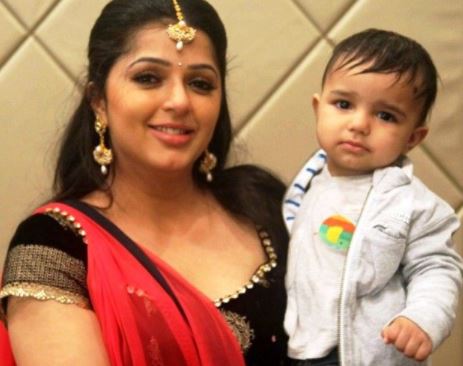 When Bhumika was asked to pinpoint some values that she had inherited from her mother and would like to pass on to her son, the actress had revealed, "I have always looked up to my mother on the way she keeps things together. As a parent, she was strict but imbibed in us the right values. Another quality that I immensely admire about her is that she never judges people and never ever makes fun of anyone. Her undying faith in God and steely determination, has been an inspiration for me throughout my life." However, she had proudly accepted that she's still learning a lot of things. Bhumika had also shared an incident reflecting on the importance of her mother in her transition of becoming a mother for the first time. She had revealed, "When it comes to parenting, I continue to learn from my mom even today. During my last visit home, when my son threw a tantrum and screamed, I was about to lose my temper. But then my mom stepped in, calmed me down and told me that when it comes to children, sometimes silence and patience works way better than shouting and punishing. So, I remained silent." (You May Like This: Bollywood Actor Sonu Sood Was Already A Married Man Before Entering Films And It's Been 21 Yrs) 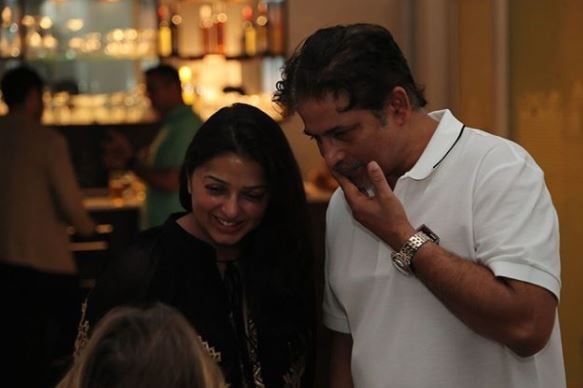 Talking about her marital life with Bharat Thakur, then the only time, we had heard about rifts in their marriage was back in the year 2011. There were rumours and speculations that Bharat was indulged in some relationship with another woman. But after a series of reports and rumours, the actress had come forward to defend her husband in public. In an interview with Hindustan Times, Bhumika had slammed everyone and had stated, "We are absolutely fine and happily married. It's like Chinese Whispers. One paper writes something without proof, and others follow. We are fine, thank God." The doting couple has supported each other in their respective careers and has always pushed one another for greater heights. A glimpse of which, we had witnessed back in the year 2017, when Bhumika had taken to her Instagram handle and had informed everyone that she had came to Mumbai for her husband, Bharat's art exhibition. The actress had posted a picture stunning picture with him and the two had looked made-for-each-other from all angles. Along with this picture, Bhumika had written a small caption and it could be read as "In Mumbai for Bharat's Art Exhibition # Jehangir Art Gallery." Take a look. 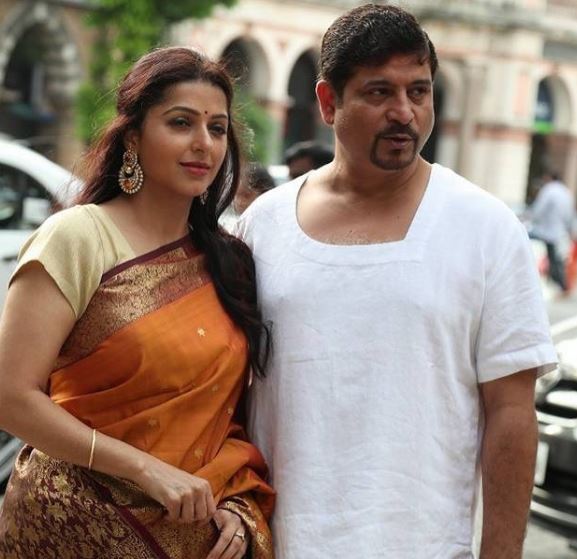 On September 23, 2019, Bhumika Chawla had taken to her Instagram and posted a beautiful candid picture with her husband, Bharat. The picture had gone viral all over the internet because of the way Bhumika was looking towards her hubby in the photo. Along with that cutesy picture, Bhumika had written a few lines for her husband in the comments section and it could be read as "Looking .. and always getting inspired ... the dedication and hard word and perseverance you have is undeniable ... god bless you." Take a look. (Also Read: Together For 14 Long Years, Manini And Mihir Married Each Other Within Just One Week) 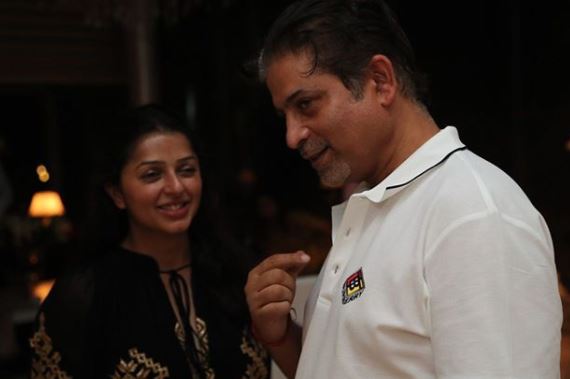 Since then, we haven't heard anything ill about their married life, and we hope they continue to live a happy married life forever with their little son, Yash.