Veteran singer-composer, Bappi Lahiri, bid adieu at the age of 69 on February 16, 2022. He was admitted to CritiCare hospital in Mumbai.

While the Indian cinema and the music industry are still trying to overcome Lata Mangeshkar's loss, in another shocking news, iconic singer and musician, Bappi Lahiri has passed away on February 16, 2022. Iconic music composer and singer, who had popularised disco music in India in the 80s and 90s, breathed his last at CritiCare Hospital in Mumbai.

Bappi Lahiri needs no introduction as he is often regarded as one of the most versatile composers of all time. He had given some incredibly famous tracks in the late 1970s-80s in the films like Disco Dancer, Sharaabi, Chalte Chalte, and the list goes on. Fondly known as 'Bappi da', he was popular for his fascination for gold. He was also known as the true blue 'Disco King' of Bollywood, and his loss is irreplaceable. 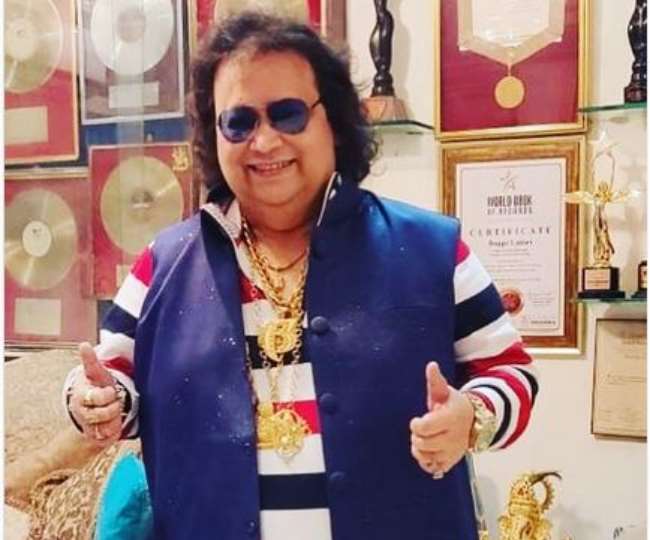 Bappi Lahiri’s sudden demise has undoubtedly left a void in the industry and social media is abuzz with tweets mourning the loss. According to media reports, the renowned music composer had breathed his last at the CritiCare hospital in Mumbai. He was 69. The news was confirmed by PTI in a tweet which can be read as:

According to several media reports, it is stated that Bappi Lahiri was hospitalised for a month now due to multiple health issues and was discharged on February 14, 2022. However, the doctors of the CritiCare hospital told PTI that the singer's health had deteriorated on February 15, 2022, after which he was admitted to the hospital once again. Dr Deepak Namjoshi, director of CritiCare hospital, was quoted by PTI saying:

"Bappi Lahiri was suffering from Obstructive Sleep Apnea (OSA) and recurrent chest infection. He was hospitalised in CritiCare Hospital, Juhu for 29 days with this. He recovered well and was discharged (for) home on Feb 15. However, after a day at home, his health again deteriorated and he was brought back to CritiCare hospital in a critical state and succumbed to his illness at about 11.45 pm. He suffered from Covid infection last year. He had OSA for the last 1 year.” 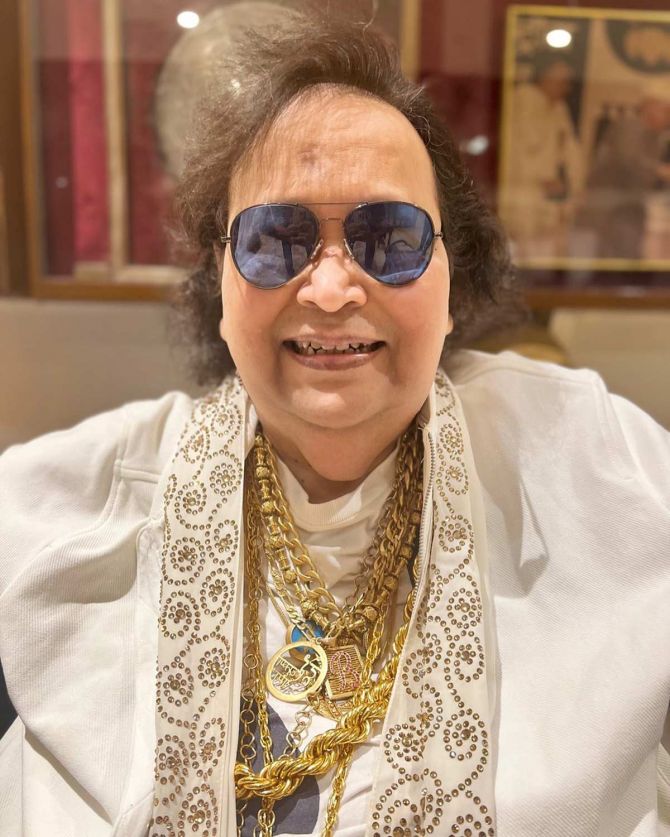 Last year, in April 2021, the whole music industry had gone stunned and shocked after it was reported that veteran singer, Bappi Lahiri had been admitted to the Breach Candy Hospital in Mumbai. The reason behind his hospitalisation was none other than the life-threatening virus, COVID-19. However, the iconic singer was discharged from the hospital within some days. 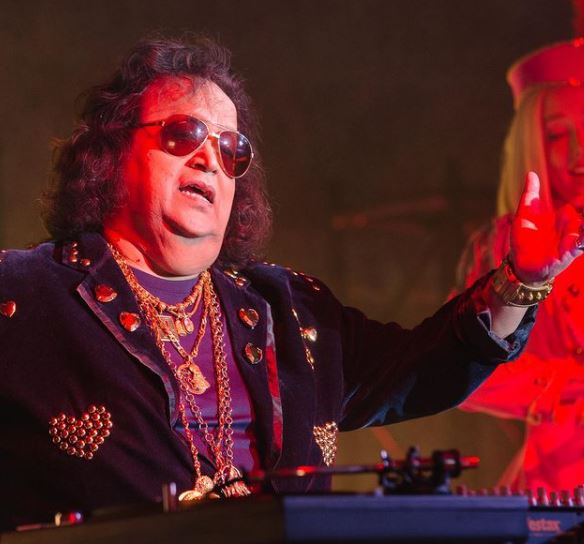 On September 20, 2021, Bappi Lahiri had taken to his Instagram handle and had dropped an official statement from his side, addressing all the speculations and reports suggesting that the iconic singer had lost his voice during his treatment of a lung ailment caused due to COVID-19. Smashing all the rumours, Bappi Lahiri had clearly stated that this was just a perfect example of false reporting by the media. Showcasing his extreme disappointment, in his statement in the picture, Bappi had written:

"Disheartening to learn about certain media outlets putting out false reports about me and my health. With the blessings of my fans and wellwishers I am doing well! Bappida." 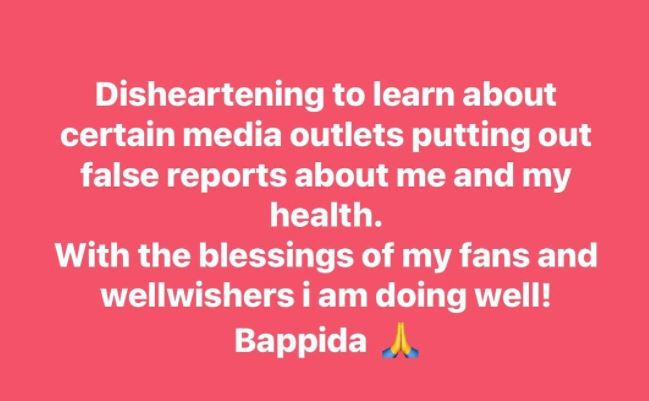 According to a report in the Mid-Day, Bappi Lahiri's son, Bappa Lahiri, had also spoken about his father's health and had opened up about the confusion circulating around Bappi Lahiri's voice during his interaction with the media. The doting son had explained that doctors had advised his father to talk only in emergency cases for some time. Bappa Lahiri had said:

"He has been advised not to talk as part of the recovery. That's why onlookers wonder if he has lost his voice. But his spirits remain high. The virus has slowed him down; he gets tired easily, but there is no cause for alarm. He is on the road to recovery." 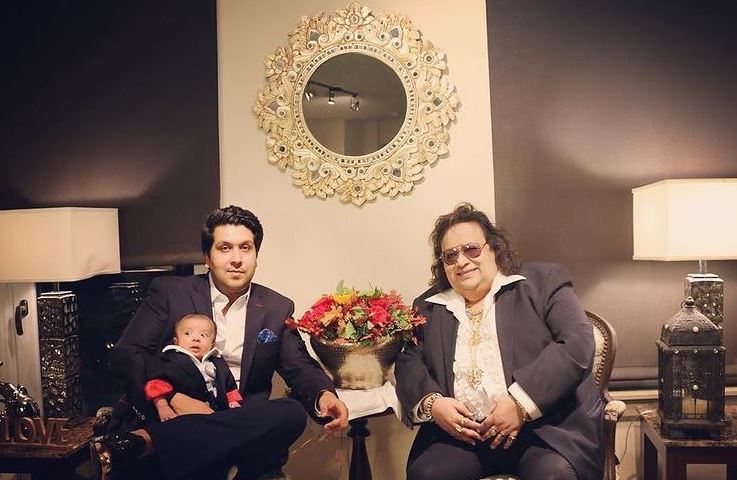 Also Read: Vikrant Massey Will Tie The Knot With Sheetal Thakur In A Traditional Wedding, Post A Court Marriage 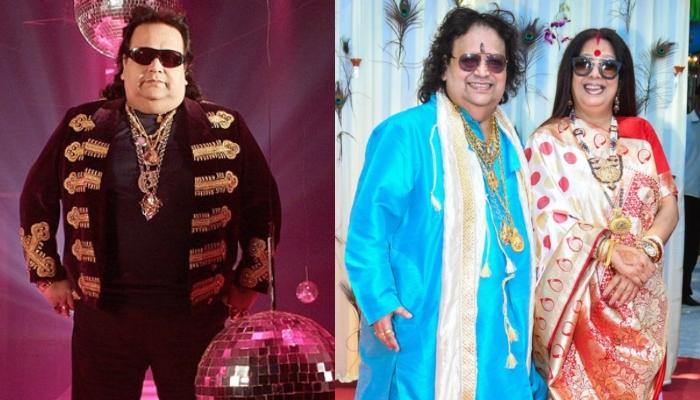 Iconic singer and musician, late Bappi Lahiri, needs no introduction as he was often regarded as one of the most versatile composers of all time. However, he was renowned for extensively introducing synthesised disco in Indian cinema. Bappi Lahiri had given some incredibly famous tracks in the late 1970s-80s in