Ayushmann Khurrana has been a pillar of strength for Tahira Kashyap all throughout her cancer battling journey. Scroll down to have a look at the lovely pictures of the lovebirds from their outing!

It is rightly said that devoting oneself to the happiness of others is certainly an obligatory state for the genuine happiness of one’s own self. It seems that famous Bollywood actor, Ayushmann Khurrana, who has been excelling in his career like how, is living up to this phase to the fullest for he has been seeking happiness in his wife, Tahira Kashyap's happiness. When two people walk down the aisle, they take certain vows and one of them is the oath of togetherness during all ups and downs of life. Ayushmann Khurrana has been living up to the same for Tahira Kashyap by being there for her all throughout her battle with cancer.

It is known to all that Ayushmann has been a strong support for Tahira and proved to be one of the best husbands in the world. Right from spreading optimism in Tahira's attitude, making her feel loved, wanted and special to keeping Karwa Chauth fast for her when she couldn't, Ayushmann has been doing every possible thing to be the pillar of strength for her during her fight with the Big-C. Now, he has done another special thing for his ladylove by whisking her away to baroque architecture and rugged Alpine terrain, Austria. (You May Like: Soha Ali Khan Reveals Her Daughter, Inaaya Naumi Kemmu Is Crazy About Lipsticks)

Ayushmann Khurrana Compares His Wife, Tahira Kashyap To Marilyn Monroe As She Stuns In A Bikini Top Earlier a Mumbai Mirror report had quoted a source as saying, "Ayushmann had been looking forward to the break as he has worked continuously for the last six months. They will be exploring the scenic Salzburg and Altaussee.” Similarly, Ayushmann and Tahira are now spending quality time with each other in Austria. Unlike many celeb couples, Tahira and Ayushmann are keeping it a low-key and can be seen playing board games, reading books and enjoying their long walks during their stay there. It was on August 24, 2019, that the much-in-love couple had left for their week-long vacay. (Also Check: Sameera Reddy Shares Cute Pictures Of Her Baby Girl, Nyra, Reveals How She Is Celebrating Every Day) Ayushmann recently took to his official Instagram handle and documented his trip on social media by penning, “Sukoon ki talaash mein duniya ghoom lo. Hota tumhare andar hi hai.” On the other hand, Tahira kept it a little playful as she took a dig at her hubby’s competitive spirit. She wrote, “@ayushmannk btao kaha gayi determination!! He was so determined to beat me that he got the chess to the room!” Atop another post, she wrote, “Grumpy boy just lost a game of chess.” Along with her post, she wrote, "Vacationing after a loooong time. Last year was tough! We literally had the best of both the worlds. There were the best of highs and the best of lows too! Though my heart is full of gratitude for both and I don’t know how to explain that! But I needed this calm. This time. This peace. Life is beautiful with you @ayushmannk.” Take a look at all the pictures and a video right here: 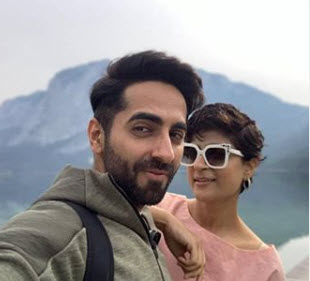 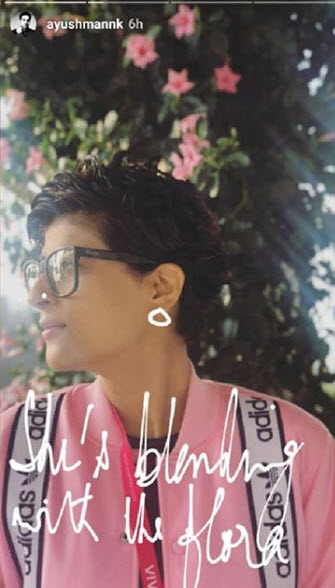 They look so refreshed and happy, no? Once in an interview with Pinkvilla, Ayushmann had poured his heart out about everything he had gone through when Tahira’s cancer was diagnosed. Ayushmann had then said that he started looking life with a different perspective, "I think I have started looking life in a different way altogether. I'm happier has a persona, I'm more patient as a person. Small things don't bother me anymore because with an issue like that you have to have a very healthy and happy state of mind because you are also working at the same time, two films were releasing, and she was in the hospital.” (Do Read: Karanvir Bohra's Daughters, Vienna And Bella Share A Cute Birthday Wish For Their 'Daddy') 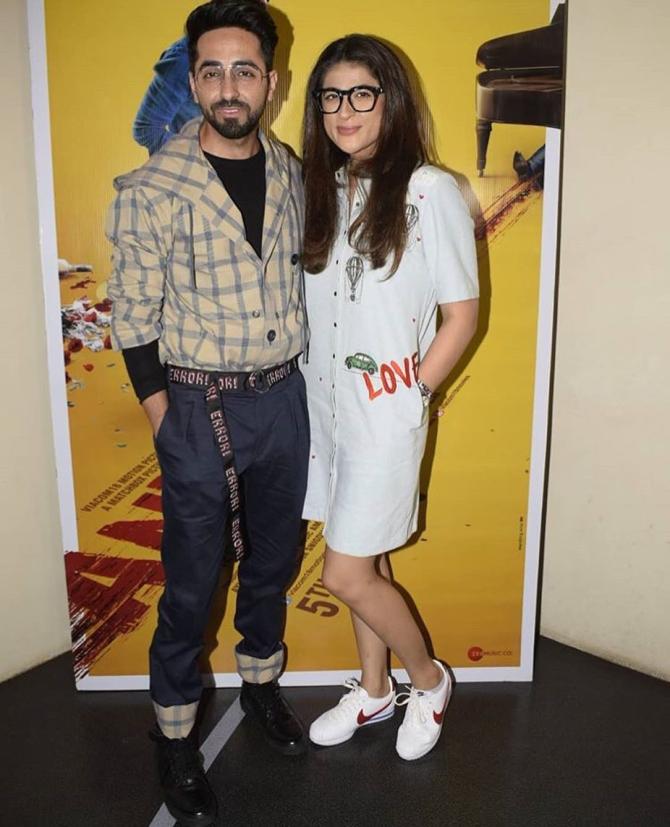 Further sharing how he had juggled in between his professional and personal life due to the disaster that had befallen them, the doting hubby had remarked, “So, in the morning I used to promote my films and go back to the hospital in the night. I was sleepless for seven nights and seven days. It was not easy but since she was positive, she inspired me a lot. We were also lucky enough as we got to know about it at the early stage that's the silver lining. We decided to keep it positive." 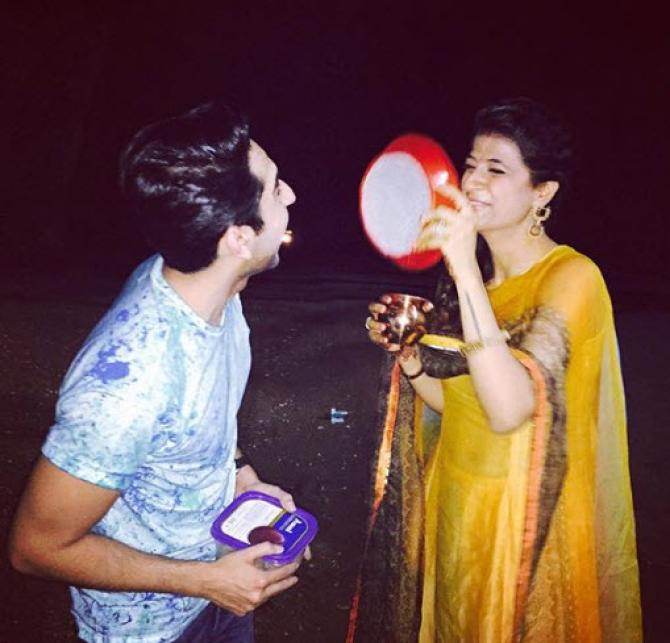 On the work front, it was reported last year that Tahira was all set to make her directorial debut with a slice-of-life film, which means a portrayal of mundane experiences in entertainment and art. When Tahira was diagnosed with cancer, the project was put on hold and now it is reported that she will resume working on it. As per a source, “Now, she is doing pretty good with the treatment. Once they are back in Mumbai, Tahira will continue to fine-tune the script, while Ayushmann will get back to his next release.” On the other hand, Ayushmann will next be seen in Dream Girl, directed by Raaj Shandilya. (Checkout: Alia Bhatt's Mother, Soni Razdan Pens A Special Note For The Actress And Her Sister, Shaheen) 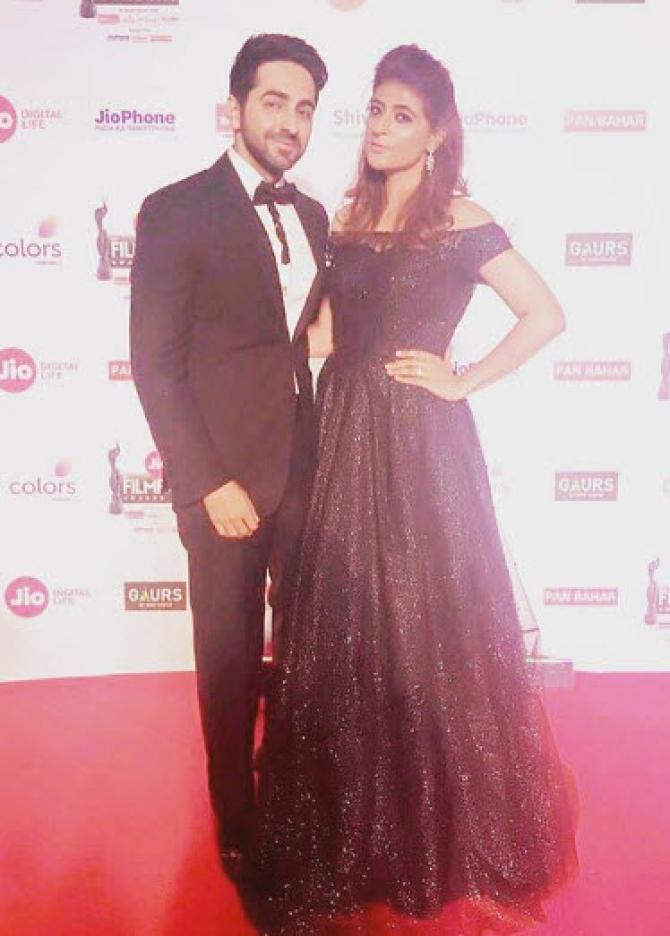 We are anxiously waiting for more pictures and videos, Tahira and Ayushmann! 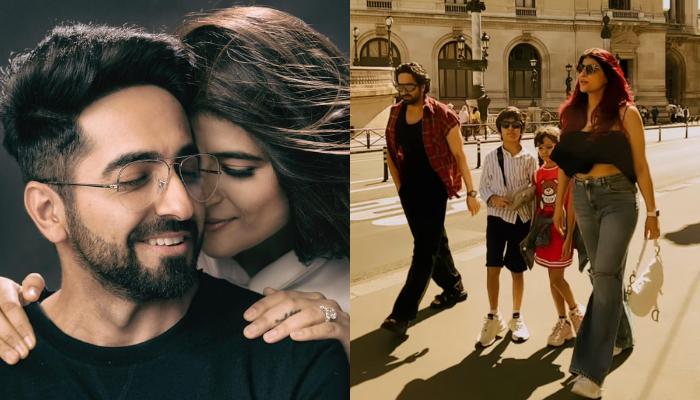 Ayiushmann Khurrana is walking in the air as he is out on a trip to Paris with his darling wifey, Tahira Kashyap and their two little ones, Virajveer and Varushka. A family vacation is always a fun-filled and most cherished experience. As the handsome hunk, Ayushmann has taken his clan