Television actor, Karanvir Bohra turned a year older, and while his friends and family blasted him with lots of birthday wishes, it is his daughters, Vienna and Bella, who penned a cute wish for him! 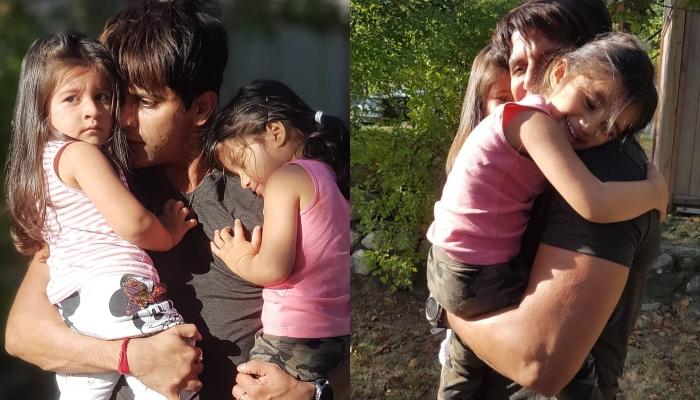 Daughters know how to brighten up the world with their innocent eyes and chirpy laughs. They are their dad’s little princess and mom's world. And television actor, Karanvir Bohra is blessed with not just one but God's two little angels. (Recommend Read: Unseen Picture Of Neetu Kapoor From Her Chooda Ceremony With Close Friend, Rekha Performing Rituals)

Karanvir and Teejay were blessed with twin fairies on October 19, 2017, and they lovingly named them, Bella and Vienna. Their entire world changed with the arrival of their daughters and their Instagram feeds is an ode to their happy days.

On August 29, 2019, Karanvir turned a year older, and his family and friends blasted him with happy wishes. However, it is his daughter, Bella and Vienna that gave him the tightest hug as a gift on his birthday and their mother, Teejay captured the moment on her camera. She took to her daughters' Instagram handle, and wrote a cute wish for him, "VIENNA - #Happybirthday to my Dad! I was so happy to see him today!! He came to pick us up from school.  I love you #Daddy, and I missed you so much!!" Take a look at it below: 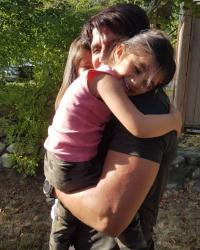 Teejay also shared a long note for her husband, Karanvir on his birthday. Her post can be read as, "What a shock the #babies got when their #Dad picked them up from school today! This is the greatest joy, the greatest gift.. being wrapped up in the #love of your #children. I always say there is only one question you need to ask yourself when choosing a life partner.. 'Would I want my children to be just like him?' That's how I knew you were 'the one,' sweety. I see so much of you in #Bellaand #Vienna.. the best of you.. and that makes me so #happy. So #grateful I got you. You are a terrific Dad, a terrific.. everything! (The list is too long!) Happy to you again, #sweety!" 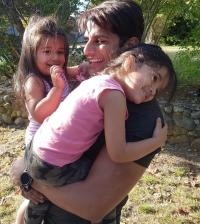 In an interview with The Times of India, Karanvir had talked about embracing fatherhood, and had shared, "I am doing everything, right from feeding them to changing their diapers. But the best part of having twins is that they are double bundles of joy. One is my Goddess Lakshmi and the other is Goddess Saraswati. What is surprising is that they both get hungry at the same time, both want to sleep at the same time, and they cry and laugh at the same time. Teejay and I are blessed." (Also Read: Calendar Girls's Akanksha Puri Gets BF, Paras Chhabra's Name Inked In A Special Way On Her Birthday) 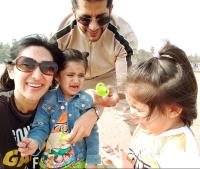 Last year, Karanvir had entered the reality show, Bigg Boss, in an interview with Times Now, Karanvir had stated how much he missed his family. He had said, “Man, you know what, I really missed changing diapers in the house. Teejay was managing both the kids without me outside and she was also handling my social media. One thing I feel about is being away from her for three and a half months.” 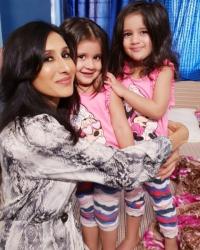 Teejay had also talked about her motherhood journey, and had stated, "Teejay had also opened up about her motherhood journey, and had said, "It’s been a terrific journey! I had children after nine years of marriage, so I had plenty of time to travel, chase dreams, and spend some wonderful time with Karanvir. I did almost everything on my bucket list. The babies came at a time when I was ready for children. They were not planned, but in my life, I have always trusted God’s timing – he knows best, and he knew best this time too. Motherhood is such a joy!" (Don't Miss: Janhvi Kapoor's Half-Siblings, Anshula And Arjun Kapoor's Adorable Reaction On Gunjan Saxena Poster)