One of the most gorgeous and gifted actresses in Bollywood, Riya Sen, has had beauty and talent flowing in her genes. Daughter of the superstar, Moon Moon Sen and granddaughter of the legendary actress, Suchitra Sen, Riya never really had to look far away from her for some acting tips and guidance. When Riya first stepped into Bollywood and did her first film Style, people declared her as the next big thing. A star in the making. A force to be reckoned with. 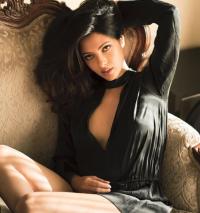 However, destiny had some other plans in store for her. It was her lack on choicest roles, controversies, love affairs which gained prominence over her acting brilliance. A few failed projects and Riya was soon labelled as ‘just a pretty face’. While her acting and talent took a backseat, it was her high-profile love affairs that hogged the spotlight. Let’s take a look at Riya’s extravagant love affairs.

Before John had met Bipasha and had a long relationship with her, it was Riya who had walked into his life with the same amount of passion and fondness. Sen was yet to star in her debut film and John was still a struggling model when they first met. Sparks flew, and the duo came closer than expected within a few days. It was reported that John had fallen so head-over-heels in love with Riya that he immediately wanted to marry her.

However, Riya’s first film came along, and the success made her decide not to get into a wedlock just at the starting of career. The duo tried to keep their relationship intact but John’s struggle to make it as a top model and Riya’s budding acting career drifted them apart. 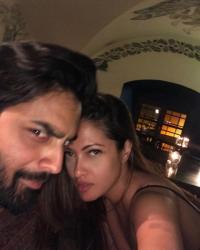 It was during the shoot of their movie, Silsiilay, that both Riya and Ashmit grew fond of each other. Onscreen romance soon turned into a passionate offscreen love story. Parties, events, vacations; the duo could be seen everywhere together. While everyone in the industry and all their fans thought that the duo was meant to be together, a storm of a controversy broke apart their relationship. In 2005, a video of Ashmit and Riya getting intimate had leaked out. While Ashmit claimed that the video was real, Riya Sen totally denied it and said that it wasn’t her in the video. Both, Riya and Ashmit went underground post the MMS. Many reports also claimed that it was Ashmit who had leaked the video to gain publicity.

Needless to say, the video and the controversial theories around it, made them move far away from each other. Talking about the MMS, Riya had said:

“I thought there were people waiting to pull me down. Surprisingly, the support I got from all quarters was amazing. I am stepping out with more confidence and respect than ever before. I feel like it's my second beginning, my second life. I can't recall who told me about it, but my first reaction was how do I handle the situation.' Another important thought that struck me was about facing my parents.”

She further went on to say:

“But, I am lucky to have such wonderful parents. The topic hasn't been broached at home, at all. My parents have helped me overcome this disturbing phase. Anyone in my place would have had a nervous breakdown. It was a phase, so dreadful that I just want to forget it. Everybody around me says it's him. But I don't want to believe it. I trust people more than ever today. How can I not? I was overwhelmed by everybody's love and support. I've started to value and respect people more than ever. My belief in God has grown.” 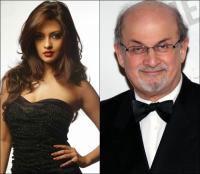 After the whole controversy with Ashmit, Riya concentrated on her career between 2005-08. Her music videos, films made quite a buzz. It was in mid-2008 that Booker prize winner, Salman Rushdie, strolled into her life. As per reports, the duo met at a club and Rushdie gave her his phone number. It was also reported that Rushdie had invited her to New York to be with him. What made the couple head for splitsville is still not known but long-distance and the humongous age difference between the two have often been cited as the reason.

In an interview, when asked about what they talk about, Riya had said:

“When I have a private conversation with someone, I don't disclose that conversation to anybody. We have spoken about almost everything under the sun. I also learnt from him that he knew a lot about my mom and dad. Most men flirt with me. Frankly, I wasn't going to talk about Rushdie to the press. In the beginning, it sounded like fun. But of late, it had begun to affect my health.  I am single and eligible, and I don't think that I have to settle for a married man.”

Indian cricket team’s star player back then, Yuvraj Singh, was the next one to bold her with his magnetic personality and reputation. Yuvraj had just broken up with Deepika and was looking for a partner. The duo apparently met at a party and instantly hit-it-off. But, before the relationship could materialise into something more and beyond, the couple parted ways due to very different temperaments. 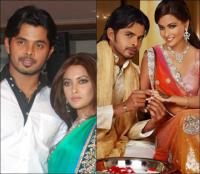 After Yuvraj’s exit, Sreesanth entered the crease of Riya Sen’s heart. Just like Yuvraj, the duo met at a social gathering and were inseparable post that. So much so, that at all the matches that Sreesanth played in 2011, Riya was spotted in the VIP box. The couple dated for almost a year, before Sreesanth was mired into a series of controversies and Riya distanced herself from him.

Don't Miss: Men In Ameesha Patel's Life: Allegedly Her Relationship With The 1st Broke Off Because Of Her Father

In an interview, when asked about her relationship with Sreesanth, Riya had said:

"Guys, please! I am not dating Sreesanth! I just attended 3 matches for Kochi and that's that! It was work! So ... Rest ur imaginations" 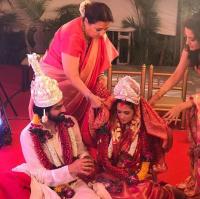 Riya Sen got married to her long-time beau Shivam Tewari on August 16, 2017, in a lavish ceremony in Pune amidst her close friends and family members. Talking about how she met Shivam and their marriage, Riya had said:

“According to me, it's a leap of fate. Marriage doesn't guarantee anything, it doesn't come with perfect settings. Marriage largely entails love, respect, honesty, understanding and trust between two people, which only you can create for yourself to make it last. I think cheating is by choice not by accident. I think, real men/ women stay faithful because they love who they've chosen. There's something wrong with your character if opportunity dictates over your loyalty.”

Now that she has found love in Shivam Tiwari, we wish Riya a very blissful married life ahead and years and years of togetherness! 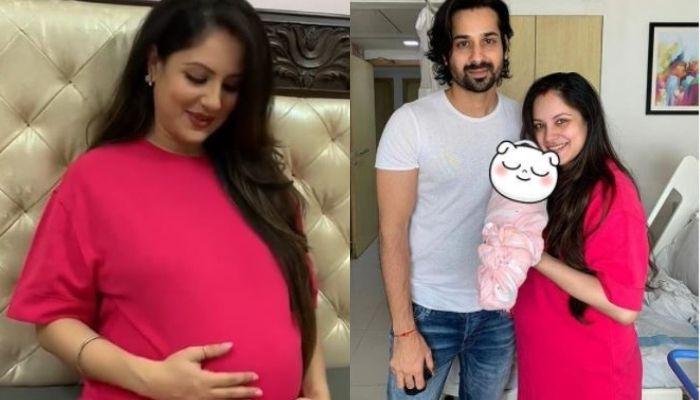