Avinash Sachdev Opens Up About His Relationship Status With Palak Purswani

Avinash Sachdev Opens Up About His Relationship Status With Palak Purswani

Avinash Sachdev has managed to grab the attention yet again for his love life. Read the story to find out what he said about his relationship with Palak Purswani. 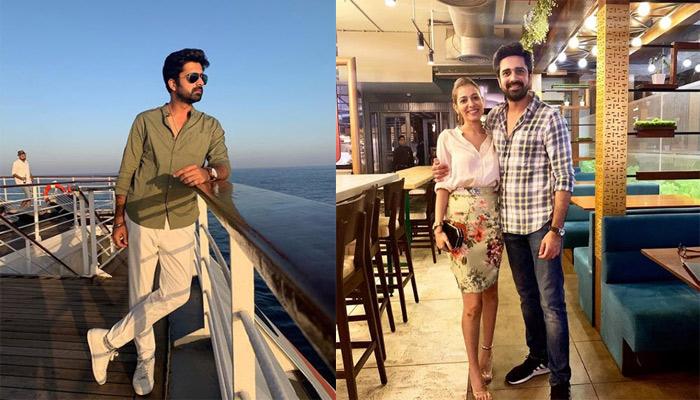 Falling in love with the right person and finding the perfect match is a task in itself. However, once you fall in love, the feeling is a pure bliss. All the moments spent with your loved one seems to be less, no matter how much you meet. 2019, has been the year of confirming the relationship status by our celebs.

Avinash Sachdev manages to grab the spotlight for her personal life. The Main Bhi Ardhangini actor, has found love again in Splitsvilla fame model-turned-actress, Palak Purswani. The two have been spotted spending some time together and the same can be seen through their respective Instagram handles. The two have been reportedly dating, however, neither of them accepted their relationship until earlier this year. (Recommended Read: Misha Kapoor And Brother, Zain Kapoor Celebrated Their Combined Birthday Party [Pictures Inside]) 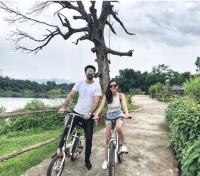 In an interview with the Bombay Times, Avinash opened up about his relationship status with Palak. He was quoted as saying, “Palak is also a Sindhi and for the first time, I am in a relationship with someone from the same community. We have similar tastes, too. Life is looking good again, but I want to give this relationship more time before I take the plunge. All I can say is, we are more than friends, but we haven’t thought of anything beyond that.” 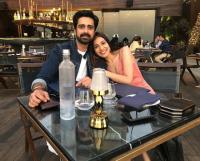 The two have been sharing a lot of pictures from their vacations on Instagram, confirming their relationship. When asked about Avinash as a person, Palak had said, “He is an extremely nice person and can befriend anyone. He is easy to get along with. While we know that things are positive between us right now, it will be some time before our parents meet and decide on a future for us. Currently, we are just in a happy phase, discovering each other as individuals." (Suggested Read: 'Taarak Mehta Ka Ooltah Chashmah' Fame, Priya Ahuja Rajda Is Expecting Her First Child [Pics]) 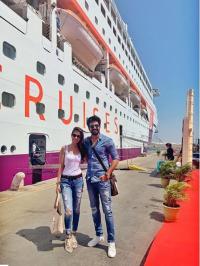 A few days ago, on August 22, 2019, Palak had taken to her Instagram handle and had shared a heartfelt birthday wish for her most favourite human. She had posted a picture from their vacation and had captioned it as, “I don’t even know where to start like I wouldn’t be the person that I am now without you coming into my life. You make every day an adventure and I can't wait to explore the rest of my life enjoying the world with you! Happy birthday to my most favourite human. @avinashsachdev.” Take a glance at the birthday wish:

Earlier, in an interview with BollywoodLife, when Avinash was asked about his personal life, he had stated, “Nothing is happening on the personal front!" When probed a little further, he had added, "I'm just focused on work. Currently, I'm just open to do good work. I don't want my mind or heart to run that way. It takes a toll on your life (if things don't fall in the right place). If you find the right girl, you won't even realise how smoothly it goes but if you don't then your life can be jhund. But I'm not ready for a relationship, at least for 2 years. My family is obviously concerned about it, but I have told them." And further went on to add, "Frankly, I don't even have her number. I get to know about it through a few mutual friends that she is happy in her life, but I don't have any further idea.” 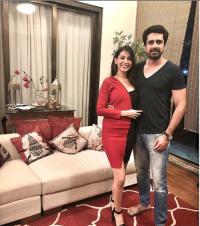 Avinash was earlier married to his Iss Pyaar Ko Kya Naam Doon?... Ek Baar Phir co-star, Shalmalee Desai. Before marrying Shalmalee, the actor was rumoured to be dating his Chotti Bahu co-star Rubina Dilaik. The actor had fallen in love with his co-star, Rubina on the sets of the show and dated for four years. However, Avinash and Rubina had ended their relationship and in 2015, he tied the knot with Shalmalee. But due to compatibility issues, they had also parted ways and were granted a divorce in 2017. (Must Read: Chhavi Mittal Teaches All Moms Not To Put Pressure On Their Newborns, Stresses On Natural Delivery)

Avinash and Palak look adorable together. What do you guys think?