As Ayaz Khan turned a year older on October 1, 2020, his ex and friend, Aarti Singh penned a heartfelt wish for her 'closest person' and celebrated his birthday eve with a grand feast.

Of course, there isn’t one-size-fits-all guidebook in a relationship, but some couples have beautifully proved that exes can be friends. Gone are the days when post breaking up with your partner, you won’t see their face ever again as now, some prefer to stay friends with their exes. The one with whom they had shared countless beautiful moments and who once meant the world to them, they make an effort to stay in touch with them post-breakup. Bigg Boss 13 finalist, Aarti Singh and Dill Mill Gayye fame, Ayaz Khan are perfect examples of the same. (Also Read: Hina Khan's Beau, Rocky Jaiswal Wishes Her On 33rd Birthday With A Video Of Their Beautiful Memories)

Aarti Singh and Ayaz Khan had dated for three years before they had moved on in their lives. During Bigg Boss 13, rumours of Aarti and Ayaz’ secret wedding had emerged on social media and the former’s sister-in-law, Kashmera Shah had clarified that these were just mere speculations. Even Ayaz was contacted by a media portal to comment on the same, and he had laughed of the rumours, clarifying that he and Aarti were never married. But such rumours and news had never affected Ayaz and Arti’s relationship.

Has This Handsome TV Actor Cancelled His Wedding Because Of His Actress Ex? When Ayaz Khan celebrated his birthday on October 1, 2020, his special day was made even more memorable by his wife, Jannat Khan and his friends from the industry. Ayaz was pampered by his wife with a feast on his birthday eve and he celebrated the day, with his family by his side and his ex-turned-friend, Aarti Singh. Aarti also celebrated the birthday eve with Ayaz and family, and to mark the special day, the actress wrote, “Happy birthday ayazzzzzuuuuu. May god give you so much happiness and success.. mera pagal dost... I phone merc and tickets to Switzerland reaching u in an hour ... gift @ayazkhan701.” 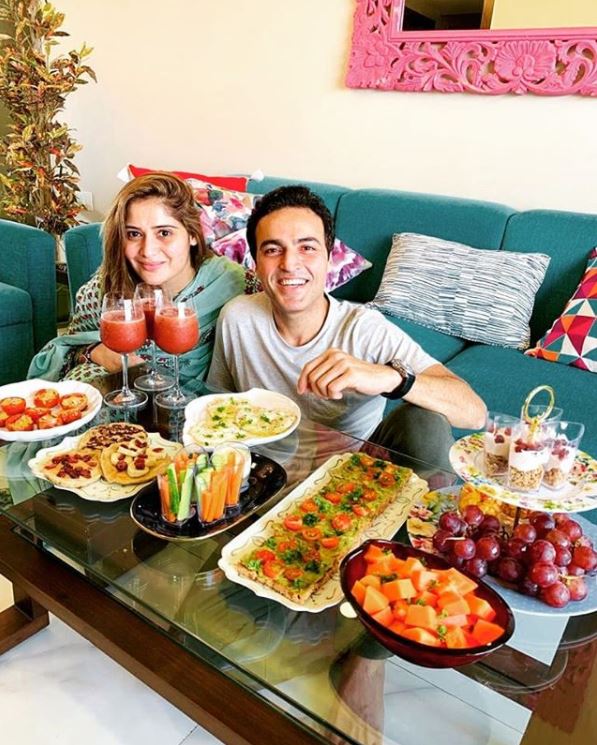 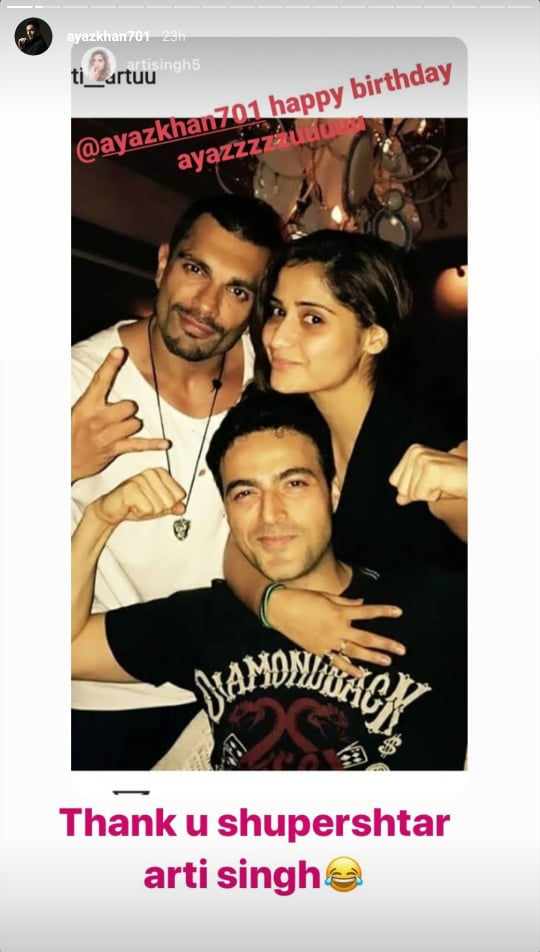 In 2016, answering people who kept on asking how can you be friends with your ex, Aarti Singh had posted a picture with Ayaz Khan taking care of her when she was sick. Aarti had captioned it, "First thing old pic, nothing has happened to me. Writing this after got calls from people who care. People often ask me how you can still be friends with the person whom you have dated, because of all this. Maybe relationship doesn't last but you can't forget the care and love you got once. Still my closest person. Thank you ayazu for always being there no matter what. I know you will say kya likhne ki Jarurat thi, but you know me I care a damn. People who love me will never ask for an explanation. You are one of the best human beings. And now toh I can write also- my closest person, some relation are beyond explanations. Love you always.” (Also Read: Riteish Deshmukh Shares His 'New Bearded Look', Gets Approval From Wifey, Genelia Deshmukh) On March 17, 2020, Ayaz Khan and Jannat Khan had completed two years of successful married life and his ex, Aarti Singh had posted pictures of the husband and wife. Aarti had posted beautiful pictures of Ayaz and Jannat, and had captioned it as “Happy anniversary mere Doston @ayazkhan701 @jannatkhan1618.! May God bless you both and keep both of you always happy. Love you both so so much.” 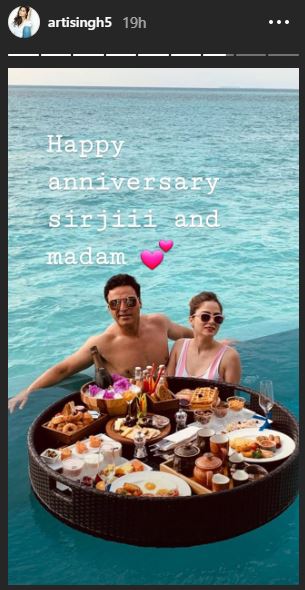 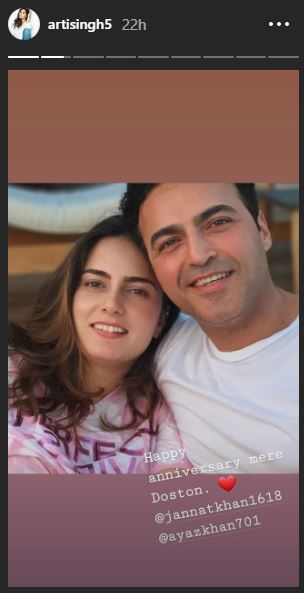 In a throwback interview with The Times of India, Aarti Singh had spoken about her breakup with Ayaz Khan and the relationship they share post parting ways. Aarti had said, "It's strange that it took us three years to realise that we are two different people, who aren't on the same page on many issues. We tried to salvage the relationship, but it wasn't meant to be. Some friendships shouldn't graduate to love or marriage. Having said that, we continue to be best friends and are there for each other. It's unfortunate that we couldn't become life partners." (Also Read: Anita Hassanandani Asks For A Diamond From Hubby, Rohit Reddy, His Reply Is Every Husband Ever) We wish a belated happy birthday to Ayaz Khan!