In a recent interview, Arjun Kapoor once again found himself talking about his half-sisters, Janhvi Kapoor and Khushi Kapoor and his and Anshula Kapoor’s relationship with them. 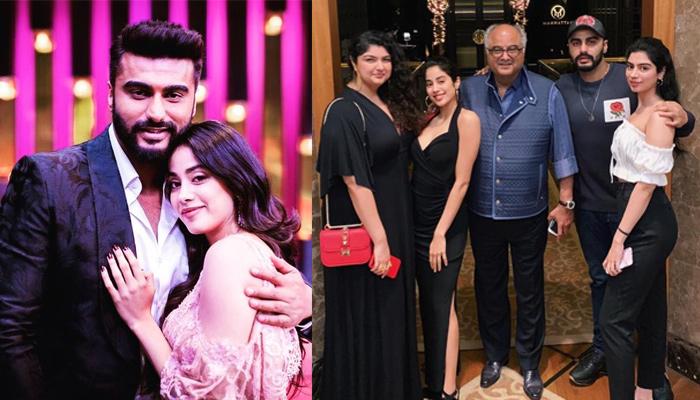 We love our families and can’t even think of living without each other, even if we are not physically present with them. One phone call and you will know that they will be there for you when the rain starts to fall (quoting the F.R.I.E.N.D.S. theme song). But what if any misfortune befalls you and your family breaks? We even shudder to think of such a circumstance, right? Something similar happened to the Kapoor family when Boney Kapoor left Mona Shourie Kapoor and went on to marry Sridevi. Boney and Sridevi are blessed with two daughters, Janhvi Kapoor and Khushi Kapoor and Boney and Mona together had two children, Arjun Kapoor and Anshula Kapoor. Post Boney and Mona’s divorce, the latter’s children didn’t share a good bond with their half-sisters, only until February last year. (Do Read: Chhavi Mittal Shifts To Her New House, Completes All Pending Deadlines On Her 41st Week Of Pregnancy)

It was a gloomy Sunday morning on February 24, 2018, when we woke up to the unbelievable news of Sridevi Kapoor passing away all of a sudden. Apart from the hue and cry among media and the masses, one could spot Arjun Kapoor and Anshula Kapoor standing by their grieving father, Boney Kapoor and their half-siblings like a pillar. And since then, be it shutting down trolls, enjoying a chill-time with family, pulling each other’s leg, posting encouragements for each other and what not, Arjun Kapoor, Anshula Kapoor, Janhvi Kapoor and Khushi Kapoor have been there for one another. 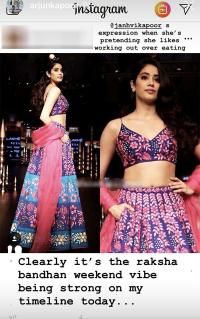 In interviews and chat sessions, Janhvi Kapoor and Arjun Kapoor often find themselves in the midst of questions asking them to talk about the relationship between the half-sibling lot and they never shy away from being all praises about each other. In a recent interview with the Mumbai Mirror, Arjun once again, found himself talking about his half-sisters, Janhvi and Khushi. Speaking about his and Anshula’s relationship with them, Arjun said, “I am still discovering them, and I don’t like to speak too much about it as mujhe lagta hai ke nazar na lage. We were brought together by the worst of circumstances but we are trying to make the best of it. There is a long way to go before I can truly say that I know them inside out. We have a WhatsApp group that keeps us connected all the time.” 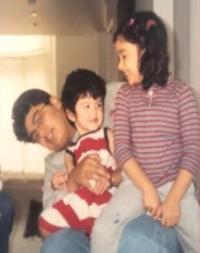 In yet another interview with SpotboyE, Arjun Kapoor was told by a journalist that he was a ‘hero’ to have flown all the way to Dubai (where Sridevi had passed away) and stand by his father. To which, Arjun had said, “You are using a very big word- hero. I understand what you are saying. But I couldn't keep thinking about what people would think of me. I did what I felt was right. If I had collected too much opinion, it would have been just manipulative and without any emotions.” (Must Read: Varun Dhawan Celebrating Natasha Dalal's Birthday Makes Us Want To Say 'Boyfriend Ho Toh Aisa') 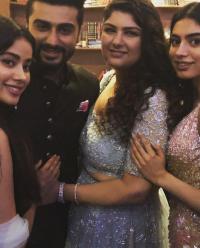 Arjun Kapoor had further added, “The only person I called was my mausi. She supported me. She said: Do what you think is right. It was a very unfortunate circumstance that brought people together to figure out how can they can support and help each other, to form and maintain an equilibrium in each other's lives. Anshula and I will always be there for Janhvi and Khushi whenever needed. It has been very tough on them. Until then, they had led a nurtured and sheltered life. I want to be a supportive brother to them (pauses).” 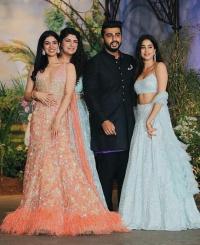 What made Arjun Kapoor stand by his family when they didn’t share a very warm bond? The Panipat actor had revealed, “I am happy that I followed my instinct.  I have no regrets. But I would never wish such a thing to happen to even my worst enemy. I wish it hadn't come to that thing for us to react towards each other. Even my mom would have wanted it this way, and not that I was doing a heroic act. My mom loved my father; she would have wanted me to be around my father in that moment of crisis, she would have wanted his near and dear ones to be near him. I know how it feels. I have seen it myself. It's not easy, my back is already broken. There is a sense of vacuum in me that only Anshula fills.” 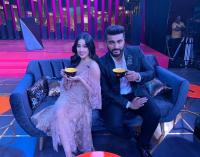 At a promotion for Janhvi Kapoor’s Dhadak, she had spoken about what half-siblings, Arjun Kapoor and Anshula Kapoor mean to her and sister, Khushi Kapoor. She had revealed, “The only reason we can stand strong after whatever happened is because of the kind of love and support Arjun bhaiyya and Anshula didi [half-siblings] have been giving us [she and her younger sister, Khushi]. It’s a family dynamic that I relish. I am very thankful for them. I couldn’t have asked for a better brother and a better sister. They have given us a lot of strength. He is a very wise man and has given tips like, ‘just be honest, be yourself and be respectful towards people.’ Somehow, when he says it, I take it as the gospel truth.” (Also Read: Anand Sonam Ahuja's First Wedding Anniversary Wish For Sonam Kapoor Ahuja, Calls Her 'Guiding Star') 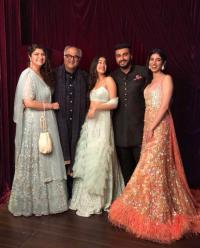 We are so happy to see the Kapoor half-sibling lot bonding so well! Don’t you feel the same? Let us know!