Ayushmann Khurrana's 'Jaan', Virajveer's Sketch Of 'Bala' Is A Hint Of How Much He Misses His Father

Ayushmann Khurrana's 'Jaan', Virajveer's Sketch Of 'Bala' Is A Hint Of How Much He Misses His Father

Tahira Kashyap posted an Insta story for her hard-working hubby, Ayushmann Khurrana which is a sketch of the poster of his film, 'Bala' made by their son, Virajveer. 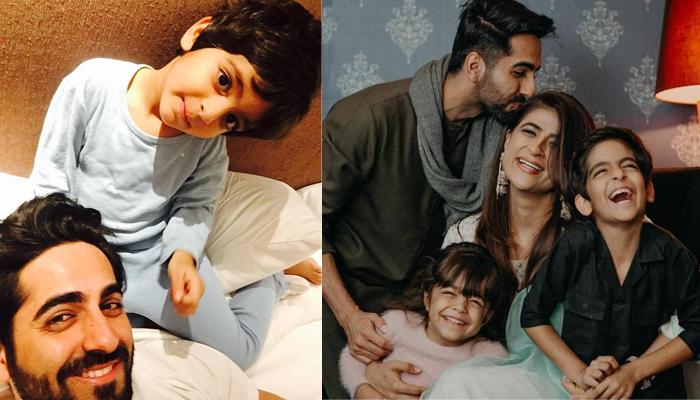 9-to-5 and 6 days a week. Hours of working but hardly any family time or for socialising as just one day off means all-day sleep for us. This is not just the story of our lives but everyone in this generation who is working day-and-night, trying to earn a living, making their life stable and sacrificing everything to climb the proverbial social ladder. Though not with the pre-defined set of hours and days of work, the lives of the celebrities are also pretty much the same wherein they get no time for their families. Time and again, B-town celebrities have expressed how they miss out on family life, due to their tight-packed work commitments. And Bollywood superstar, Ayushmann Khurrana recently got an emotional reality check for the same! (Also Read: Nihaar Pandya Is The Best Jiju As He Listens To 'Saaliyon Ke Nakhre', Shakti Feels Its Fulfilling)

With already-hit 2019 films like Dream Girl and Bala and upcoming 2020 releases, Gulabo Sitabo and Shubh Mangal Zyada Saavdhan in his kitty, Ayushmann Khurrana is having a whale of time professionally with a hat-trick run of hits. Ayushmann is happily married to his childhood tuition sweetheart, Tahira Kashyap and the lovebirds are proud parents to two super-adorable munchkins, Virajveer Khurrana and Varushka Khurrana. While Ayushmann is busy climbing the ladder of success, his wife, Tahira updates him about his kids at home and his latest Insta story is proof of the same.

With his latest release, Bala, Ayushmann Khurrana has proved that he is the man to go for if watching outside-the-box, refreshing, nerve-tickling films is what we love! It is Ayushmann’s ‘jaan’, who is recalling the value of him with a sketch of his Bala poster. Tahira Kashyap Khurrana posted an Insta story for her hard-working hubby, Ayushmann and wrote, “About time you stay more in Mumbai @ayushmannk this is the little one’s recall value of you” atop it. Ayushmann wrote, “My jaan” followed by a heart emoji. 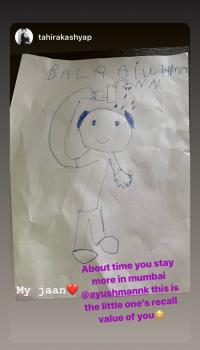 In an interview with the IANS sometime back, Ayushmann Khurrana had revealed how stardom comes at a price and had said, “I hardly get time with my family anymore. I was in Bombay for a couple of days but I hardly spent time (with my family). Living out of a suitcase is not easy. It makes life difficult.” (Also Read: Deepika Padukone Gives A Glimpse Of How Her Hubby, Ranveer Singh Is Preparing For First Anniversary) 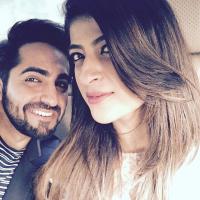 In an interview with NDTV, Ayushmann Khurrana had revealed that post-mid-November, he will take a break from work and spend some time with his family. He was quoted as saying, “All of last year and most of this year, I was shooting four back-to-back films. So this past one year was really tough. But now I am taking care of it, and I will strike a balance. I am taking time off from mid-November to be with my family. I will soon have to get busy with the promotion of Bala even as I complete my work on Shubh Mangal Zyaada Saavdhan. I haven't signed any film after Bala. After November 15, I am completely free to spend time with my family. I do realise my children are growing up and my wife needs time from me. I am making a conscious attempt to take time off work periodically.” 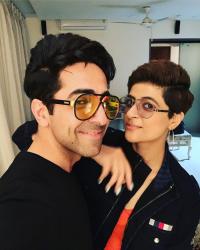 In an interview with the Hindustan Times, Ayushmann Khurrana had spoken about the upbringing of his kids, Virajveer Khurrana and Varushka Khurrana. He had remarked, “They should have a normal upbringing that we had. That’s good for their growth. They should not be thinking in their head that they are stars already. They should learn everything the hard way and that can only be possible when Tahira (Kashyap Khurrana) and I bring them up in a certain away and keep them away from the arch lights.” 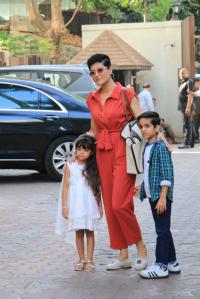 Ayushmann Khurrana had revealed in an interview with Rajeev Masand that Virajveer Khurrana and Varushka Khurrana are not allowed to watch his films. Virajveer and Varushka are allowed to see every other film - Gully Boy, Varun Dhawan's films, everything but not his movies. Ayushmann feels conscious as every film has a kissing scene so for him, it’s not right for his children to see their father kissing some other woman. Ayushmann also doesn’t want his kids to treat him like a star. When asked if they are aware of his stardom, Ayushmann had stated, “It used to be strange, but now they are fine with it. They have accepted it. The idea is to keep them away from the arclights. They should live a normal life.” (Also Read: Is Aishwarya Rai Bachchan Pregnant Again? Fans Speculate From Her Latest Appearance At Ambani's Bash) We hope Ayushmann spends the best of his break time with his family! 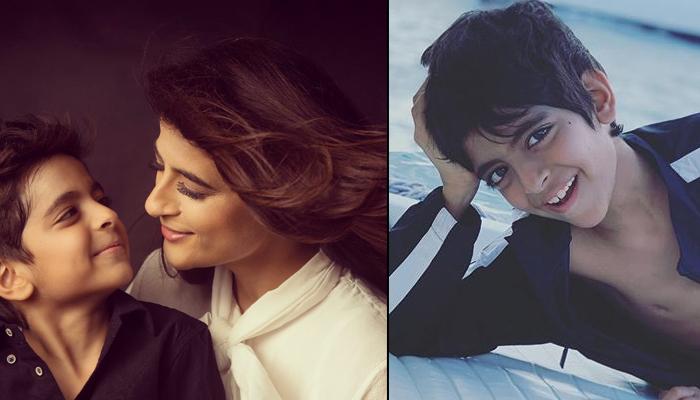 Embracing parenthood is the most blissful feeling that a couple experiences in their life and for nothing in the world, they would trade this feeling for. From the ultrasound glimpse of your little one inside you, hearing their heartbeat for the first time ever to seeing them growing steadily, the