Days before your birthday, the thoughts of what to wear, where to go, whom to go out with and words like ‘let’s do something different this time’ pop up on your mind. And what could be better than spending it with your special someone, just to make it extra special? Don’t you agree? B-town diva and the hottest mom, Malaika Arora Khan celebrated her 45th birthday on October 23, 2018, and yes, it was a super special birthday for her. (Also Read: Arjun Kapoor And Malaika Arora Khan Return To Mumbai After Celebrating Her Birthday In Italy)

Earlier we had reported it to you that Malaika celebrated her birthday with alleged boyfriend, Arjun Kapoor in Italy. They returned to Mumbai on October 24, 2018, on the same flight but avoided getting clicked on the airport together. However, a photograph of them went viral on social media where they can be seen holding hands at the Milan airport. Here’s the picture:

Also, Karan Johar shared a behind-the-scenes video from the sets of the reality show, India’s Got Talent, wherein he is wishing Malaika for her birthday and asks her about her Europe trip. To which Malaika replied, “It was trippy, lovely and blissful.” Karan further asked her the burning question, “Did you go alone?”, to which Malaika blushes and responds, “Let it be a burning question”. Take a look at the video:

In the pictures that Malaika shared on her Instagram handle from her birthday vacation, she talked about love and indicated having a special someone with her on the trip. Here’s what she captioned her photo, “We found LOVE in a hopeless place… He looks at me like nobody else does with...” and ended it with a red heart emoji. In another picture, she wrote, “Tugging at my heart strings… Sorry belt.” Take a look at both the pictures: 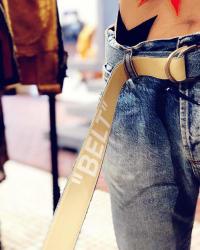 Recently, Arjun Kapoor appeared on the eighth season of India’s Got Talent, with his co-star Parineeti Chopra to promote their film, Namaste England. The episode garnered a lot of attention and TRPs because of Arjun and Malaika public display of affection on national television. Arjun decided to sit next to Malaika instead of his co-star, Parineeti on the show and the rumoured lovebirds also walked hand-in-hand on their way to the stage to shake their booty and set it on fire with their twerking skills.

Just in news, Malaika Arora Khan’s ex-husband, Arbaaz Khan confirmed his relationship with Italian model, Giorgia Andriani. As per the Times Of India reports, a source had shared, “While most B-town stars keep mum about their love life, Arbaaz has let the cat out of the bag, stating he has dated women in the past and has had relationships with a few that ended faster than he expected. But Khan admitted that he is dating and doesn’t want to “rush about anything.” While saying that he didn’t know where this relationship with Giorgia is headed, he pointed out that everyone else seems to know.” (Also Read: Arbaaz Khan Finally Accepts Dating Georgia Andriani, Says He Doesn't Want To Rush About Anything) And now it seems like Arjun and Malaika have also decided to let the cat out of the bag. A source had revealed, "Malaika is no longer keen to hide her proximity to Arjun. When she was with Arbaaz, the Khan family, especially Salman, made their disapproval very clear. But now that she has broken away from Arbaaz, she sees no reason to be coy about her closeness to Arjun. Besides, Arbaaz is also seeing someone else now."

Speaking about his marriage plans, Arjun had shared, “Dadi has never articulated her feelings so firmly. Before this, it was all said in jest, this time she’s put a tick to it. And since she has few expectations from me, I intend to fulfil this demand at the right time with the right person.” During an interview for HT Cafe, Arjun was quoted as saying, "I'll get married when Rhea and Anshula do. It could take two, four or even six years, I don't know." (Also Read: Malaika Arora Khan Feels That She Has Become A Calmer Person Post Her Divorce With Arbaaz Khan) 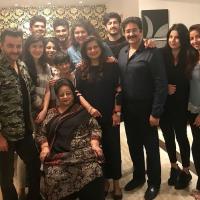 Now we are eagerly waiting for Arjun Kapoor and Malaika Arora Khan’s official confirmation about their relationship! 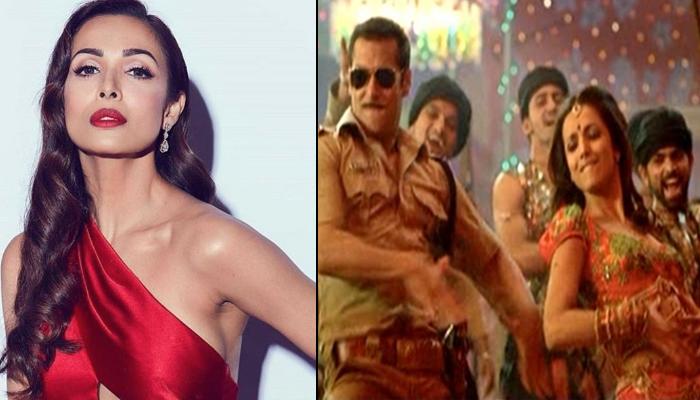 Just one glance at the 45-year-old, Malaika Arora, and you realise that even calling her goals would be an understatement as it is impossible for us to achieve what she has. Mother of a 17-year-old son, Malaika is looking gorgeous with each passing day like fine wine! In Bollywood, they say