Father's Day is around the corner and television actor, Arjun Bijlani is all set to celebrate it with his son. Check out the father-son duo's twinning picture! Gone are the days, when fathers used to be the tough man, hiding all his emotions. Nowadays, 'papa bears' are giving a tough competition to 'mama bears' in taking care of their babies. The daddies of 2020 are in love with their kids and they make sure to actively take part in their lives. Earlier, the Father's Day cards that gift shops used to have only had funny messages and there was no emotional quotient involve in it. But now, kids aren't afraid to share their deepest desires with their fathers as now they have become friends. And an exactly similar relationship is shared between television actor, Arjun Bijlani and his five-year-old son, Ayaan Bijlani. (Recommend Read: Renuka Shahane Cuddles With Hubby, Ashutosh Rana In A 'Twinning In Black And Red' Photo Collage)

This year on January 21, 2020, Arjun's son had celebrated his fifth birthday and the proud daddy had shared a picture narrating his bond with his little one. The actor had captioned his kid's picture as "Happy birthday Meri life. #ayaan." Arjun often shares snippets of his life with his on his Instagram handle.

On June 18, 2020, Arjun took to his Instagram handle and posted a twinning picture with his son. In the picture, we can see Arjun and Ayaan posing for the camera while wearing 'World's Best Dad' and 'World's Best Son' t-shirts in blue. The two were giving a cute pose and alongside it, Arjun wrote, "My life". Check it out below:

In an interview with The Indian Express, Arjun had talked about his son, Aayan. He had said, "Ayaan loves dancing. He manages to innovate his steps and moves on every beat. It’s amazing to see a four-year-old doing so well. Also, he loves watching Dance Deewane. As for kids’ participation, I think it all depends on parents. Personally, I wouldn’t like him to be too much in the limelight at such a young age."  (Also Read: Kiara Advani Shares Some Cute Unseen Childhood Pictures With Her Dad, Wishing Him On His Birthday)

Talking about Arjun Bijlani and his wife, Neha Swamy's love story, the two had tied the knot in the year 2013. In an interview with the Deccan Chronicle, Arjun had shared how they had fallen in love with each other. He had said, "We met through a common friend at a party. I found her sweet-looking and innocent. The best thing I like about her was her simplicity; that’s mainly what attracted me to her. We were just friends initially though I liked her since the day I met her. She is the perfect girl, so I confessed my feelings to her. A few days later she accepted my proposal." (Don't Miss: Jay Bhanushali Is Excited For His First-Ever Father's Day With Daughter, Tara, Shares Cute Pictures)

Well, we cannot wait to see how Arjun and his son, Aayan are going to celebrate Father's Day! 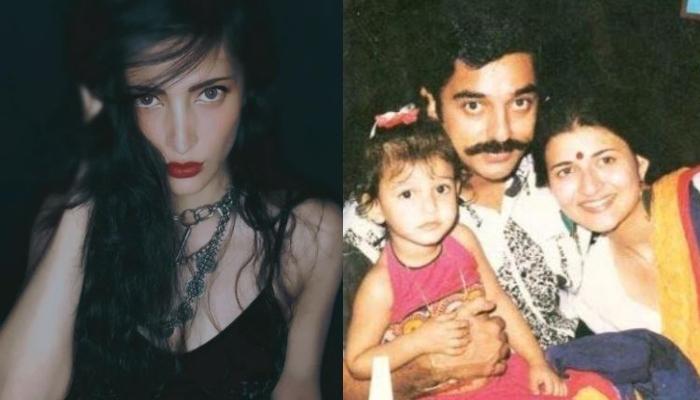