Actress, Anushka Sharma went out on a lunch date with her husband, Virat Kohli. She carried an oversized white dress, and its price might make you think that it is too high for a casual maxi dress.

Actress, Anushka Sharma is staying away from the limelight and making the most of her time in the UK with her cricketer-husband, Virat Kohli. Anushka and their daughter, Vamika, accompanied the star cricketer to England as he is leading the Indian Cricket team at the India vs England Test Series. From goofing around on the streets of England to going on random lunch dates, this couple is having a gala time.

Almost every day, pictures of the power couple, Anushka Sharma and Virat Kohli set the internet ablaze. In fact, Anushka is also very active on her IG handle and often treats her fans to glimpses of her life in England. Besides her mushy and loved-up pictures with her husband, Virat Kohli, it is her outfits that make us wonder of its whereabouts. The actress never fails to flaunt her chic and classy ensembles and makes heads turn all the time.

Recommended Read: Mouni Roy Flaunts Her Abs In A Floral Wrap Skirt And Bustier, Find Out The Cost Of Her Outfit Inside 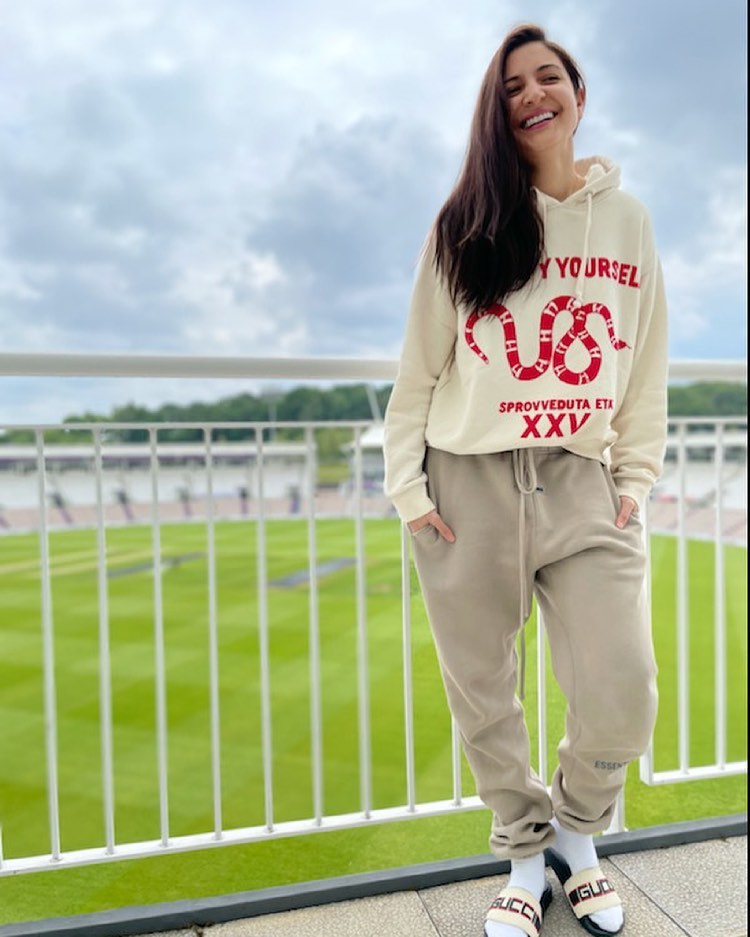 Anushka Sharma and Virat Kohli are now making the headlines as the pictures from their lunch outing at a restaurant in Leeds, England went viral. Anushka Sharma never disappoints the fashion police, and this time also she created a signature look with her oversized white maxi dress with balloon sleeves. Virat, on the other hand, nailed the t-shirt and jeans combo and completed his look in white sneakers. 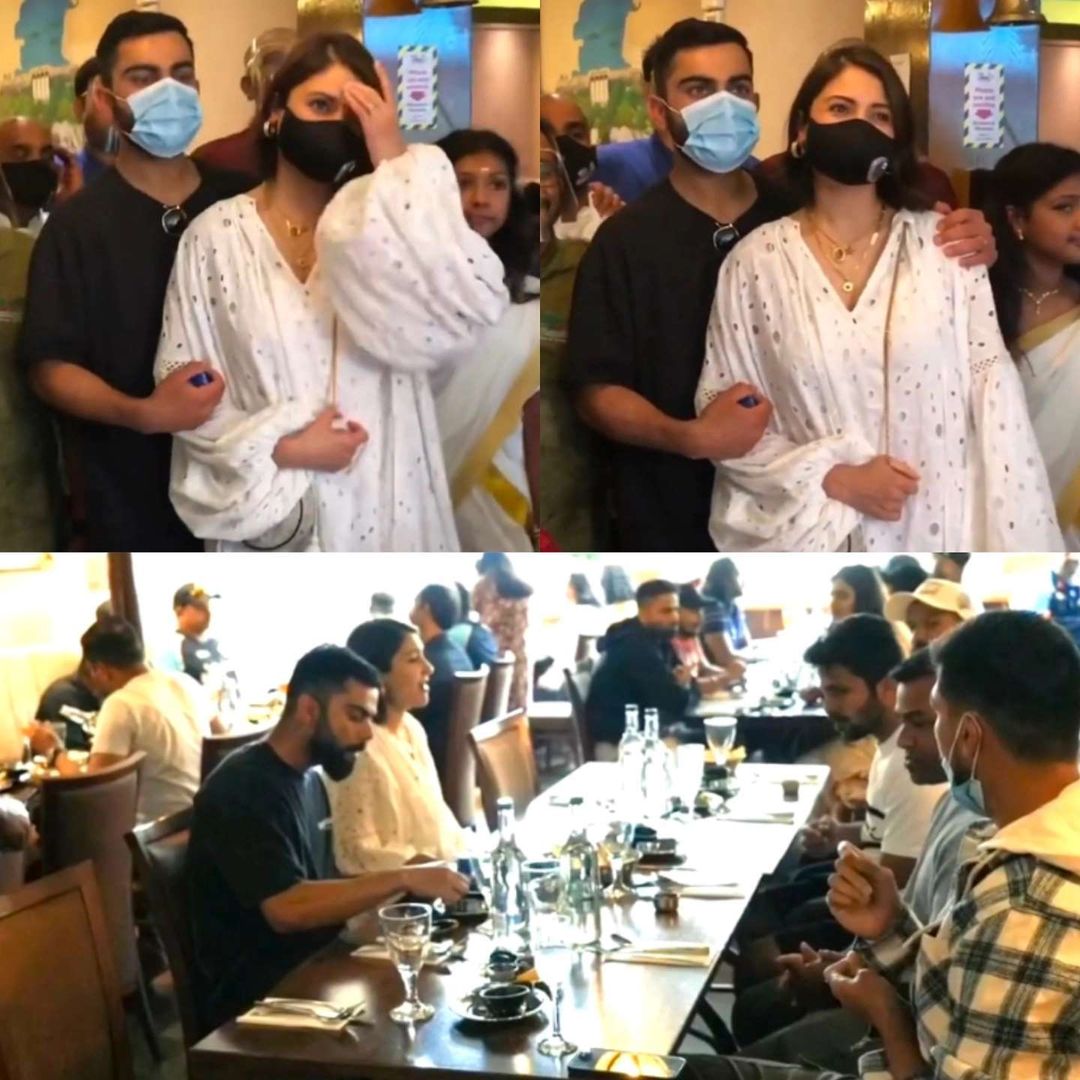 Anushka Sharma completed her look with golden hoop earrings and layered chains. She kept her tresses open and flaunted a stylish sling. Anushka's look was worthy of taking notes from it, and that made us curious about it's whereabouts. Anushka's broderie maxi dress with blouson sleeves and tie front is from the brand ASOS. On their official website, the outfit is priced at £120. On converting the amount to Indian currency, the price stands at Rs 12,200 approximately. 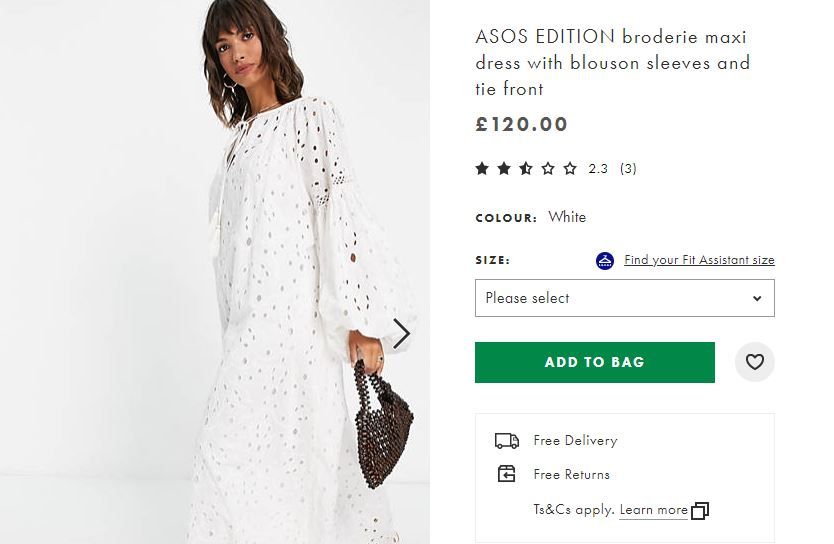 This is not the first time that Anushka Sharma has turned heads with her expensive belongings. A few days back, Anushka and Virat were out on a lunch date to a vegan cafe. Though neither Anushka nor Virat had shared any pictures from the restaurant, the duo had clicked with the restaurant's chef and he had shared it on his IG handle. That's how the picture made it to social media. In the picture, Virat Kohli was sporting a salmon pink T-shirt and grey joggers along with white sneakers. 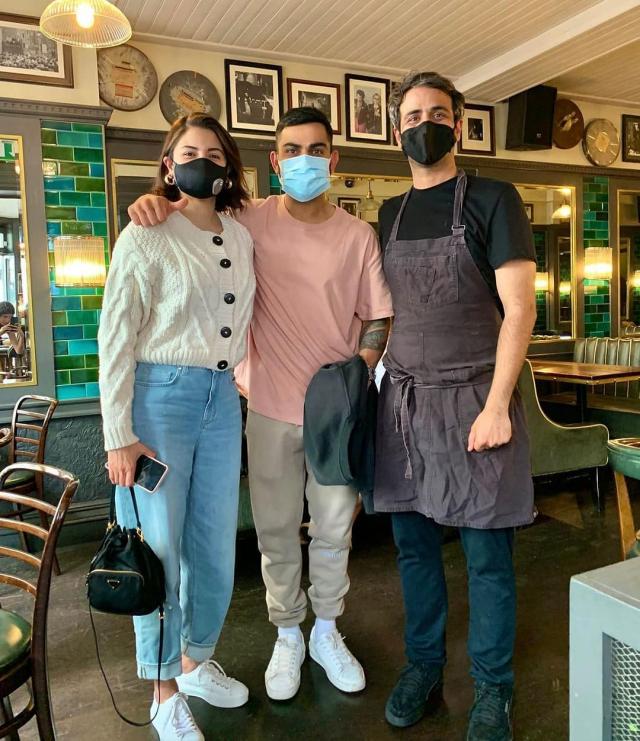 On the other hand, Anushka Shamra had looked ravishing in a knitted button down cropped sweater that she had paired with blue denim and white shoes. However, what had caught our attention was the hand-cum-shoulder bag in the actress' hand. The bag was from the luxury brand, Prada and is priced at $ 1,390 on the brand's website. When converted to Indian currency, the bag costs Rs.1,03,235.

Anushka Sharma Goes For A Lunch Date With Hubby Virat Kohli, Radiantly Poses In A Dress Worth Rs. 9K Anushka Sharma and her cricketer hubby, Virat Kohli are the most loved couple in Tinseltown. The lovebirds are making the most of their London vacation together, and proof of the same is making its way to social media through pictures and unseen videos. Now, the celeb wifey, Anushka gave fashion