Anushka Sharma shared some gorgeous pictures donning an off-white co-ord set on her IG handle. Check it out!

Anushka Sharma is one of the most versatile actresses in Bollywood. Being an outsider, Anushka has made it big in the Hindi film industry with successful films like NH10, Sui Dhdaga, Sultan, PK and others. The Band Baaja Baaraat actress enjoys a massive fan following worldwide and social media is not untouched by it. Moreover, Anushka Sharma is known for creating abuzz on the internet with her cute and stylish pictures. Anushka Sharma is not only a great actress but also an avid fashionista, and she keeps proving it with her glamourous sartorial picks.

Recently, Anushka and her darling husband, Virat Kohli went to London for their vacation. Maintaining her record, Anushka gave some major style goals from her trip. On July 30, 2022, one of the fan pages of Anushka and Virat had shared a picture of them. However, Anushka's look in the pictures caught our attention. The Zero actress looked extremely adorable and stylish in a white floral dress. Keeping her look minimal, Anushka gave a major vacation goals. On digging deeper, we discovered that Anushka's sober yet sleek outfit is from the shelves of the clothing brand, Me+Em, and it costs Rs. 35, 5000. 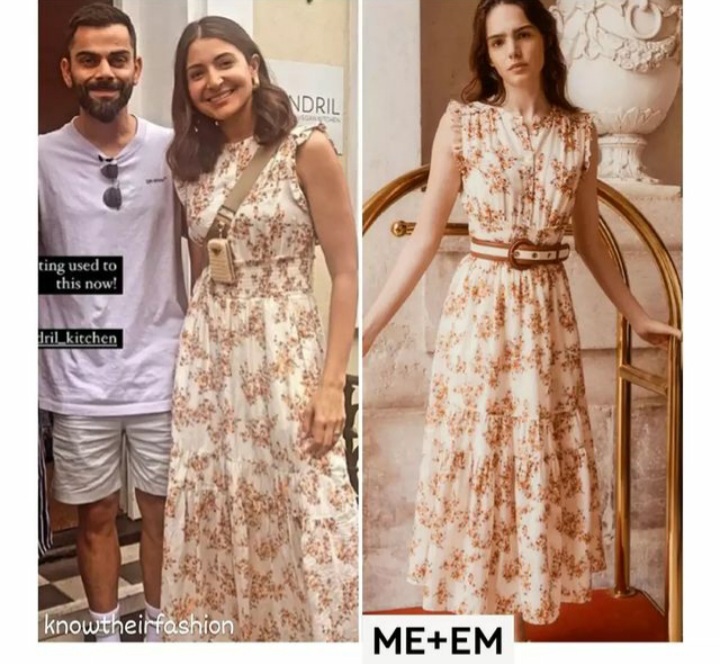 On August 19, 2022, Anushka Sharma took to her Instagram handle and shared a series of pictures of herself from her recent Europe trip. Acing her fashion game as always, Anushka mesmerised her fans with her gorgeous looks. In the pictures, the NH10 actress donned a beautiful off-white co-ord set. Anushka looked all fresh and vibrant in her outfit. Anushka's caption looked as fresh and blooming as her. Her caption could be read as:

"What's better than a nice walk in the park?....Sitting on a bench." Anushka Sharma opted for a minimal and classy look. She complemented her look with an open and slick hairdo. She completed her look with a pair of elegant gold hoops and a watch. The actress went for no makeup look, and it added stars to her beauty. On searching more, we found out that Anushka's dress is from the clothing brand, Andion. Anushka's off-white full-sleeved top costs around Rs. 14, 864, while her shorts cost around Rs. 14, 065. 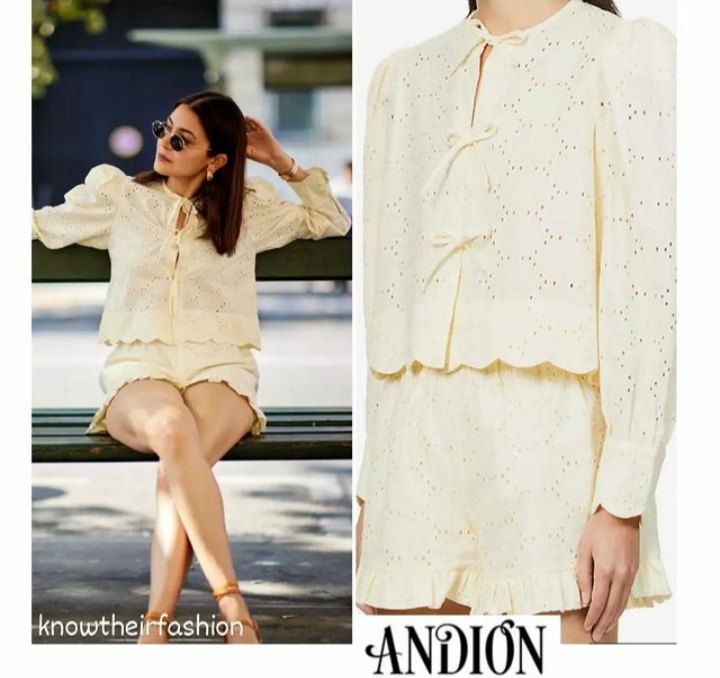 A few months back, Anushka had attended the birthday bash of ace filmmaker, Karan Johar on May 25, 2022 and had shared a series of pictures on her IG handle. However, what caught our attention was her gorgeous look and she looked no less than a diva. The actress had opted for a beautiful black floor-grazing ensemble. Her outfit featured a keyhole neckline draped over the breast and accentuated her decolletage, full sleeves, bodycon silhouette flaunting her svelte frame and a thigh-high slit on the side. Anushka completed her look with nude makeup. On digging deeper, we learned that her dress costs around Rs. 81, 450. We absolutely love Anushka and her gorgeous sartorial picks. What about you? Let us know!

Next Read: Priyanka Chopra Steps Out For A Dinner Date With Hubby, Nick, Carries A Bag Worth Rs. 2.5 Lakhs