Anushka Sharma is accompanying her hubby, Virat Kohli for his West Indies tour. Checkout pictures of the celeb couple as they happily pose for a click with their fans and friends. 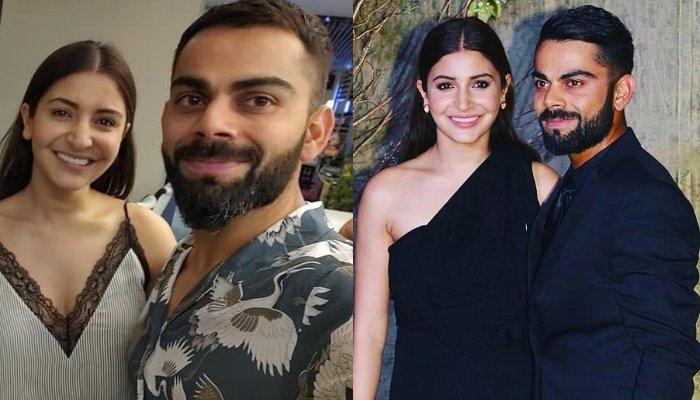 This is a rare combination of the ‘best of both worlds’! He is a cricket legend and she is one of the finest actresses of the Tinseltown. They met on the sets of an ad shoot and ever since, have called each other ‘their strength’. They started their career from a scratch, dared to dream and in turn, gifted the world two people bursting with talent. Do we need any more introductions? Here’s talking about Virat Kohli and Anushka Sharma, peeps! (Do Read: Shilpa Shetty Kundra's Hubby, Raj Kundra Can't Wait To See Her On-Screen After A 13 Year Sabbatical)

Virat Kohli and Anushka Sharma have never failed to create headlines with their public appearances. We would often spot Anushka cheering for Virat from the VVIP stand when he would play and in turn, would exchange shy glances with her! And it was December 11, 2017, when neither Anushka nor Virat needed to exchange sly glances at each other for they became mister and missus to each other. Sharing a picture from their wedding, Virat and Anushka had written, “Today we have promised each other to be bound in love forever. We are truly blessed to share the news with you. This beautiful day will be made more special with the love and support of our family of fans & well-wishers. Thank you for being such an important part of our journey."

And thus, life started happily ever after for Virat Kohli and Anushka Sharma. Be it applauding for her star hubby on the field, or the mister praising his wifey, Virat and Anushka surely give one another a zillion goals! Anushka was recently spotted accompanying her hubby, Virat on his West Indies tour and is having a gala time with him. The couple had halted in Dubai on their way to Miami and were clicked with fans and friends. Checkout glimpses from Virushka’s (as fans fondly call them) Dubai halt and Miami (day 1 and day 2) pictures:

In an interview with the DNA, Ansuhka Sharma had commented on her marriage with Virat Kohli. She had stated, "I’m married to my best friend. I’m married to my confidant. I’m married to someone I love so dearly just because of the human being that he is. You talk about being misunderstood in life and then you meet someone, who understands you completely. Then the world doesn’t exist. So for him and me, when we’re together, the world ceases to exist. We find solace in one another because of the similarities we share as people. Even when we were dating each other, it was the same thing. I feel extremely happy because he’s my family."

Speaking about how deeply Anushka Sharma is in love with hubby, Virat Kohli, the former had stated, “Our audience is way more evolved than our industry is. Audiences are just interested in seeing actors on screen. They don't care about your personal lives, whether you're married or whether you're a mother. We need to get out of this headspace. I got married at 29, supposedly young for an actress. But I did it because I was in love. And I am in love." (Must Read: Shantanu Maheshwari Shares Sneak Peek From His Next Performance Based On His Real-Life Mishap)

Anushka Sharma was the Vogue cover girl for March 2019 and in the same, Bollywood’s Pari had revealed the extent the couple had gone to keep their wedding a secret, which included keeping fake names for preparations! Revealing the details, Anushka had stated, “We even used fake names while talking to the caterer; I think Virat’s was Rahul.” She had further added, “We wanted to have a home-style wedding. There were only 42 people there, with all our friends and family present. I wanted it to be about Virat and me marrying each other, and not this big celebrity wedding. The energy at our wedding was blessed.”

Guys, how did you like Virat Kohli and Anushka Sharma’s pictures from Dubai and Florida? Keep us posted! 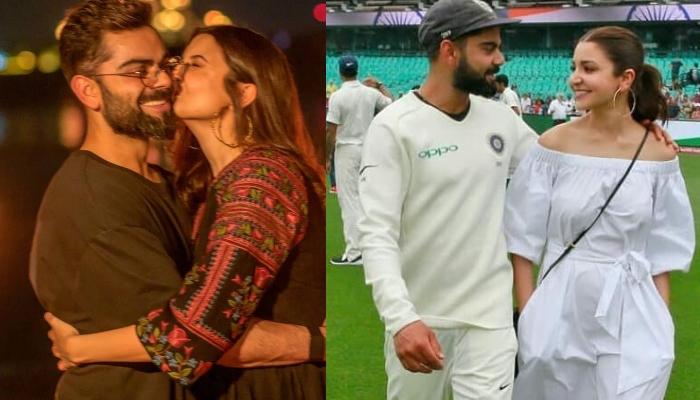 In this big-big world, we meet someone at the most unexpected time and they become the reason behind our wide smile. They give us many reasons to be happy and they start becoming a major part of our small world. When we finally meet our 'mister right' or 'miss right' our lives