Hasan Ali, Pakistan Pacer, Reveals Truth About His Marriage To An Indian Woman With A Unique Hashtag

Hasan Ali, Pakistan Pacer, Reveals Truth About His Marriage To An Indian Woman With A Unique Hashtag

After Shoaib Malik, another Pakistani cricketer, Hasan Ali is all set to prove that romance knows no LoC with his marriage with an Indian girl. Check out his tweet clarifying his wedding rumours. 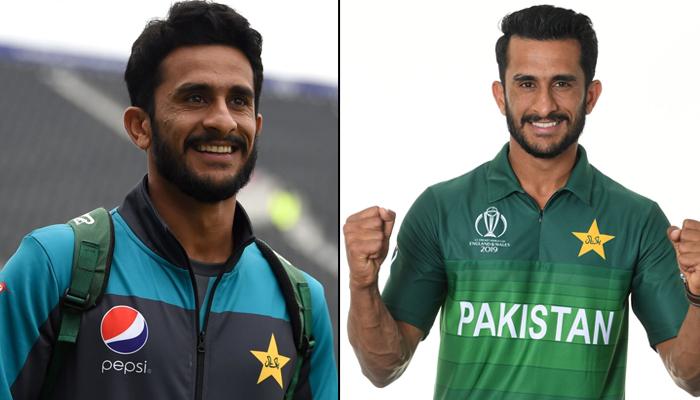 In the age of Tinder romance and commitment-phobic people, some couples have reinstated our faith in love and happy endings. Some love stories have proved that romance knows no LoC. The latest addition to the list, after Sania Mirza and Shoaib Ibrahim, is Pakistani cricketer, Hasan Ali and his alleged soon-to-be wife, Shamia Arzoo. (Also Read: Anushka Sharma Reveals The Truth Behind Virat Kohli's On-Field Aggression, Shares How He's Off-Field)

Before we update you with what is going on in his personal life, let us give you a professional background about Hasan Ali. Born in Mandi Bahauddin, Punjab, Hasan relies on variations rather than on raw pace. Hasan rose to fame with Pakistan's limited over's leg in England 2016, where he had played four ODIs and the only T20I after making his ODI debut against Ireland on the same tour. His infectious energy and undying fighting spirit have always been praised immensely by the cricketing experts.

In personal life too, seems like Hasan Ali is riding high on cloud nine and if reports are to be believed, he is all set to marry Shamia Arzoo from Haryana, who is working as an engineer in Dubai. The Geo News reports claimed that Hasan and Shamia will say ‘qubool hai’ on August 20, 2019, in Dubai, in a nikaah ceremony. But Hasan took to his social media handle and clarified the news by tweeting, “Just wanna clarify my wedding is not confirmed yet, our families have yet to meet and decide upon it. will make a public announcement very soon in sha allah. #gettingreadyforfamilymeetup.”

Shamia, who hails from Chandeni village of Nuh district in Haryana, works as a flight engineer in Emirates Airlines. Shamia has a BTech (aeronautical) degree from Manav Rachna University, Gurgaon, and has been working in Dubai for the past three years. Shamia and Hasan met through a mutual friend in Dubai. (Also Read: Sushmita Sen And Rohman Shawl Are All Set To Tie The Knot In A 2019 Winter Wedding, Details Inside)

Recently, Shamia's father, Liyaqat Ali was in Chandigarh for the wedding preparations, and in an interaction with The Times Of India, he had informed, "It doesn't matter whom is she is marrying - an Indian or Pakistani. She is happy and they both like each other. We as a family just respect their decision. Most of our relatives migrated to Pakistan during the Partition. We have an extended family in Pakistan and this is not the first time we are marrying our daughters to a Pakistani boy."

When asked if there would be a post-wedding celebration in Nuh, the retired block development officer had revealed, "No, there is no plan of hosting a reception yet. They both have a very busy schedule but in coming months, if Hasan will have time then we might host a daawat in our village." Shamia's elder brother, Anwar Ali informed the media portal that the newly-weds will settle down in Dubai post-marriage. Anwar stated, "She will retain her Indian passport and they are going to settle down in Dubai. She is also working there and Hasan's family has no issue with it."

When asked who would they support in case of an India-Pakistan cricket match, Anwar, who is a member of the Indian National Lok Dal in Haryana, had retorted, "Our family is a die-hard fan and we will obviously support India, there is no question about it. It will be a real difficult for my sister because she is a big fan of but now she is getting married to a Pakistan fast bowler." (Also Read: Balika Vadhu's Avinash Mukherjee Reveals The Truth About Reports Of His Marriage With Saloni Luthra)

We hope everything plans out perfectly and we soon get to see Hasan Ali married!