Arjun, Anshula, Janhvi and Khushi share a very warm rapport with each other. Recently, Anshula shared a screenshot of their Whatsapp chat and it was just hilarious. 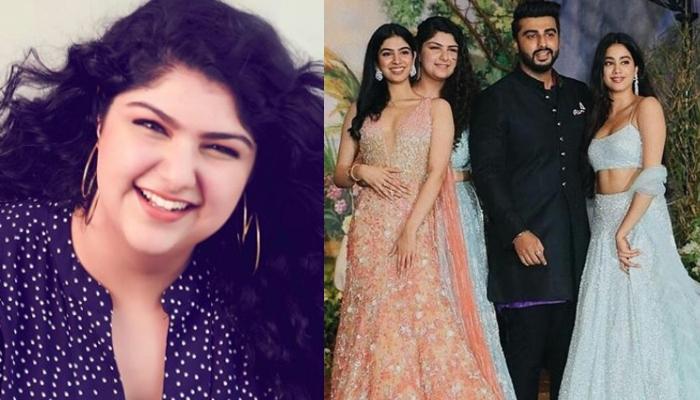 Family plays a vital role in everyone’s life and an individual’s upbringing reflects from his family. From sharing our problems to giving us a perfect solution, our family is the one who makes sure of our well-being. Having somewhere to go is home and having someone to love is family. After a difficult day, we always have to just head back home because somewhere we know that there are people who will understand us. We always know that we will surely have our family’s back come may what. (Also Read: Kangana Ranaut Dancing On A 'Pahadi' Song At Her Brother, Akshat's Engagement Is #FamilyGoals)

The Kapoor family (Arjun Kapoor’s) is one such khandaan where all the siblings stand like a pillar for each other. After the death of Sridevi, it was Arjun Kapoor who stood like a pillar not just for his father but for his half-sisters, Jahnvi Kapoor and Khushi Kapoor too. Since then the bond between Arjun, Anshula, Janhvi and Khushi has been hitting headlines and is giving major sibling goals. Not only this, in an episode of Koffee with Karan, where the brother-sister duo, Arjun and Janhvi had made their first appearance together also had talked about a family WhatsApp group named 'Dad’s kid' where each one of them updates everything. 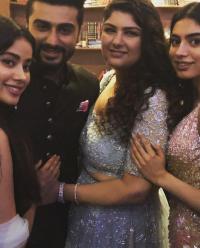 On November 8, 2019, Anshula Kapoor took to her Instagram stories and posted a hilarious screenshot of their family Whatsapp group chat. The chat had all Kapoor kids updating about their whereabouts, Janhvi who was shooting in Chandigarh for Dostana 2 updated that she had landed in Amritsar and her sister Anshula informed her father and siblings that she had boarded the flight from Delhi. The hilarious part was that Boney updated his kids about his status and wrote, “In the lounge waiting to board for Mumbai from Chennai”. Not only are we surprised by the love between the Kapoor kids but are astonished by their camaraderie as well. (Also Read: Malaika Arora Wishes Her Son, Arhaan Khan On His 17th Birthday, Calls Him Her Strength And Weakness) 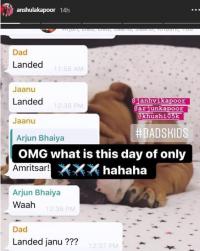 On Neha Dhupia’s chat show, BFFs With Vogue season 3, when the host had asked Khushi Kapoor, “Khushi, you’re 18. I’m curious to know what sort of trouble you get into?” To this, Khushi had replied, “Curfew! Where am I? Who am I with? Once my dad sent a message to my friend saying, ‘Hey beta! Send a photo of you and Khushi.’” Probing further, Neha had asked her, “Is your family okay with you dating or do you have to sneak around?” To this, Ms Kapoor had retorted, “I think dad is open to the idea of me having a potential boyfriend.”

In an interview with News Track Live, Janvi Kapoor had spoken about her father, Boney Kapoor and had revealed that he has a say about all her dates and even screens the boys she dates, she had retorted, "Dad screens all my dates, except for the fact that I don't have many dates. Because papa thinks no boy ever is good enough for me." When asked what dad, Boney Kapoor thinks about her "friend" Ishaan, Janhvi had said, "Dad thinks Ishaan is a lovely actor and he is very talented. He is a very nice boy." 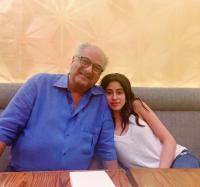 In an interview with the Mid-Day, Arjun Kapoor had opened up about how his equation with his half-sisters, Janhvi Kapoor and Khushi Kapoor had changed and had stated, “I literally entered into their lives as the whirlwind of chaos. I did my bit and whatever I could. My sister allowed to welcome them as our family, or at least put them at ease at that moment, and simplify things as much as we could by being supportive.” (Also Read: Kratika Sengar Reveals Untold Facts About Her Wedding, Says Hubby, Nikitin Dheer Thought She Had Ego) 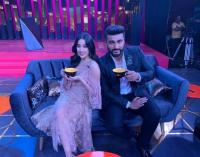