Kratika Sengar and Nikitin Dheer are perfect exemplars of steady and adorable relationships. Recently, Kratika revealed some untold facts about her wedding with Nikitin.

We always remember the first meeting with our soulmate, that very precious moment when you first looked at him/her remains to be your most cherished moment. The moment you have realised that you have found your special someone, you try to make sure that everything works perfectly and is taken care of. From a dream proposal to finalising your wedding date, you get jitters in your stomach while preparing for everything. (Recommended Read: Deepika Padukone Attends Her Friend's Wedding In Bengaluru In A Stunning Black Sabyasachi Outfit)

When you decide to enter a new phase in your life with your special someone and decide to ask the most awaited question, you select a perfect location, perfect setup and everything special your partner ever wished for. Butterflies in your stomach before asking the question and the most awaited wait for few minutes before hearing the final answer, everything seems to be worth it when you finally hear, ‘yes’. But have you ever thought what to do when your partner says, ‘What’ after hearing those magical three letters? The same thing happened with Chennai Express actor, Nikitin Dheer when he confessed his feeling to his now-wife, Kratika Sengar. Nikitin Dheer is living his happily ever after with his wife, actress, Kratika Sengar and has been enjoying each other’s company to the fullest. Married for five years with Nikitin, in an interview with Pinkvilla, Kratika reveals untold facts about their wedding. The Jhansi Ki Rani actress, Kritika talked about how Nikitin proposed her in the cinema hall and she was unaware of. She was quoted as saying, “He whispered 'I Love you' in my ears while we were watching a movie and I was like, 'what?' He thought I had an ego and hence we did not talk about it later. So, he did propose to me earlier but I just did not realise it." 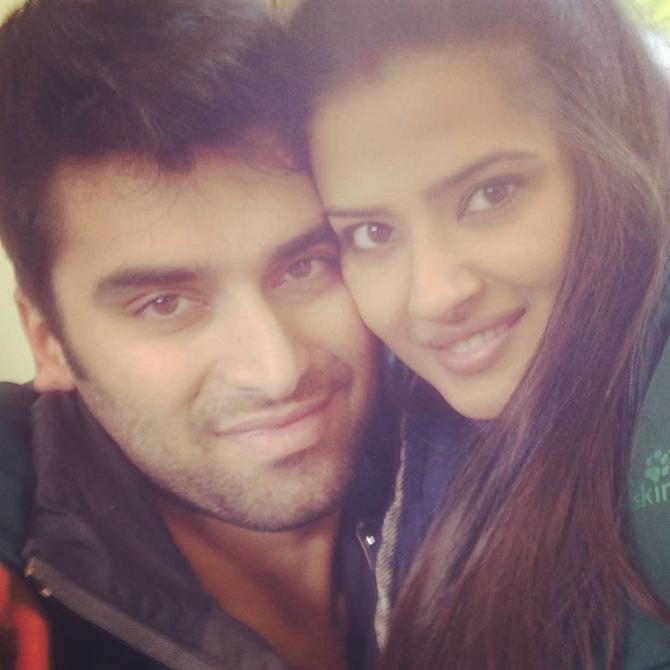 Kratika further revealed that it was an arranged marriage set up for them and it was his father, Pankaj Dheer who had asked her to meet his son. She said, “He just asked me to meet Nikitin and I had watched Chennai Express then and found Nikitin really hot. So, I said yes and I met him. We ticked off initially over common likes and dislikes. Mostly we spoke about dogs because both of us are dog lovers. Things hit it off. Later, dad asked me if I want to be his daughter-in-law in front of everyone and I was red.” (Suggested Read: Ayesha Takia's Sister, Natasha Takia Got Married, Shared A Happy Post For Her Husband) The madly-in-love couple’s story started when Kratika Sengar was shooting for the movie, My Father GodFather and Nikitin Dheer’s father, Pankaj Dheer was directing the movie. She was a regular visitor to Pankaj's house, and it was there when she had met Nikitin for the first time. Their conversation started with a very casual “Hello, how are you doing”, kind of a meeting at first and later they had turned each other's, 'special someone'. Kratika and Nikitin had a very short courtship period before entering the nuptial bliss. Even with their busy work schedules, the two had tried to spend as much time together as possible to get to know each other. Kritika was also spotted accompanying her beau at the sets of his TV show, Khatron Ke Khiladi. In a media interaction, Kratika Sengar had mentioned that Nikitin Dheer doesn’t like her intimate scenes on screen. She was quoted as saying, "It's true that he doesn't like to see me getting intimate with another actor on screen. It is natural; after all, he is my husband. Another reason, which I feel is valid, is that he doesn't like to see me crying all the time. And with daily soaps, there is a lot of rona-dhona! In a marriage, we have to accommodate each other's views. I won't do anything that would hurt him." On March 17, 2019, Nikitin Dheer had turned a year older and it was his ladylove, Kratika Sengar who had wished him on her Instagram handle by writing, “Happy birthday my love @nikitindheer. May God give U lots of happiness and good health. Love u.” On and off, Kritika and Nikitin keep indulging in social media PDAs. On August 15, 2019, Kritika had shared a lovey post, flaunting her traditional outfit. She had captioned her post as “Dressed to impress my brothers this time. Thankyou @reemathakurofficial for this beautiful outfit.” On the same post, Nikitin had dropped a comment and stole not only her but everyone’s heart. He had written, “In a world obsessed with anorexia and fake lips fake cheeks fake smiles, etc. I am proud and lucky to have you. 100% real. I love you!! #mine.” (Do Read: Kangana Ranaut's Brother, Aksht Got Engaged, Her Bhabhi Is Looking Pretty In Pastel Pink Saree) 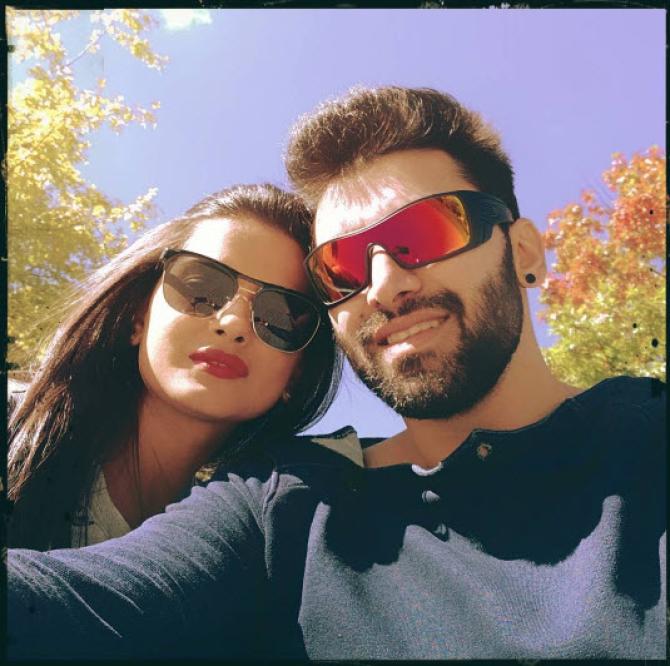 We love Kratika Sengar and Nikitin Dheer’s love story. What about you?