It's been 13 days since Sushant Singh Rajput's death, his ex-girlfriend, Ankita Lokhande is still crying over the loss, reveals SSR's close friend, Sandip Ssingh. Read on to know more! 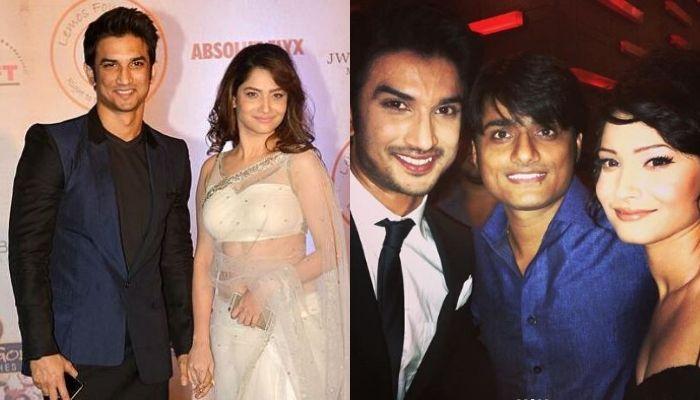 Sushant Singh Rajput’s sudden demise by suicide on June 14, 2020, has left the entire nation shattered and forbid the people close to him. People are finding it hard to register the fact that how can a person with such intellect be dealing with such pain. While it’s been 13 days since his death, the nation is in furry and her family members are in pain, including his ex-girlfriend, Ankita Lokhande. (Also Read: Kajol Shared 'Quarantine Tapes' With Daughter, Nysa, The Video Is All About Their Unseen Memories)

Sushant Singh Rajput and Ankita Lokhande had become an ideal couple for people, not only for their stint in Pavitra Rishta but also in real life. Their chemistry, maturity, understanding, and the way they handled each other was what every person looks for in a relationship. The news of their break-up after their 6-year long relationship had come as a shocker to their fans. And now, post the demise of SSR, we know how he had always missed Ankita and how he had felt in-debited to her. Sushant’s ex- Ankita is totally shattered by his demise and is still crying.

In an interview with SpotboyE, Sushant Singh Rajput’s close friend, Sandip Ssingh was asked by Ankita Lokhande’s present state of mind as she had visited SSR’s family in Mumbai and Patna as well. Sandip revealed that Ankita is still not over the loss and even now ends up crying. Sandip said, “I spoke to her today, finally. I was away from her for 3-4 days for a reason and today also when she called me, she started crying. And I can't take it anymore because I don't want to see her like that. But she is a strong girl and a God's child. Her talent is a blessing just like Sushant. I can't tell you what they meant to each other.”

Sandip also talked about Sushant and Ankita’s bond with each other as he has been a close spectator of it. Revealing how Ankita used to take care of Sushant like a mother, he said, “Ankita was not his girlfriend. She has taken the place of his mother in his life. In twenty years of my journey in the industry, I have never seen a girl like her. She has taken care of him like nobody else. She could have been the only one who could have saved him.”

Recalling how Ankita used to do everything for Sushant’s happiness and as per his choice, he said, “She is used to doing everything rightfully for him. If she is used to getting ready as per Sushant's choice. The food she used to cook was to be of his choice. The house interior used to be of what and how he likes. Books which used to be there in the house were what he likes to read. So everything used to be according to Sushant for his happiness. I really wish everyone gets a girl like Ankita.”

He also revealed that Ankita was ready to give up her career for the sake of Sushant and she used to always pray for him even after their breakup. In his words, “She is highly emotional and she was almost giving up her career at its peak for him. She was big on Television and getting films offers also. Even after their break-up jitni films Sushant ki release hoti thi vo har friday pray karti thi that his film should be successful, he should be happy.”

Sandip also talked about how after Sushant’s unfortunate step, he was concerned about Ankita as he knew what she would be going through. He said, “The day Sushant took this unfortunate step and when I saw him, my big worry was for Ankita. Throughout my journey from his house to ambulance to hospital that day, I was constantly calling up Ankita but she didn't take my call. And I knew what she was going through. And after finishing my postmortem work, I ran to her house. I have known her for 10 years and I don't think she had ever given me that hug which I got that day. She is my art and I will do anything for her in my capabilities.” (Don't Miss: Sushant Singh Rajput's Family Is Not Happy With The Digital Release Of His Last Film, 'Dil Bechara')

On the 13th day of Sushant’s death, his family released an official statement bidding farewell to their free-spirited boy. The family stated that they will be turning Sushant’s childhood home in Rajiv Nagar, Patna into his memorial where all his personal belongings will be placed for his fans. Bidding adieu to their 'Gulshan', the statement read, “To honour his memory and legacy, the family has decided to set up Sushant Singh Rajput Foundation (SSRF) to support young talents in areas close to his heart — cinema, science and sports. His childhood home in Rajiv Nagar, Patna will be turned into a memorial. We will put his personal memorabilia and belongings there, that include thousands of books, his telescope, flight-simulator etc, for his fans and admirers. From now on, we intend to maintain his Instagram, Twitter and Facebook page as legacy accounts to keep his memories alive. We once again thank you all for the thoughts and prayers. - Sushant’s family.” (Recommended Read: Aishwarya Sakhuja Recalls Getting Drunk With Husband, Rohit Nag During Their Wedding Festivities)

We hope Sushant Singh Rajput is in peace now! 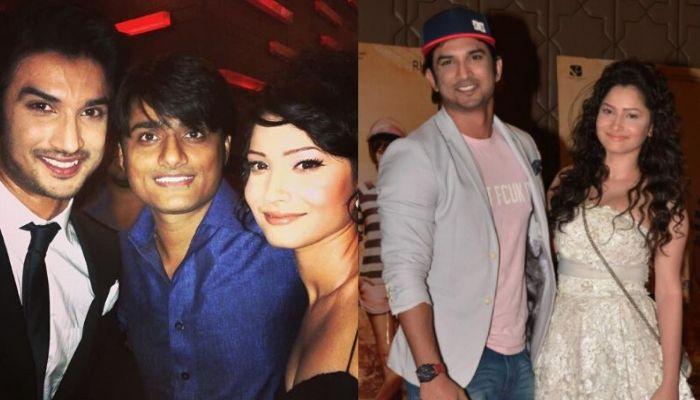