Ankita Bhargava Shares A Lovely Wish For Parents, Abhay And Kiran Bhargava One Their Anniversary

Ankita Bhargava Shares A Lovely Wish For Parents, Abhay And Kiran Bhargava One Their Anniversary

Karan Patel’s wife, Ankita Bhargava wishes her parents, Abhay and Kiran Bhargava with a heart-melting post on their wedding anniversary. Take a look! 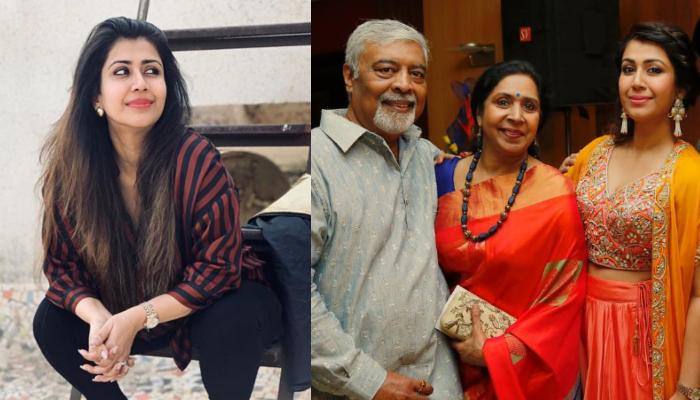 When you get married, you start a new family with your husband and in-laws. Every bride looks up to her new phase of life after tying the knot with the man of her dreams. She starts to get jitters in her stomach when she thinks about leaving her parents’ house and starting a new life. But in the end, even she knows that this new family is going to be the one, who is going to stand up for her in every difficult moment. It’s the dream of every bride to be treated as beti rather than bahu in her new home because she has to spend her whole life there. (Recommended Read: Kareena Kapoor Shares A Monochrome Picture With Her Son Taimur Ali Khan As Her Latest Instagram Post)

However, the daughters never forget their parents and always keep a close tap on their health and happiness. No matter, how much busy they’re in their new family, they always manage to call their parents. Because they know that they were the laughter, chaos, and happiness of that house and with their departure, they have left a big void in their parents’ lives. One such doting daughter is television actress, Ankita Bhargava, who had tied the knot with one of the most popular television actors, Karan Patel on May 3, 2015. Since then, we have seen Ankita Bhargava sharing tons of pictures with her parents, Abhay and Kiran Bhargava. The actress never skips a chance to show how much love and respect she has in her heart for them. Now, on their wedding anniversary, the actress has wished them with a heart-melting note with a beautiful collage on her Instagram handle. 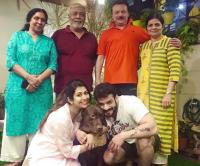 On March 7, 2020, Ankita Bhargava took to her Instagram handle and created a lovely collage of her parents, Abhay and Kiran Bhargava. The actress posted the beautiful collage along with a heart-melting wish for the beautiful couple that can be read as “Happy Happy Anniversary MaaPaa! Sada aise hi raho! Hanste Khelte Muskuraate! I love You Mehr ke Nani Nanu.” In the pictures, we can see Abhay Bhargava photobombing his wife, Kiran Bhargava as she poses for a picture, they’re just couple goals. Take a look. (Don't Miss: Priyanka Chopra's Brother, Siddharth Chopra Engaged To Neelam Upadhyaya? Here's Neelam's Reply To It) 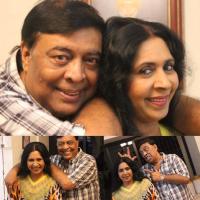 Well, no wonder, Ankita has learnt so much from her parents, who still share a flawless chemistry. Talking about Ankita and her hubby, Karan Patel, then the couple had gotten married in a grand Gujarati style wedding on May 3, 2015. Since then, we have seen this beautiful couple sharing romantic pictures on their respective Instagram handles. But for the uninitiated, let’s take a quick recap. Karan had already played the role of Abhay Bhargava’s (Ankita’s father) on-screen son-in-law in the show, Ye Hai Mohabbatein. And, many people expected her father to have made this match possible. However, it was Karan’s another co-star from the same show, Aly Goni, who had played Cupid between the two.

However, Karan Patel and Ankita Bhargava were all set to embrace parenthood in 2018, but she had suffered an unfortunate miscarriage a month after announcing the pregnancy. Post-miscarriage, Ankita and Karan had moved on with their lives but 2019 came as a delight for the courageous couple. As Ankita had conceived again and the couple were blessed with a baby girl giving a perfect end to the year. There have been rumours in 2019 about Karan and Ankita expecting their first child and finally, on December 14, 2019, the lovebirds were visited by the stork with their little bundle of joy. 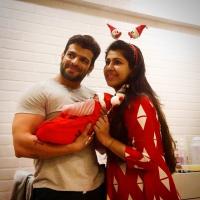 Karan and Ankita’s close friends, Priyanka Vikaas Kalantri and Vikaas Kalantri had visited the newbie parents and had announced the name of their little newbie. Sharing a picture with elated daddy, Karan, Priyanka had written, “Congratulations to the new Mommy @ankzbhargava and Daddy @karan9198 Mehr is such an angel you guys make a lovely family. Love you guys.” And Vikaas had captioned his post as “Congratulations to the new #daddy @karan9198 & #mommy @ankzbhargava in #town. Welcome to the #club guys the hands-on KP was a welcome surprise. Lots & lots of love to the little princess.” Isn’t Mehr a beautiful name? (Also Read: Melvin Louis Shares The Recorded Telephone Conversation With Ex Sana Khaan And How He Is A Victim) 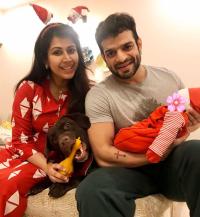 Being a mommy is all about celebrating your little ones' every big or small moment until the end of your life. A mother becomes the best version of herself for the sake of her little being, and she is the only one who happily gives the centre stage of her