Famous Bollywood playback singer, Ankit Tiwari is on cloud nine these days. This New Year has brought an ocean full of happiness for him and has proved to be a “Happy New Year” in the literal sense. The reason his happiness is that he has become a father. For the ones who are not aware, Ankit got married to a girl named, Pallavi Shukla in a big fat North Indian wedding on February 23, 2018 in Kanpur. Theirs was a hush-hush arranged marriage, wherein his grandmother played the Cupid.

Sharing the first picture with his wife and introducing her to the world, Ankit wrote the caption on Instagram, “I will spend an eternity loving you, caring for you, respect you, showing you every day that I hold you as high as the stars. #finallyengaged.” (You May Also Like: Janhvi Kapoor Shares How Sridevi Used To React To Her Boyfriends And Her Dating Life)

Coming back to the good news, Ankit and Pallavi are now proud parents to a baby girl, who came into this beautiful world on December 28, 2018. The couple has named their little angel, Aryaa Tiwari. The ecstatic father told BT, “It’s hard to express my feelings in words. Holding my baby in my arms has been the best moment of my life. I feel on top of the world. My family is complete and more importantly, Pallavi is fit and doing fine.”

Adding further, he said, “Family comes before everything else for me. When I met Pallavi and we clicked instantly, I always knew I wanted to have my own family. That’s something Pallavi and I were looking forward to since we got married. The feeling of being around her during her pregnancy has been surreal and now, she has given me the best gift possible. We’ve named our daughter Aryaa, which means goddess.” (Checkout: Gauahar Khan Is Dating Famous Bollywood Director And Major Accused Of #MeToo Movement, Vikas Bahl?) 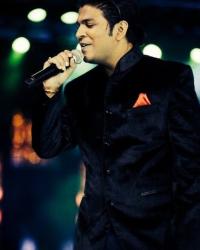 Revealing the details about his first meeting with Pallavi, he said, “Once dadi announced that Pallavi would be the family’s daughter-in-law, everyone agreed. I’m happy that the family is happy and a little nervous too. She is a very sweet and simple girl. During our first meeting, there were 10 others seated between us.” 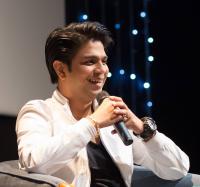 Talking about Pallavi, Ankit had told The Times of India, “She's a very sweet girl and already gets along very well with everyone at home, which is what matters most, as ours is a very close-knit family. My parents had never stopped me from having a love marriage, but my experience with love has been rather bad. So, I am happy with the choice my parents have made for me. After all, every parent wants the best for their child. It's going to be the start of a new phase in my life and I want it to be a really good one!” (Also Read: Ranveer Singh Reveals His New Year Resolution On Deepika Padukone's Post, She Would Surely Love It) 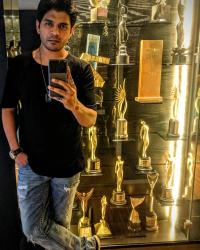 For your kind information, Ankit was arrested in 2014, for allegedly raping a woman. And when he was asked if Pallavi knows about this, the singer had shared, “We met before things were finalised, and I discussed everything with her. She is a very well-educated girl and understands things. Her parents were also made aware of everything right from the start. Ab zamaana bahut aage badh chuka hai. Aaj bhi log discussion kar sakte hain, I can't stop them. What's important is ki jiske saath mein judne wala hoon, nothing is hidden from her and her family. I didn't need to justify myself to her. She's a very genuine person and we sorted out things before we said yes.” (Checkout: Aishwarya Rai Bachcan Remembers Every Detail Of Her Dreamy Proposal When She Said 'Yes' [Video]) 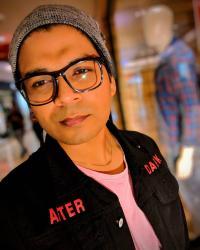 Congratulations to the newbie parents, Ankit and Pallavi!