Neha Dhupia complains about her husband, Angad Bedi, that he eats whatever he finds on the table, while he was coyly sipping her soup! Check out the adorable video inside. 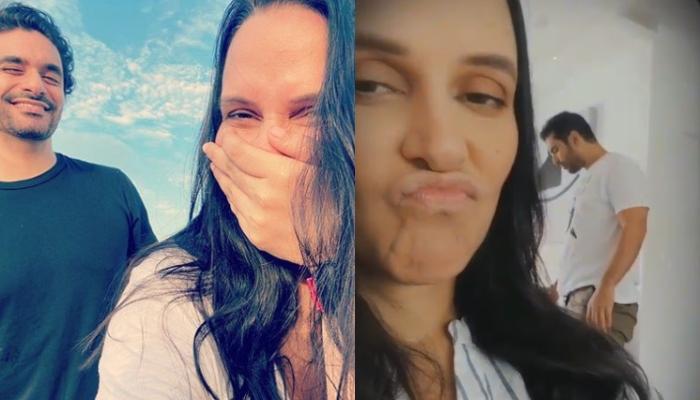 Angad Bedi and Neha Dhupia had tied the knot on May 10, 2018, in hush-hush, Anand Karaj wedding. And after six months of their wedding, Neha and Angad had welcomed a little doll in their lives, lovingly naming her as Mehr Dhupia Bedi. Neha and Angad are the 'IT' couple of social media, who enjoy a massive fan following, as their fans love their little nok-jhok, every now and then. The three make for a perfect family frame, and the couple looks to have fallen more in love with each other over time. (Recommended Read: Sushant Singh Rajput's GF, Rhea Chakraborty's Brother, Showik Pens Heartfelt Note For His 'Brother')

A glimpse of Neha and Angad's fun camaraderie was seen a few days back when Angad had hosted an 'Ask me anything' session for his fans. Amidst all the questions, a user had asked Angad, "Want to know about secret behind ur happy married life? Neha, u & Meher are favourite ones" followed by a heart emoticon. Angad had given a hilarious reply. Sharing a picture with Neha, he had written, "EK CHUP… SAU (100) SUKH" followed by laughing emoticons atop it. Angad was also asked, "What is your marriage like?" Sharing a family picture, Angad had replied, "BEST DECISION EVER.." 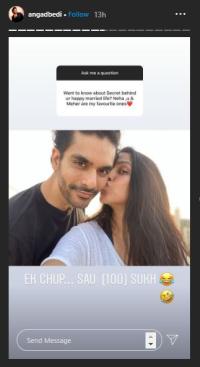 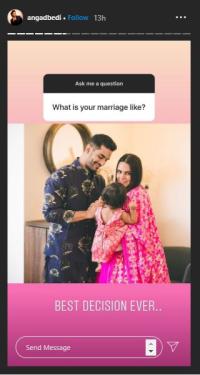 We came across a video that Neha posted on her IG stories, in which we can see her complaining about her husband, Angad, that he eats whatever he finds on the table, as Angad is seen coyly sipping the soup which she had kept for herself. Neha also gives a glimpse of the indoor shooting going on in the video. Check out the adorable video below:

Only some days ago, Neha Dhupia had taken to her IG stories and had shared a series of videos, wherein her husband, Angad could be seen romancing his first love, in front of his wife! Don't be confused; he was devouring the hot gulab jamuns. He could be seen relishing them using his hands as he had said, "number na poocho." When Neha had accepted that gulab jamuns are Angad's first love, he had teased her saying, "garam ho rahi hai, " to which, Neha had stared at him, and he had calmed her saying, gulab jamun. Take a look at Angad romancing gulab jamun and teasing Neha Dhupia below!

Who can forget the infamous Roadies controversy, wherein Neha Dhupia was endlessly trolled on her statement on one of the contestants? Neha had given back to her trolls in style, in a post which had marked their second wedding anniversary. In reference to her Roadies controversy, Neha had penned an anniversary wish for her hubby, Angad, which could be read as "Happy anniversary my love ... to two years of togetherness... "Angad is like 1. The love of my life, 2. a suport system, 3. a great father, 4. My best friend and 5. The most annoying roommate ever. It's like I have 5 bfs in one... it's my choice." #thosewhoknowknow #nehaangad." To which, Angad had replied, "I love you always @nehadhupia happy anniversary gallan khat teh kaloollan jaada." Angad too had posted the same set of pictures and had written, "Love @nehadhupia #happyanniversary #happymothersday." (Also Read: Anam Mirza Calls Her Husband, Mohammad Asaduddin Her Mirror, Shares A Behind-The-Scenes Picture) 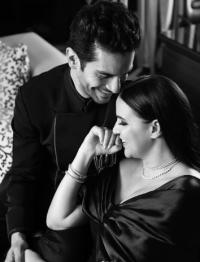 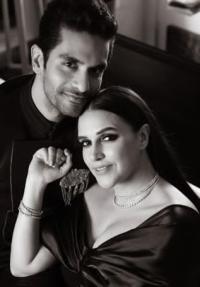 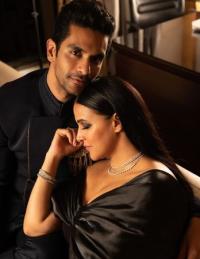 Neha and Angad had tied the knot in a low-key wedding. In an interview with the Bombay Times, Angad had revealed why their wedding was so private and low-key. He had shared, "I feel that our marriage was low-key because we wanted a low-key marriage. Because, when my father got married he had a very low-key wedding and he was the captain of India at that time. So, that time only his side of the family came and my mother's side of the family came and they got married." (Don't Miss: Kareena Kapoor's 'I Got It From My Mama' Picture Of Mom, Babita Reveals The Secret Of Her Good Looks) 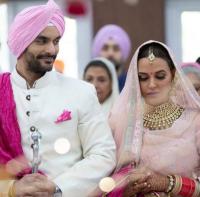 What do you think about the couple?