In our life, there comes a moment or a circumstance, when we decide not to explain our every step or move to the people anymore. Because no matter how many times we explain our good decisions to some people, they’re simply not going to change their minds. Thus, sometimes, all you have to do is keeping a tab on your wishes, dreams, and life, without thinking about the world. Well, in the case of relationships too, if you’re happy with someone then you don’t have to worry about the world and their remarks about your relationship. However, sometimes we have to suppress the feelings of being with someone as a life-partner and have to adjust our heart just with the blessing of being a friend of that person. (Recommended Read: Divyanka Tripathi Nurtures A Mini-Garden In Home With Husband, Vivek Dahiya, Makes Quarantine Fun)

One such fine example of this situation, we saw in the 13th season of Bigg Boss. Yes! We are talking about Sidharth Shukla and Shehnaaz Gill, whose fans still want them to see together but as we all know that Sidharth likes Shehnaaz as a friend only right from the beginning. However, the fanpages of the two celebrities are still posting their romantic collages, videos, and pictures with the hope that one day they’ll see them together. Recently, television producer, Vikas Gupta shared a fanmade video imagining Sidharth and Shehnaaz’s wedding and it is getting viral on the internet because of its hilarious content. 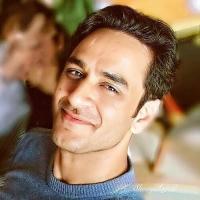 On May 20, 2020, producer, Vikas Gupta took to his Instagram handle and posted a hilarious fanmade video imagining the wedding of Shehnaaz Gill and Sidharth Shukla. In the video, the whole scene is from the famous hit-film, Hum Saath Saath Hain. While Mohnish Bahl’s character, Vivek has been titled as Sidharth Shukla, Tabu’s character Sadhana has been titled as Shehnaaz. Along with the video, Vivek Gupta wrote a caption that can be read as “This is Fanmade #Sidnaaz wedding. This uplifted my mood immediately. At times like these whatever can make you smile should be shared. #siddharthshukla #shehnaazgill #sidhearts #sidnaazians #shefalibagga family and friends and #vikasgupta as #salmankhan I don’t know what will happen in times to come but I know seeing this made me happy #biggboss13 #family #quarantine.” Take a look. (Don’t Miss: Anushka Sharma Spots 'A Dinosaur On Loose', Hubby Virat Kohli's Roar Makes Him The Cutest One Ever!)

Talking about Sidharth Shukla and Shehnaaz Gill, we still don't know, whether they felt something for each other or it was just a part of the game. That is the reason why fans are unable to erase all the memories and hopes of seeing ‘Sidnaaz’ together in future. Some time ago, Shefali Jariwala had spilled some beans about the relationship between ex-flame, Sidharth Shukla and Shehnaaz Gill. In an interview with Bollywood Life, Shefali Jariwala had shared that indeed Sidharth cares for Shehnaaz, but she hadn't seen any romantic equation between them. Having said that she had also talked about how it would be great if Sidharth falls in love with Shehnaaz and they get married. She had said, “See that is my opinion of their equation from what I saw inside the house. Sidharth cares for her but I did not find it a romantic equation per se. However, saying that, I would be happy if they indeed fell in love and got married. It would be great. It will be wonderful.”

While Sidharth had emerged as the winner of the reality show, Bigg Boss but what took away the entire limelight was the love antics of co-contestant, Shehnaaz Gill for Sidharth. That is the reason why, even to this very day, people are still hoping and wishing to see these two together in a relationship. Well, at the moment all we can do is to pray and wait for the magic to happen if it’s written in destiny. (Also Read: Nawazuddin Siddiqui's Wife, Aaliya Shockingly Reveals Brother-In-Law, Shamas Siddiqui Had Beaten Her)

Did you like the fanmade video of Sidnaaz’s wedding? Let us know!