'Nisha Aur Uske Cousins' actors, Mishkat Varma and Aneri Vajani have been denying their dating rumours. Now, she has commented on his latest Instagram picture with nephew, Izaan Kapai. Nisha Aur Uske Cousins actors, Mishkat Varma and Aneri Vajani have been rumoured to be romantically involved with each other. Though the two have kept denying their dating rumours and have been ‘friend-zoning’ each other, their connections and social media interactions say a different story altogether. Also, as and when trolls target Aneri, he has always been there to thrash them.

There is no denying that this concern can be between friends also, but as it is said, there is no smoke without fire, sources reveal that they are dating. Mishkat and Aneri are two ardent social media users and they keep posting pictures on their official Instagram handles. Topping it all, the two keep commenting and teasing each other on their respective posts, their fans have always found it cute. (Also Read: Shilpa Shetty's Reaction On Son, Viaan And Hubby, Raj's WWE Match As John Cena And The Rock [VIDEO]) 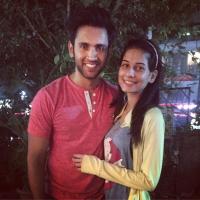 On July 12, 2019, Mishkat took to his Instagram handle and shared a lovely throwback picture with his nephew, Izaan Kapai (Yeh Hai Mohabbatein actress, Mihika Varma’s son). He simply captioned the picture as “Pehli Mulakat.” Though the picture is priceless, but what grabbed everyone’s attention was Mishkat’s rumoured girlfriend, Aneri’s comment on the post. Aneri chose to leave two grinning face with star eye emojis, which means that she was star-struck by the picture. Take a look at the picture as well as Aneri’s comment: 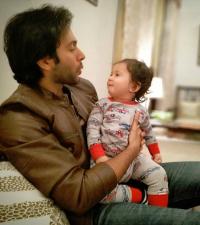 Once, Aneri was targeted by social media users and was body-shamed for posting a picture of herself in lingerie and her social media post was soon flooded with mean and cheap comments. Hitting it with a kickass reply, Mishkat had then written, “The amount of hatred this picture has evoked really surprises me. Yes, you guys can like the picture or not like the pics. You can say what you feel like fair enough, but some comments are just too disrespectful and what surprises me is that a lot of girls have been commenting on the size of her breasts. Why does the size of her boobs offend you so much?? U think someone like Aneri needs to resort to a post on Instagram to get attention." (Checkout: Anita Hassanandani Indirectly Reveals If She Is Participating In 'Nach Baliye 9' With Her Ex-BF)

He had further gone on to write, “Are you that stupid?? @vajanianeri is fully aware of her body and she has always been proud of it and this picture just shows that a lot of you hate this picture just because U hate her guts. Isn’t it?? Not liking the picture is your choice but assassinating her body and laughing at it is just bullshit man. I know @vajanianeri a lot more than most people. She has the heart of a tiger and I know she won’t be affected by this. I’m sure she’s sitting somewhere reading these comments and showing not one but two middle fingers to them.” 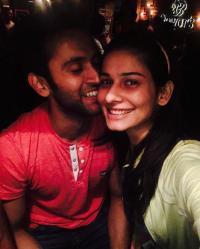 On March 26, 2019, it was Aneri’s 25th birthday and her alleged boyfriend, Mishkat didn’t leave any chance to show his love on social media. Wishing the ‘most beautiful woman in the world’ on her birthday, Mishkat had shared a still from their show, Nisha Aur Uske Cousins and had worded it as, “1- you are the most beautiful woman in the world 2-nobody is as talented as you 3- I love you 4- you suck 5- you can’t act for nuts 6- you are one big DHAPPER. Which one is true??? Happpiest birthday @vajanianeri.” Checkout:

Mishkat and Aneri had reunited for the Bindass’ relationship-based show, Yeh Hai Aashiqui after their commendable chemistry in Nisha Aur Uske Cousins. Speaking about the same, Aneri had told BollywoodLife, “We had great chemistry in Nisha Aur Uske Cousins but you’ll see a more intimate bonding on this show. Our scenes are very different and well-written. The story will appeal to youngsters. Working with Mishkat is always fun. We have a love-hate relationship. He is sweet, annoyingly sweet.” (Also Check: Urvashi Dholakia's Family Is Very Happy With Her Participation With Ex, Anuj Sachdeva In Nach Baliye) 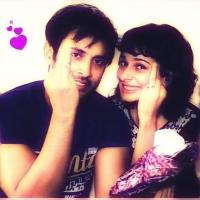 Such a lovely picture of this mama-bhanja jodi of Mishkat and Izaan, right? And what do you guys have to say about Aneri’s comment on the post? Keep us posted! 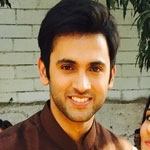