Koffee with Karan season 6 until now has all been about big revelations, and undoubtedly, it all started with Simmba actress, Sara Ali Khan when she famously said that she wants to go on a date with Kartik Aaryan. The Sonu Ke Titu Ki Sweety actor has since then been under the radar and everybody wants to see this pair together. (Suggested Read: Neeti Mohan's Post-Wedding Look With Nihaar Pandya, Flaunts Chooda And Mangalsutra (Pic Inside))

However, the pot has been stirred and a new entrant into this dynamic is none other than Chunky Panday's daughter and Student of the Year 2 actress, Ananya Panday. Kartik and Ananya will together be seen in the upcoming film, Pati Patni Aur Woh remake. And rumour has it that Ananya and Kartik are dating. In fact, the two have also been spotted together on dinner dates.

In the latest episode of Koffee with Karan, Ananya Panday, Tiger Shroff and Tara Sutaria came and of course, Karan asked Ananya about her personal life. KJo asked her, at one point, who she would go out and have coffee with, and Ananya replied, "Kartik Aaryan. I think he’s damn cute." And when Karan interjected her and pointed out that even Sara wanted the same, Ananya replied, "Ya, so I want to go on that date where Sara and he are going. That'll be fun."

Well, that's quite a twist, isn't it? Kartik on a coffee date with Sara and Ananya! We all know that Sara had earlier said on the national television about her desire to date Kartik and her father, Saif had quipped that if he has got money, 'he can take her'. When Kartik came on the show, Karan had asked him about his follow-up when it comes to Sara, to which the Luka Chuppi actor had replied, "So what I'm doing is, sir, I'm just trying to, you know earn more and more money right now. Saif sir said that if you got money just take her...” He had added, “I don't know cause she is a princess. So, you know to ask her out on a date.. you know I would require a certain bank balance."

Is Kartik dating Ananya and wanting to go on a date with Sara? Well, only time will tell us that. At Agenda Aaj Tak, Kartik had recently opened about the rumours of him and Ananya dating and had said, “People say all sorts of things if we have lunch or dinner together. It was just one dinner. I find it strange to read such things about myself.” (Must Read: Unseen Picture Of Taimur Twinning With Kareena As They Chill With Saif Ali Khan At Pataudi Palace)

During an interview with Anupama Chopra, Kartik had shared, “Right now, I’m concentrating on my work. I think, relationships they do take a lot of time. Mere andar phir guilt reh jata hai ki yaar main iss relationship main hoon (but) main time nahi de pa raha hoon. So, that is something I don’t want to do with the other person. That’s the reason I’m committed to my fans and work right now.” 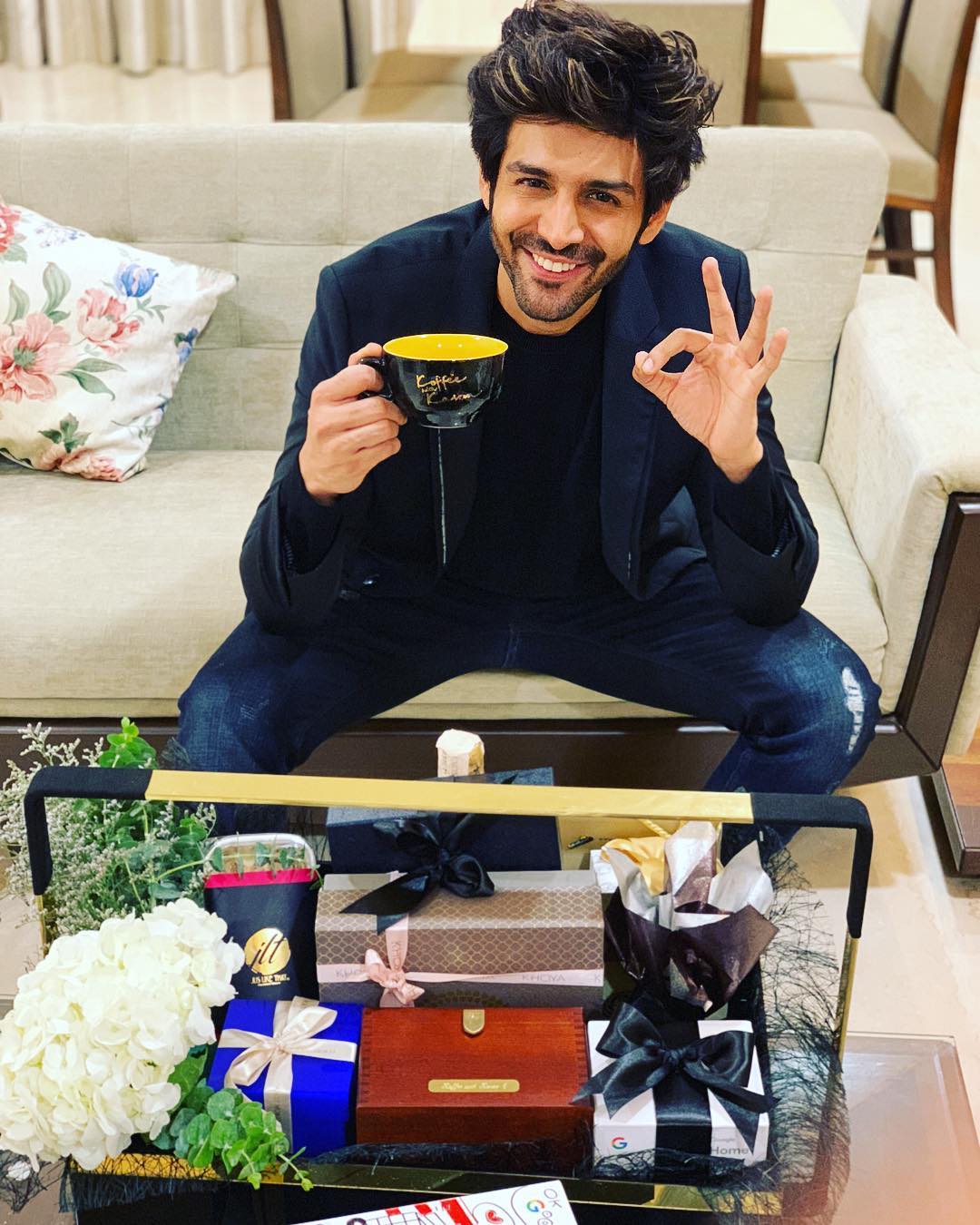 When he was quizzed about the paparazzi culture and his pictures with Ananya which stirred the headlines, Kartik stated, “Even if I have gone out for a meeting, with the producer and the actress, then it is written about me and the co-star. Which is something I don’t get. Who logon ko maza aata hai likhne main, toh who likhte hain. Abhi kitna rok lunga?” Recently at the trailer launch of Kartik’s upcoming film, Luka Chuppi, he revealed how his mother gets super-friendly with all his girlfriends. He said, “Whenever I get into a relationship, my mother ends up befriending my girl. And later if something goes wrong between me and my girlfriend, my mom continues to remain friends with her and then that gets really awkward between me my mom and my girlfriend or ex-girlfriend (Laughs). So that has always been a problem. Live-in has never been the case for me as yet but I would wish to explore it.” Kartik also talked about the relationships he had regretted in the past. The actor said, “Yes, I have. I’ve faced a lot of struggle and been a victim of backstabbing. You experience all kinds of things in life and you move on. When you look back, you feel stupid to be with those people at that point in time, but it’s okay.” (You May Like: Neha Kakkar Gets Emotional After Watching Performance On This Song, Reminded Her Of Ex-Himansh Kohli)

Well, we really hope that the cat comes out of the bag soon when it comes to the sizzling trio of Kartik Aaryan, Sara Ali Khan and Ananya Panday.