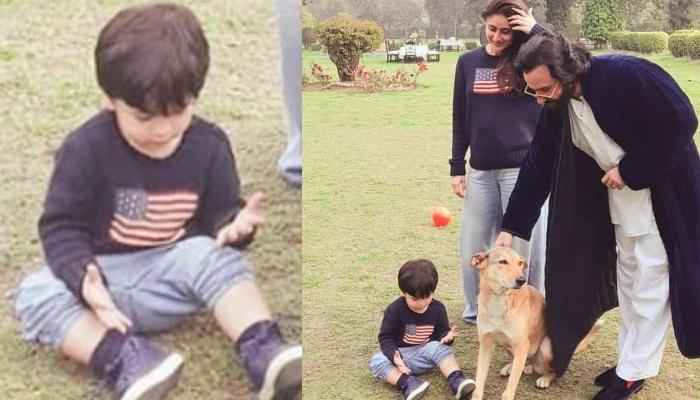 Saif Ali Khan and Kareena Kapoor Khan’s son, Taimur Ali Khan is the internet sensation, who has bypassed his parent’s stardom as well. The two-year-old, Tim never fails to make headlines whenever he steps out thanks to his paparazzi friends. (Recommend Read: Shah Rukh Khan's Daughter Suhana Khan Reveals Her Crush, Details Inside)

Recently, a new picture of Taimur is getting viral on the internet. In the picture, we can see baby Tim twinning with mommy, Kareena in a navy blue sweatshirt, while daddy, Saif was seen spreading love to their little pooch. Check out the picture below: 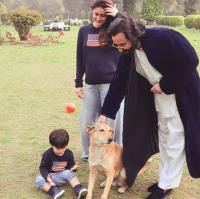 Kareena, who has been a doting mother, has never shied away from sharing the journey of being a mother to embracing motherhood. Recently, the actress was called as a celebrity guest on Miss Malini’s Girl Tribe series, wherein she shared the guilt she constantly feels while leaving his baby, Taimur alone. (Also Read: Rehaan Roy Of 'Guddan Tumse Na Ho Payega' Finds Love In Bong Beauty Jasmine Roy)

Kareena had said, “I think the most important thing for a working mother is to believe in herself. Even when I leave in the morning, I am constantly worried about what Taimur would be doing at home. There is that looming guilt that is sometimes on your head.” She went on to add, “But I think there's nothing and I have always said it, there's nothing more important to your child than a happy mother - especially a working mother.”

Kareena also explained that being a working woman you are also helping your child understand the women better and the importance of work she loves the most. She said, “I think your child will grow up realising, respecting and understanding a woman so much more that when she goes out to work and comes back home, she is still happy. Even though she could be tired, but she is still happy because she is doing what she loves the most.” She concluded the talk show by saying, “Be happy, believe in yourself and I think your child will automatically flourish.” (You May Also Like: Bigg Boss 12' Fame Surbhi Rana Reacts To Dipika Kakar and Sreesanth's Fall Out, Details Inside)

The Veere Di Wedding actress also opened about online trolling. In an episode of What Women Want, Kareena opened about people who shame celeb moms. She shared an incident where she was trolled, and said, “I have to address one thing… recently I got trolled on a photo where I was getting into a private jet… and the trolling was about how apparently, I’m a careless mother who’s letting my kid be brought up by nannies.” 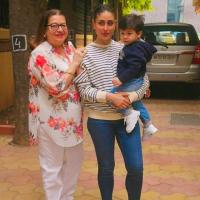 Kareena gave a befitting reply to all those who think she is a careless mom, the actress was quoted as saying, “To you judgemental folks who know nothing about my life, please note that there’s a finger I’m showing you in my mind right now.” Wow, you go girl! On a lighter note, Kareena also spilled beans about her husband, Saif Ali Khan and his desire to spend all his time with baby Tim. She said, “He's like obsessed. I have to push him out. Woh Bhuj ja rahe the shoot ke liye, and he was like ‘Nahi nahi, cancel the shoot. I can’t go. I can’t leave Taimur’. And I’m like, ‘You have to go. You have to work.’ I have to tell him, I have to be with you also sometimes alone (laughs)”. (Don't Miss: Elli AvrRam Reacts On Marriage Rumours With Hardik Pandya, Says 'Everything Is Over Between Us')

Well, the picture sums up a perfect family day! 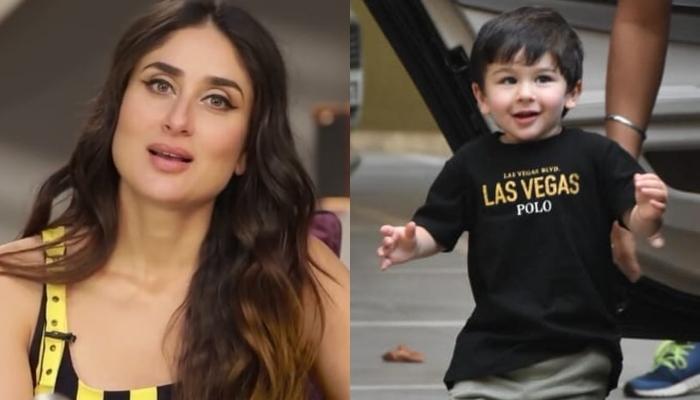 If there were any best baby awards in the tinsel town, Kareena Kapoor Khan and Saif Ali Khan’s son, Taimur Ali Khan, have won it without any second thoughts. Ever since, he has been born the little nawab is making headlines, from being paparazzi’s favourite kid to making the whole country