The alleged love triangle between Kartik Aaryan, Ananya Pandey and Sara Ali Khan has been doing the rounds for quite a while now. Checkout what Ananya has to say on the same.

All of us have had ample crushes during our school and college days. Many of us shy to talk about it openly and many are pretty chill talking about the same. Such is the case with two of the much-loved budding stars, Ananya Panday and Sara Ali Khan, who fall under the latter category. Both pretty damsels have openly talked about their huge crush on Bollywood’s chocolate boy, Kartik Aaryan. There is a certain sort of charisma and magnetic appeal in Kartik that is constantly bagging so much love from ladies.

So much has been said and written about Kartik, Sara and Ananya’s love triangle. For the ones who have been living under the rocks all this while, let us tell you, Sara Ali Khan had openly declared her crush on Kartik Aaryan when she had appeared on Koffee With Karan couch. While we were all waiting for their budding romance to kickstart, Kartik was spotted on a dinner date with Student of The Year 2 actress, Ananya Panday. All this fiasco raised many eyebrows and gave birth to another alleged love triangle in the Tinseltown. (You May Also Like: Ravi Dubey And Sargun Mehta Are Writing A New Fairytale With Their Adorable Social Media PDA)

Now, in an interaction with BollywoodLife, Ananya laughed off the tales of their love triangle and stated, "There is no triangle! I think, me as a person, I am so young. I’m 20 and it’s normal to have a crush. I’m very open about my feelings and I’m very open about the people I have crushes on. But I’m so young, I think my crushes change also all the time. So I think it’s just fun, everyone is having fun." She also remarked, "I’m 20 and it’s normal to have a crush on someone. I’m open about my feelings. Yes, I find Kartik cute and I’m lucky I’ve got a chance to work with him." 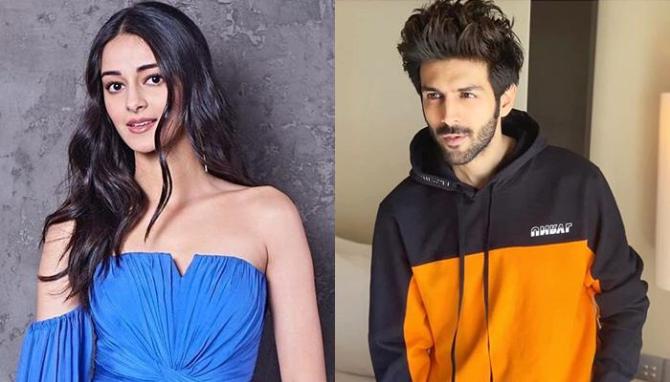 In a chat with ZoomTV.com earlier, Ananya got candid about her link-up rumours with her Pati Patni Aur Woh co-star, Kartik Aaryan. The budding star had remarked, “I attract love triangles. I really do.” When asked further how it is working with Bhumi Pednekar and Kartik, she had said, “I have not worked with Bhumi yet. I'll be working with her now when we resume shooting in July. But, from Kartik I've just learned how selfless he is as an actor. He thinks about how to make a scene better. He won't just think about his lines and how to make that better. And I think he is so comfortable with the language in Hindi. So, he is so spontaneous and can impromptu make up jokes and stuff. So, I think that's very cool.” (Checkout: Dipika Kakar Makes The Yummiest Kulfis For Eid, Sister-In-Law, Saba Ibrahim Gives A Thumbs Up) 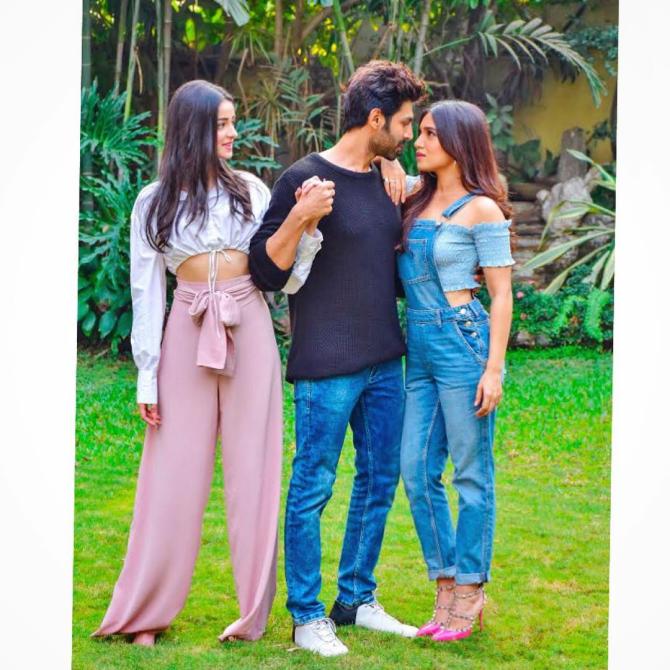 Once on Neha Dhupia’s chat show, BFFs With Vogue, Kartik had revealed what he finds annoying in Ananya Panday, "She loves and admires everything.” When asked to comment on the same, Ananya had replied, “That's not a bad thing, right? That's kind of a compliment only na? I don't think he can say anything bad about me. It's a compliment.” In an interview with a famous film critic, Anupama Chopra sometime back, Kartik had cleared the air surrounding his link-up rumours with Ananya Panday. He was quoted as saying, “Right now, I’m concentrating on my work. I think, relationships they do take a lot of time.” Kartik had further stated, “Mere andar phir guilt reh jata hai ki yaar main iss relationship main hoon (but) main time nahi de pa raha hoon. So, that is something I don’t want to do with the other person. That’s the reason I’m committed to my fans and work right now.” 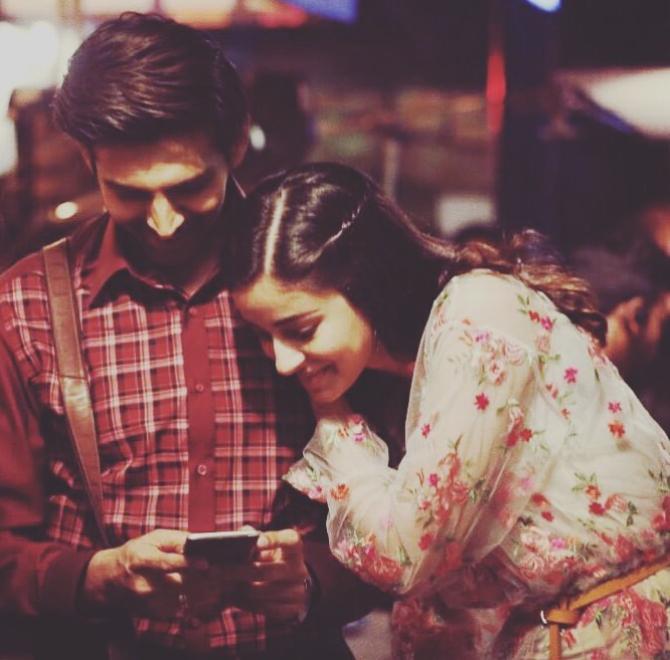 In the same interview, he was further quizzed about the pap culture and his pictures that create the headlines. Kartik had quipped, “Even if I have gone out for a meeting, with the producer and the actress, then it is written about me and the co-star. Which is something I don’t get. Who logon ko maza aata hai likhne main, toh who likhte hain. Abhi kitna rok lunga?” During another interview with Agenda Aaj Tak, Kartik had opened about the rumours and had said, “People say all sorts of things if we have lunch or dinner together. It was just one dinner. I find it strange to read such things about myself.” (Also Read: Rohit Sharma And Ritika Sajdeh's Daughter Was Made In Maldives, Baby S Flaunts It On Her Onesie) 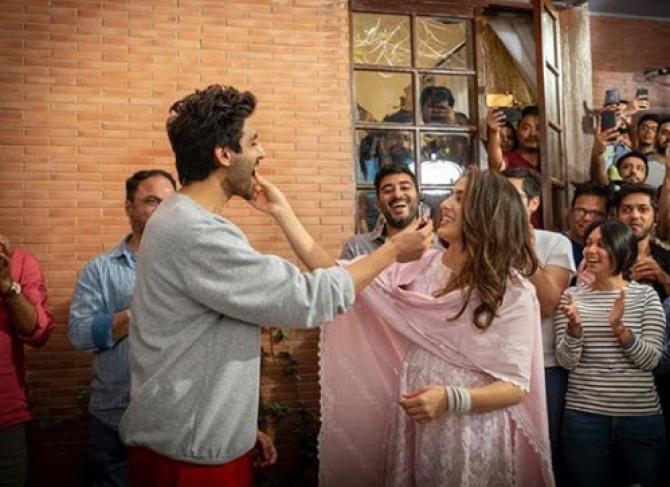 Also, a Filmfare report had recently suggested, “Sara and Kartik have gotten quite close to each other over the last few months and this has not been easy for Ananya as her relationship with him has just started. The two have been going through a rough phase as she does not approve of this growing friendship between Sara and him. Ananya has already tried to clear her issues with Kartik and they are trying their best to make it work.”

What do you think about this alleged love triangle of Sara, Ananya and Kartik? Do keep us posted!