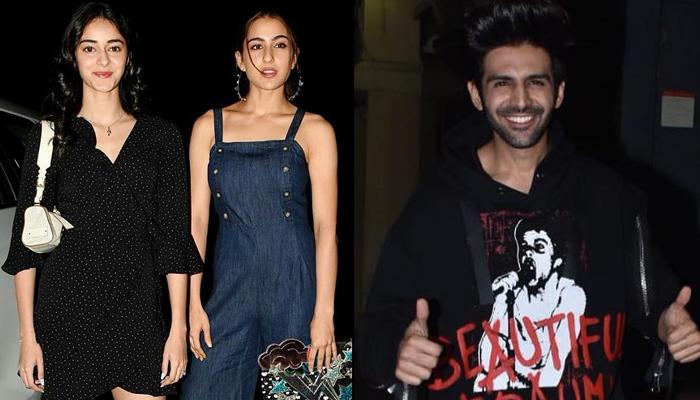 Be it Chaudhvin Ka Chand, Silsila, Chandni, Dil To Pagal Hai, Kuch Kuch Hota Hai, Hum Dil De Chuke Sanam, Dhadkan, Darr, Devdas, Dostana, Jab Tak Hai Jaan, Cocktail or Barfi, from 60s to 2000s, Bollywood has always believed in the tried and tested formula of showcasing a love triangle to make it a hit. But in real-life too, we have seen the complex love stories between B-town celebrities including Rekha-Amitabh Bachchan-Jaya Bhaduri, Katrina Kaif-Ranbir Kapoor-Deepika Padukone, Shahid Kapoor-Kareena Kapoor-Saif Ali Khan, Mona Shourie-Boney Kapoor-Sridevi, Krishna Kapoor-Raj Kapoor-Nargis, amongst others. (Also Read: 21 Most Controversial And Talked-About Love Triangles Of Bollywood That Made It To The Headlines) 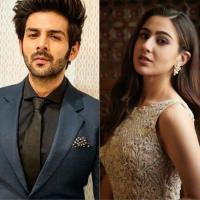 On Koffee With Karan season 6, after Sara Ali Khan confessed her ‘crush’ on Kartik Aaryan, Ananya Panday also admitted that she finds the Pyaar Ka Punchnama fame ‘damn cute’. Sara and Ananya both expressed their wish to go on a date with him, but the latter’s wish had a twist. When the host of the show, Karan Johar reminded her that Sara also has a ‘crush’ on Kartik and wanted to have coffee with him, Ananya replied, "Yeah, so I want to go on that date where Sara and him are going."

Ananya Panday’s wish got fulfilled on February 28, 2019, as she finally scored a date with Kartik Aaryan and Sara Ali Khan! No, it wasn’t a ‘coffee date’ but the girls came together to root for their ‘cute crush’, Kartik’s film, Luka Chuppi. For the special screening of Luka Chuppi, Sara looked gorgeous in a denim jumpsuit and wore long round earrings to complement her outfit. Ananya kept it simple with a LBD and complemented it with white coloured casual shoes. Sara and Ananya were all smiles for the cameras as they posed together.

The screening also had Kriti Sanon and Kartik Aaryan’s parents in attendance and they seemed extremely proud of their children. Here are the pictures:

When Kartik Aaryan appeared on Koffee With Karan season 6 with his Luka Chuppi co-star, Kriti Sanon, Karan Johar asked him, "An exciting thing that happened Kartik is Sara Ali Khan came on my couch and said that she wanted to date you. What is the follow-up on that? What's the status? Are you interested in Sara Ali Khan?", Kriti interrupted, "Have you sent her your address?" (Also Read: Kartik Aaryan Reveals When Will He Ask 'Princess' Sara Ali Khan For Date And What He Loves About Her) 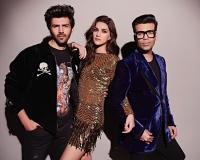 To which, Kartik sat there and blushingly replied, “So, what I'm doing is, sir, I'm just trying to, you know, earn more and more money right now. Saif (Ali Khan) sir said, 'Does he have the money?' So, I'm just..." Karan probed, “And, you clearly don't have the money that can match the Prince of Pataudi.” Kartik answered, “I don't know. She is a princess. So, you know, to ask her out on a date, you know, I would require a certain bank balance.” 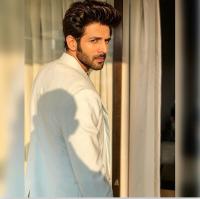 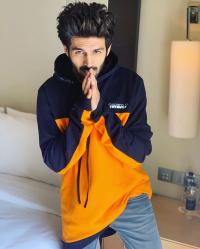 Karan again raised the topic of Kartik and Sara’s ‘romance’ when the Sonu Ke Titu Ki Sweety actor shared, “People should be open about their relationships”. To which, Karan asked him, “Are you open about yours. I really want to know. So sweetly she (Sara) came on the couch and said this.” Kartik replied, “Sir, I'm trying to earn money.” Karan probed him, “Just for her?” To which, Kartik said, “Just for her. The moment my bank balance is there, I'll ask her out." Karan asked him again if he is dating anyone, “But, you have already asked Ananya out. So, you do not seriously want to date any of them? You're not dating anyone?”, Kartik denied and said, “I haven't asked Ananya out. I'm not dating anyone.” 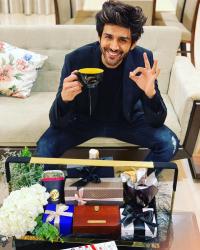 During a recent Twitter interaction, there happened a new twist on the Kartik-Sara-Ananya saga, when a user asked Kartik which 'newbie' among Sara Ali Khan and Ananya Panday was his favourite. The Sonu Ke Titu Ki Sweety star left a somewhat cryptic reply, "Jinka main fav hoon (whoever considers me their favourite)." (Also Read: Sara Ali Khan Has An Unmissable Reaction On Crush, Kartik Aaryan And Ananya Panday's Dating Rumours)

On the work front, Kartik Aaryan and Ananya Panday are working on their next project, Pati Patni Aur Woh remake, and he is in talks with director, Imtiaz Ali for a film probably starring Sara Ali Khan. Can’t wait to watch these duos on-screen!