Ananya Panday is riding high on the pillion of success these days, all thanks to her latest film, 'Student Of The Year 2'. When asked about BFF Suhana Khan, she replied this about her dad, SRK. 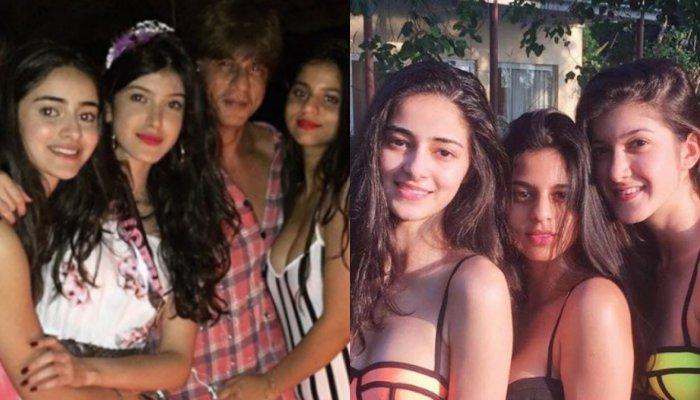 Dedicated to all the BFFs discussing this together- has it ever happened to you that you are more friends with your bestie’s parents than your BFF? Every family function means an unsaid invitation to each other’s families, parents of besties becoming each other’s bestie too, you will never hear a ‘no’ for a night out at your BFFs house and having achieved all milestones in life together, you guys end up understanding the meaning behind each other’s breaths and sighs! Every-BFF story-ever! Well, that’s exactly the kind of scenario, which we bet, prevails at Ananya Panday, Suhana Khan and Shanaya Kapoor’s house. (Do Read: Arbaaz Khan's GF Giorgia Andriani Bonds With Salma-Helen Over Her Birthday Dinner (Pics Inside))

Though which star family this trio belongs to, needs no further introduction but we will still do so for your reference. Ananya Panday is the daughter of Chunky Panday, Shanaya Kapoor is the daughter of Sanjay Kapoor and Suhana Khan is the little princess of superstar, Shah Rukh Khan. The trio has grown up with each other and always ensures to meet each other whenever they are in town to keep their friendship with each other intact. The trio is extremely close with each other’s families too, which reminds us to show you a glimpse of an awe-struck AbRam Khan (Suhana Khan’s brother), who says “oh no” to Ananya Panday as she touches her nose with her tongue! Here’s the adorable video:

Ananya Panday is riding high on the pillion of success these days, all thanks to her latest Bollywood debut film, Student Of The Year 2. In various interviews, we have learnt about many childhood stories and interesting accounts of being brought up and surrounded by stars all around. In a recent interview with Filmfare, Ananya was asked if she ever gets star struck. Replying to which, she shared that she isn’t used to being on a film set as a child and neither are her besties, so she does get star struck sometimes. When she was later asked about bestie Suahana Khan, Ananya added that she considers her father, Shah Rukh Khan as her second dad and also added that she has spent a large chunk of her childhood around him. Isn't that so sweet?

In a recent interview with SpotboyE, Ananya Panday’s mother, Bhavna Panday had shared a very interesting account of Ananya Panday, Shanaya Kapoor and Suhana Khan from their childhood. The star mommy had shared that B-town BFFs, Shanaya Kapoor (Sanjay Kapoor’s daughter), Suhana Khan (Shah Rukh Khan’s daughter) and Ananya Panday (Chunky Panday’s daughter), would all huddle together during birthday parties and used to dance to Bollywood songs! Even Ananya had vouched for the same in an interview and had revealed, “When we were young, during our family gatherings, we would put together shows and perform in front of our parents. Shah Rukh sir would record us on a Handycam, and we would make short films out of them."

Talking about Ananya Panday, Shanaya Kapoor and Suhana Khan’s friendship, did you know that the former hadn’t told them about #SOTY2 for a long time? Yes, revealing the same in an interview, Ananya had shared, "I didn't tell them about SOTY 2 for a long time because I didn't want to disappoint them in case it didn't work out. They are always posting my links and speaking to people about me”. (Must Read: Kareena Kapoor Khan's Secret Diet Plan Revealed Which Helps Her To Stay Slim, Healthy And Gorgeous) 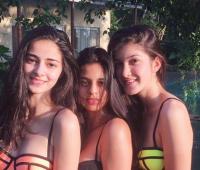 Ananya Panday is not a trained actor but it is her best friends who she had played acting games with! Yes, Ananya had shared in an interview, “I've always wanted to be an actor, but I'm not a trained actor. I've just played 'acting games' with Suhana Khan (Shah Rukh Khan's daughter) and Shanaya Kapoor (Sanjay Kapoor's daughter), imitating our moms Gauri, Bhavna and all. (Smiles) I've pursued drama in school. Since my grandparents were doctors and I love biology as a subject, I almost had this moment in life when I thought I'll be a doctor. But no, acting is my calling. I'm a very filmi bachcha.” 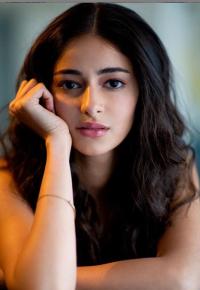 In an interview with IB Times, Ananya Panday had shared that she, along with her besties, Suhana Khan and Shanaya Kapoor would love to be cast in this movie together, “Suhana's going to NYU (New York University) for studying acting and I think that's amazing. She is such a good actor if you've seen her videos online. I've always seen her act and loved how she is. We don't have any serious conversations about acting. We're like sisters so, it's the fun and fluffy stuff. But if anyone is making a film on three best friends, please cast Suhana, Shanaya and I – maybe a Dil Chahta Hai 2!” 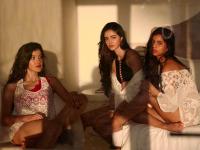 What were Suhana Khan and Shanaya Kapoor’s reaction upon seeing her in the Student Of The Year 2 trailer? Ananya Panday had revealed, “Suhana and Shanaya were so excited seeing me in the SOTY 2 trailer. I don't think they can believe it that I'm actually in a film. Even I can't believe it! When I saw the trailer, I thought it was someone else's film, but then I realised it's us on the screen. It's not sunk in yet. We always send each other pictures on the Charlie's Angels group that we have on WhatsApp. There's just so much love around SOTY 2.” (Also Read: Amitabh Bachchan Tweeted To Use Social Media Carefully Just Before Vivek Oberoi's Controversial Meme) 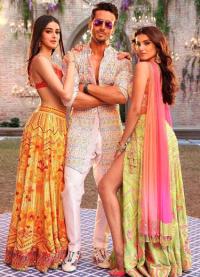 Much love to this trio of Ananya, Suhana and Shanaya!