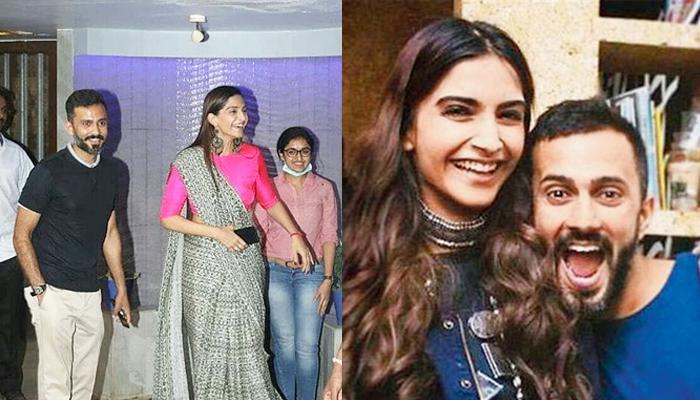 With barely 3 days to go now for Sonam Kapoor and Anand Ahuja’s wedding, the world is not waiting more for anything but that. With the official confirmation from both the families which stated, “The Kapoor and Ahuja families, take great joy and pride, in announcing the marriage of Sonam and Anand. The wedding will take place on the 8th of May in Mumbai. Since it is an intimate affair, we request you to respect the family's need for privacy. Thank you for all your blessings and love, as we celebrate this special moment in our lives”, the excitement has increased manifold.

Yesterday, we brought to you the news of what Sonam Kapoor will be wearing at her wedding. Today, we’re about to tell you what her groom, Anand Ahuja will wear on his D-day. According to a report in the Times of India, famous designer Raghavendra Rathore will design Anand Ahuja’s wedding outfit, and also his family members’. The connection of Raghavendra Rathore to the Kapoors stems from the fact that he had also designed the costumes for Fawad Khan in the movie Khoobsurat, which was produced by Sonam Kapoor’s sister, Rhea Kapoor. 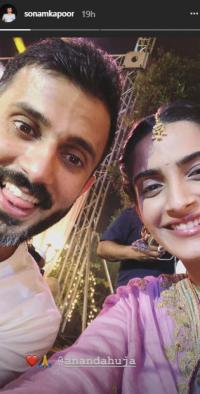 On the other hand, rumour is abuzz that Sonam Kapoor will collaborate with the British designer duo, Ralph and Russo. They have a long-standing personal and professional camaraderie with Sonam. Reportedly, Ralph and Russo are designing her wedding reception lehenga. Rumour also has it that Sonam will be appearing in an Anamika Khanna ensemble for her wedding. Sonam is a big of Anamika Khanna, and recently in an interview, she was quoted as saying, “Everybody dreams of being an Anamika bride. I just have an added advantage”. (Also Read: Sonam Kapoor's Wedding Gift For Anand Ahuja Is The Most Priceless Gift He Will Ever Receive In Life)

In the same interview, she had mentioned, “Don’t do the mathapatti, the nose ring, the necklace, and the hathphool altogether. Every piece should not be a statement piece. There should be one thing that’s beautiful and stunning, and everything else has to accentuate it”. 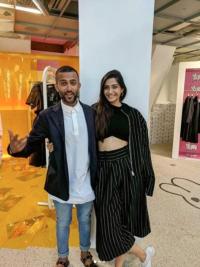 One of the latest buzz when it comes to Sonam Kapoor and Anand Ahuja’s wedding that is making us more than excited is the fact that Sonam’s father, Anil Kapoor will be seen dancing to two of his favourite and iconic songs- My Name is Lakhan and Gallan Goodiyaan. A source was reported, “Anil is ecstatic about his performance on Sonam and Anand’s sangeet. He will perform on two of his favourite numbers – Gallan Goodiyan from Dil Dhadakne Do and My Name is Lakhan from Ram Lakhan. It will be more fun because Satish Kaushik and Anupam Kher will also be joining Anil”.

For the uninitiated ones, Sonam and Anand’s wedding shall kick-start off on May 07, 2018 with mehendi and they will be pronounced husband and wife on May 08, 2018.

Next Read: Boney Kapoor Is Proud Of Sridevi Kapoor Getting The Best Actress National Award For 'Mom'