Sonam Kapoor and Anand Ahuja are finally getting married on May 08, 2018. The two-day event, kick-starting on May 07, 2018 with mehendi, is the most anticipated wedding of 2018. The elated families released a joint statement announcing to the world that Sonam and Anand would soon be pronounced husband and wife. (Also Read: Mom Sunita Kapoor Makes The Sweetest Gesture Amidst 'Beti' Sonam Kapoor's 'Shaadi Ki Tyaari')

Everyone is eagerly waiting for Sonam Kapoor’s wedding but millions are also waiting to catch one glimpse of her wedding avatar. After all, Sonam Kapoor has single-handedly changed the face of Indian fashion and she has always been on top of her game. When we say the term ‘fashionista’, invariably Sonam Kapoor’s name flashes across our minds. In a February 2018 interview that Sonam gave to the Brides Today magazine, she had said, “I don’t like fashion pieces. I like beautiful, traditional Indian clothes, that don’t go out of style”. 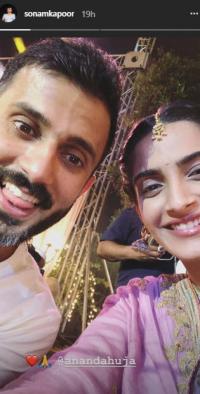 So, what will Sonam Kapoor wear at her wedding? Well, reportedly, Sonam is going to collaborate with her designer friends Ralph and Russo for her wedding reception outfit. If the buzz is to believed, the British powerhouse designer duo has designed an ensemble reception lehenga for Sonam Kapoor. Sonam, who has always been every designer’s favourite, has previously collaborated with Ralph and Russo. She was seen wearing their gorgeous white outfit at the 69th Cannes Film Festival.

Also, as for her D-day, rumour has it that her wedding dress has been designed by Anamika Khanna. The gorgeous ensemble designer has also previously appeared with Sonam, when they together posed for the cover of Brides Today for their February 2018 issue. In fact, once Sonam was quoted as saying, “Everybody dreams of being an Anamika bride. I just have an added advantage”. (Suggested Read: Janhvi Kapoor Wears Mom Sridevi's Saree At The 65th National Film Awards, Looks Like Her Reflection)

She had further added, “Don’t do the mathapatti, the nose ring, the necklace, and the hathphool altogether. Every piece should not be a statement piece. There should be one thing that’s beautiful and stunning, and everything else has to accentuate it”. 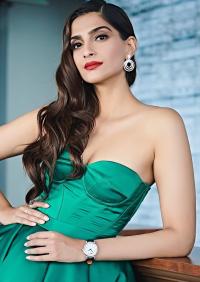 Speaking of designers and Sonam Kapoor’s wedding, we all know that Sonam is great friends with Indian ace designers, Abu Jani and Sandeep Khosla. Perhaps, we could expect an outfit from this duo as well for one of her wedding functions? (Don't Miss: Aly Goni Will Soon Be 'Aly Chachu' From 'Romi Chachu', Karan And Ankita Are Expecting Their 1st Baby)

Earlier, the Kapoors and Ahujas confirmed the wedding by releasing a statement which read, “The Kapoor and Ahuja families, take great joy and pride, in announcing the marriage of Sonam and Anand. The wedding will take place on the 8th of May in Mumbai. Since it is an intimate affair, we request you to respect the family's need for privacy. Thank you for all your blessings and love, as we celebrate this special moment in our lives”. 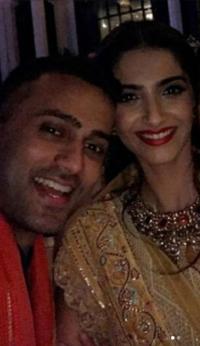 On the other hand, the latest buzz is that Sonam’s father, Anil Kapoor will be dancing at the wedding on two of his hit songs. A source close the family revealed, “Anil is ecstatic about his performance on Sonam and Anand’s sangeet. He will perform on two of his favourite numbers – Gallan Goodiyan from Dil Dhadakne Do and My Name is Lakhan from Ram Lakhan. It will be more fun because Satish Kaushik and Anupam Kher will also be joining Anil”. 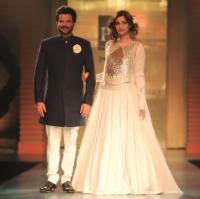 Well, we all are waiting for Sonam Kapoor and Anand Ahuja’s wedding, and are definitely looking forward to seeing them in their wedding avatars.