While everything is going fine professionally as well as personally for the Indian tennis star and soon-to-be-mommy, Sania Mirza, but it seems like her sister, Anam is having trouble in her personal life. Sania’s younger sister, Anam Mirza took her wedding vows with Akbar Rasheed on November 18, 2016, in Hyderabad. (Also Read: Mommy-To-Be Mira Rajput Shares 'Weird Phase' Of Pregnancy That Every Expecting Mother Goes Through)

And now after one-and-a-half years of marital bliss, Anam and Akbar have decided to part their ways. As per the reports of Pinkvilla, a source was quoted as saying, "The reason for the split is still unknown but we believe the divorce proceedings have come through. Meanwhile, Anam continues to focus on being the stylist for her sister and running her fashion outlet." Sania Mirza took to her Instagram when her baby sister got married and shared a lovely twinning picture with the caption, “My baby is a married woman now, but will always remain my baby sister I love you @anammirzaak .. you made for the most beautiful bride in the whole wide world.” Anam andAkbar’s sangeet was a star-studded affair with Salman Khan, Parineeti Chopra, Arjun Kapoor, Farah Khan Kunder, Huma Qureshi, Harshvardhan Rane and many other celebs were in attendance. (Also Read: 'Rishta Likhenge Hum Naya' Fame Rohit Suchanti Clears Air About Dating Actress Akanksha Puri) Post their star-studded sangeet ceremony was a Bollywood style mehendi function. Then Anam and Akbar had a royal Muslim wedding on November 18, 2016, in a traditional style. For the wedding, while Anam and Akbar opted for colour-coordinated outfits, bride’s sister, Sania and her hubby, Shoaib Malik also looked like a made-for-each-other couple as they were twinning in red ensembles. (Also Read: Neha Organises Surprise Birthday Party For Hubby Shakti Arora, He Didn't Know It Was His Birthday)

Sania Mirza and her sister, Anam Mirza are often spotted together on vacations posing for pictures with each other. Anam, who is a young stylist from Hyderabad, has launched a multi-designer expo named, The Label Bazaar whose brand ambassador is her sister, Sania. Anam styles Sania for the events, and speaking about the same, she once stated in an interview, “It has become easier for me to style Sania. I know her body type, what she likes, what colours and styling will suit her and so on. She is one of my favourites and it is fantastic to work with her.” Anam Mirza earlier talked about how Akbar proposed her for marriage and said, “I always had a very movie-like marriage proposal in mind. So, here I was waiting for a filmi proposal from Akbar, while our engagement invitations were already sent out. Of course our families had discussed that we are getting engaged and all, but I was left wondering 'Arey abhi tak Akbar ne mujhe woh movie wala proposal kyun nahin diya!' nd I was definitely not expecting a proposal after the invites were out!” (Also Read: Sonam Kapoor Ahuja Kills It Big-Time At Cannes 2018 By Wearing Something From Hubby's Brand) 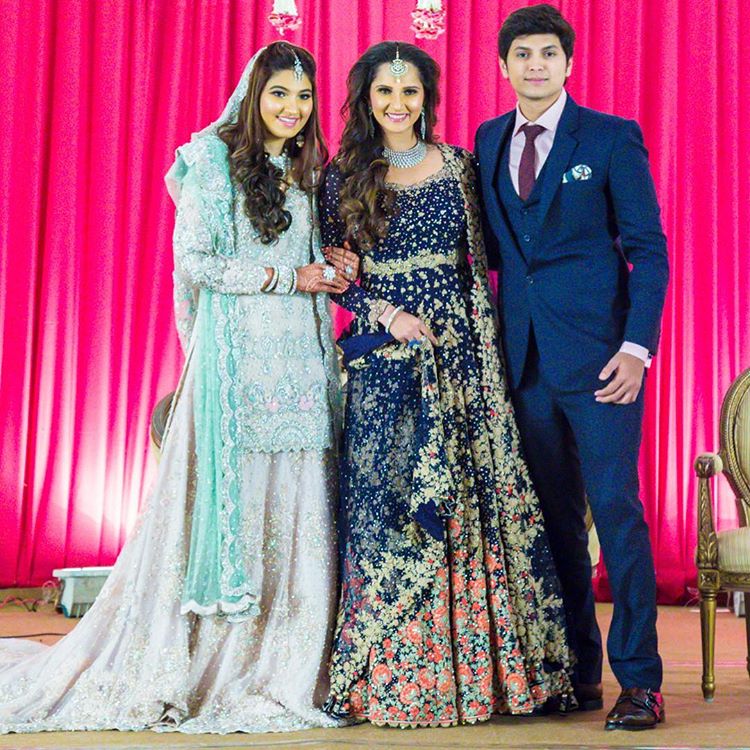 Akbar then confessed, “I knew Anam is very filmi so I planned this grand proposal at Falaknuma Palace on August 27, after our engagement was announced by our family. We came on a chariot, red carpet was rolled out for her, there were roses and all of that. Also, I got a tiara for her. And then, I went down on my knees and asked her 'Will you marry me?' as the violins played in the background. There were banners with 'Will you marry me?' too.”  (Also Read: Shivaleeka Oberoi And Karam Rajpal Took A Fun 'Love-Test' On Their Relationship. Details Inside!) Akbar Rasheed asked his lady-love, Anam Mirza to marry him in a full filmy Shah Rukh Khan movie style proposal. Though there is no confirmation about the divorce from either of them, these rumours left their fans wondering what went wrong between the lovebirds.

Next Read: Aishwarya Sakhuja's Adorable B'day Wish For Mother-In-Law Confused Us If She's Her Maa Or Saasu Maa 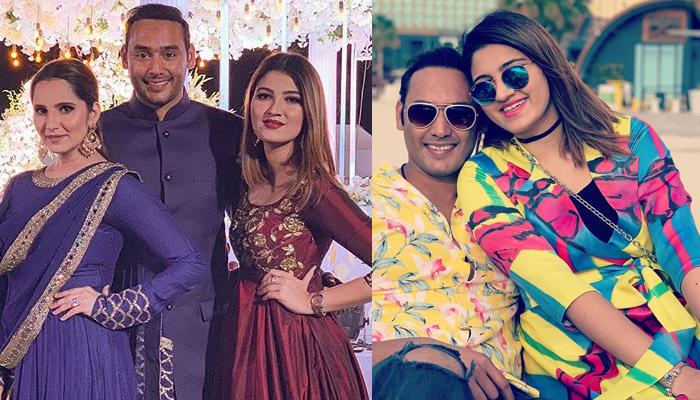 Speed-breakers in the path of love are likely. However, most couples remain persistent in the path of love and try multiple times to successfully cross the roughs but ultimately, people give up because sometimes holding on does more harm than letting go. And when you let go, there are different