We love the bond that Salman Khan shares with Katrina Kaif which is undeniably very adorable. Recently, their picture was shared by Katrina’s trainer and we gave them our heart. 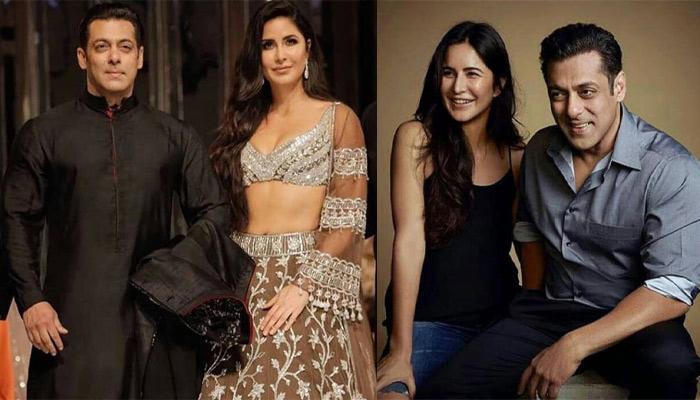 In Bollywood, it is difficult to find a steady relationship and true friendship. Sometimes, it becomes difficult for us to understand whether a couple is genuinely in a relationship or faking it for their movie's promotion. In today’s era, when everything is about social media likes, it is difficult to understand the true dynamics of one’s relationship. Sometimes, when we see a couple sharing screen space together, we secretly wish them to be together, but they break our heart when they announce their relationship with someone else. The same thing happened when we had wished Salman Khan and Katrina Kaif to be together. (Recommended Read: Kim Sharma's Sweetest Wish For Her Ex, Yuvraj Singh On Birthday, Praises His Wife Hazel Keech)

Salman Khan is considered as one of the nicest actors of Bollywood and his humble nature, care and love are cherished by his colleagues and friends. Salman has launched many B-town divas and shares an amicable bond with all of them. Salman has given Bollywood some great finds and one among them is Katrina Kaif. Katrina had worked in the movie, Maine Pyaar Kyun Kiya alongside Salman and ever since the release of the movie, there is no looking back for the actress. Katrina and Salman had stood by each other through thick and thin and have praised each other at numerous events and award shows. At the beginning of Katrina’s career, it was speculated that she is dating her mentor, Salman and he is also serious about her. But the duo has always maintained the tag of ‘good friends.’

Whenever we see Katrina Kaif accompanying Salman Khan for any movie promotion or stage show, we secretly wish for them to be together. A mere glimpse at the duo takes our breath away and we can’t stop blushing and hoping to have an understanding partner/friend like they are. Recently, Katrina’s trainer posted a picture with Salman and Katrina and captioned it as “Time to break the internet, because I take the best selfies. We even dressed to match for the occasion #somethingforthefans (over a 3000 of you wanted this to happen) @katrinakaif @beingsalmankhan.” The duo looked adorable, twinning in black.

Katrina Kaif and Salman Khan have never shied away from showcasing their affection for one another during events and media interactions. Salman has always been protective of Katrina and supports her in every decision of her life. Salman is Katrina’s biggest cheerleader and the same was seen during Katrina’s IIFA 2019 dance performance. During the award ceremony, the host, Ayushmann Khurrana had announced Katrina’s name for her performance and had said, “Presenting the very charming, gorgeous and extremely talented Katrina Kaif!” Hearing the same, Salman had immediately gotten up from his chair and cheered for lovely Katrina. Take a look at the video shared by a paparazzi:

Recently, Katrina Kaif had launched her line of beauty products with the name, ‘kaybykatrina’ and she was praised by everyone. Salman Khan had also appraised Katrina by sharing a video of Kay beauty products featuring her and had captioned it as “What is Kay beauty doing out in the stores ... it should b in ur homes on ur dressing tables and on ur face without being in sum1’s face....Kay beauty out now in stores and on nykaa.com! Follow @kaybykatrina now!” He had also shared a poster of Katrina’s beauty products and had captioned it as “Congrats @katrinakaif for the launch of ur new make up line. To all my fans, ab aap bhi Make up ke liye line mein khade ho Jao. . . pls follow karo . . @kaybykatrina.” Such a sweet gesture by Salman!

In a throwback interview with the Mumbai Mirror, Katrina Kaif had talked about how Salman always shows up whenever she is upset. She had said, “Salman is a dear friend, and the best, seemingly bizarre thing, is that we may not speak for weeks, even months. But during this period, if something happens to upset me, he will suddenly show up. It's strange because, at such times, I haven't confided in anyone for him to know yet he's there. It's just a strange coincidence and yet somehow comforting. Nothing needs to be said or done, but just the fact that it happens is reassuring. Beyond that, I also feel blessed to have my six sisters and mother who are a great source of support.”

In an interview with Vogue magazine in 2017, Salman had reminisced his first meeting with Katrina. He was quoted as saying, “It was a small get-together. She had come home for a party and I thought she was one of the sweetest girls ever. She knew my sisters and all my friends, but she didn’t know me.” Salman is famous among his friends and colleagues for leg-pulling and taunting. Katrina Kaif in an interview with Pinkvilla had shared her reaction on the same and had said, “He pulls everyone’s leg. It’s his personality that makes everyone feel comfortable. Everyone smiles around him. I’m not a silent lamb. I give it back when I have to.” (Must Read: Divyanka Tripathi Dahiya Feels Grateful To The Show, YHM For Giving Her 'Life Partner', Vivek Dahiya)

No matter what their relationship status is, we can’t deny the fact that they look so good together!