As a 'Throwback Thursday' special, 'papa's girl' Karisma Kapoor took to her Instagram to post a sepia-themed photograph of herself with father, Randhir Kapoor.

In the middle of learning to walk, holding papa’s hands and managing our daily chores on our own including taxes and finance, we all grew up! Going through our childhood album and stumbling upon those cherishable memories, reminiscing the golden old days always makes us dewy-eyed. If we talk about Bollywood throwbacks, we all wait for the celebrities to post rare unseen pictures with the hashtags, ‘This Day, That Year’, ‘Throwback Thursday’ or ‘Flashback Fridays’ from their archived treasure. (Also Read: Mahhi Vij Shares An Adorable Picture Holding Her Little Angel, Tara Jay Bhanushali's Hand)

From what looks like, Karisma Kapoor too, loves to revisit the good old times, every now and then, as her Instagram handle is mostly filled with the golden gems from their family album. To wish her mother, Babita on her 72nd birthday, along with a throwback picture of the Raaz star, Karisma had written, “Happy Birthday Mom we love you the most. Thank you for always reminding me that our fans are most precious. Back in the day, actors would personally autograph pictures of themselves and send it as a reply to all their fan letters. It was a personal gesture to reciprocate the love and blessings that were sent via fan mail. Non digital age #happybirthday #family #mom.” September 26, 2019, is no different! As a 'Throwback Thursday' special, Karisma Kapoor took to her Instagram to post a sepia-themed photograph of herself with father, Randhir Kapoor. While Karisma looked cute as a cotton ball in a blue and yellow coloured frock, Randhir ji looked dapper in a polka-dotted black shirt. But it is Lolo’s squeezed nose pose and an adorable caption which has all our heart. Karisma’s caption could be read as “Papa’s girl #throwbackthursday #regram” followed by a heart emoji. 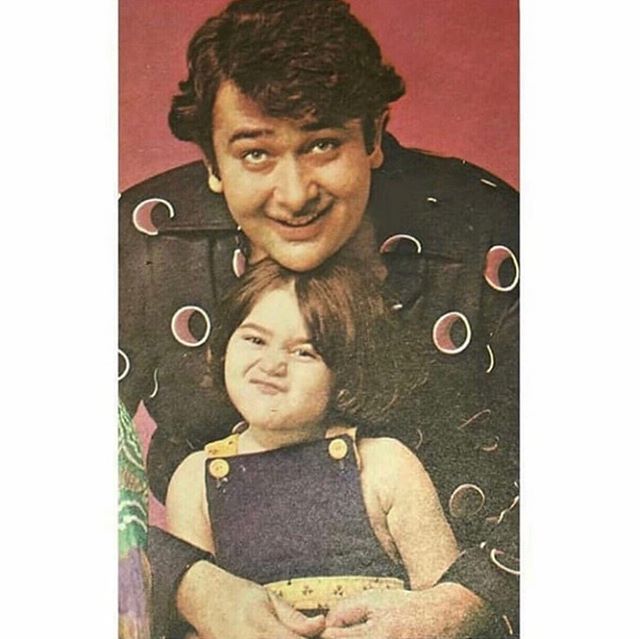 In an interview earlier, Randhir Kapoor had revealed if he would like to share the screen space with his daughters, Kareena Kapoor Khan and Karisma Kapoor. He had said, “Hum kalakaar hain, aagar kuch achha aayega to hum karenge (we are artists and if something good comes up, I will do it). Good script is important; whenever I get a good offer, I will do it. If something interesting comes my way then I am also ready to work with Karisma [Kapoor] and Kareena [Kapoor Khan].” (Also Read: Imran Khan's Professional Failures Became The Reason Behind His Separation With Avantika Malik?) On November 6, 1971, Randhir Kapoor and Babita had tied the knot in a Punjabi wedding at the Kapoor residence. But unfortunately, things didn’t work out between the two and in 1988, Randhir and Babita had parted their ways. In a media interaction at Babita's 70th birthday bash, Randhir Kapoor had revealed why the two haven't divorced each other yet, "Divorce for what? Why should we head for divorce? I don’t intend to get married again, and nor does she. She found that I was a terrible man who drank a lot and came home late, which was something she didn’t like. And I didn’t want to live the way she wanted, and she couldn’t accept me as I am, though it was a love marriage. So it’s okay. We had two lovely children to look after. She brought them up in the best way and they have excelled in their career. What else I could have asked for as a father?" Karisma Kapoor also had a rough married life with her ex-husband, Sunjay Kapur and they had ended their 11 years of marital life in June 2016. Post their divorce, Karisma was rumoured to be dating Sandeep Toshniwal and speculations were rife that they might get settled down together soon. However, Randhir Kapoor had vehemently denied such conjectures and was quoted as saying, “There’s no truth to this. I would want to get Karisma married again, but she isn’t interested. We have spoken about it and she has clearly told me she doesn’t want to start a family again. She wants to raise her kids (Samaira and Kiaan) well and that’s her only plan right now.” 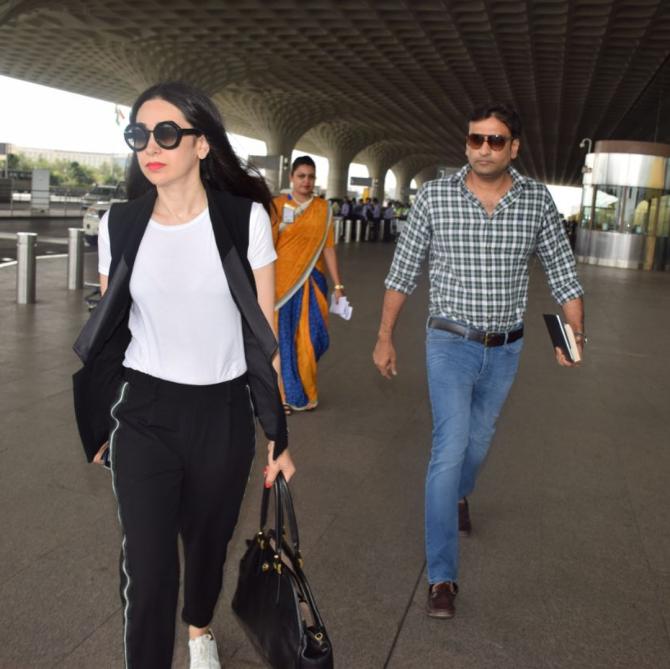 In another interview, Randhir Kapoor had thrown some light on Lolo’s remarriage plans and had stated, “If she wants to get married, then she has my blessings. She is young and must be seeing him [Sandeep], I don’t know. I also see their photographs.” He had continued, “My children are settled. In fact, both my daughters are wealthier than I am and I keep asking them to adopt me as their father so that I can also be rich. I still meet Babita for dinner sometimes, we eat and laugh. That is the way we are.” (Also Read: Erica Jennifer Fernandes Forcefully Baby Feeds Rumoured BF, Parth Samthaan With Her Own Hands) Don’t you too, wanna dig out some good old pictures and share it with your loved ones? Share it with us too. We are waiting! On February 15, 2022, Randhir Kapoor turned a year older, and the whole Kapoor clan got together for a scrumptious lunch. For the unversed, Randhir Kapoor had fallen in love with the actress, Babita Shivdasani, and they are blessed with two daughters, Karisma Kapoor and Kareena Kapoor Khan. However, Randhir and