'Malang' actress, Amruta Khanvilkar is celebrating her birthday today and has received a lovely wish from her husband, Himanshu Malhotra. Take a look! 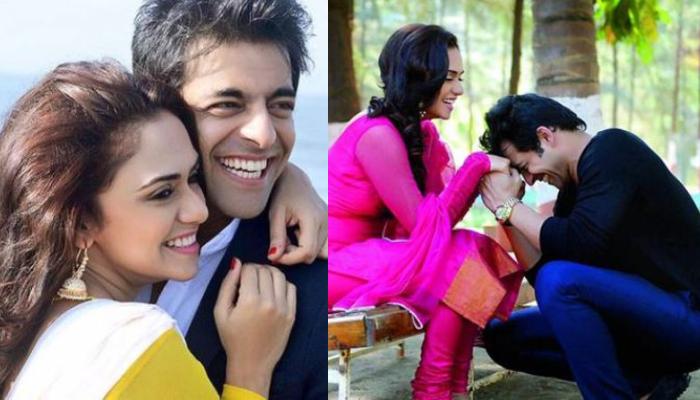 There's this beautiful thing about love, it just walks away from your life, when you want it the most but enters into your life, when you need it the most. And, there's no better feeling in this world, then having someone, on whom you can rely on 24x7 and can be what you truly are. One such couple that makes us believe in the notion of 'somewhere someone is made for you', and the jodi is none other than the super-gorgeous, Amruta Khanvilkar and Himanshu Malhotra. (Recommended Read: Ankita Lokhande And Her Beau, Vicky Jain's Dance Video In Their 'Night Dresses' Is Pure Couple Goals)

The couple who had won the dance reality show, Nach Baliye season 7 and after ten long years, the couple got hitched on January 24, 2015, but no one popped the 'question' to the other as their families decided everything. The couple never misses a moment to give us major relationship goals with their romantic pictures and videos on their respective social media handles.

On November 23, 2020, Amruta Khanvilkar's husband and popular motivational speaker, Himanshu Malhotra took to his Instagram handle and shared two cutesy pictures with his wife on her birthday from their cake cutting ceremony. In the pictures, the adorable couple looked breathtakingly stunning in their respective outfits, but it's birthday girl, Amruta's birthday crown that stole all the limelight. Along with the stunning pictures, the doting husband, Himanshu penned down his thoughts on his ladylove's special day and revealed how Amruta had changed his life. He wrote, "Happiest birthday @amrutakhanvilkar Amu You are truly the most beautiful, purest, naughtiest & entertaining part of our life, each day your presence fills our life with fun, masti, naughtiness, positivity, fearlessness and a new perspective towards life." Take a look:

Going further in his note, Himanshu praised Amruta for always spreading positivity in his life with her energy. He also revealed that Amruta is working on something for the last 10 months and is working hard towards that particular dream of hers. Giving his best wishes to Amruta for the same, Himanshu added, "Through you I always see life in a new form & learn each day. Wishing you a beautiful and special year baby. Ps: Since the past 10 months I have been seeing you pushing yourself relentlessly each day to fulfil ur dream, I pray it happens at the soonest Lots of love and happiness You are the Cutest and the Prettiest #happybirthday #amu #love #light #happiness #cutest #prettiest" in the caption. Also, Himanshu shared some more stills of Amruta on his IG stories. (Don't Miss: Abhishek Bachchan Wishes His Nephew And 'Coolest Kid On The Block', Agastya Nanda On 20th Birthday)

A few months back, there were rumours that Amruta Khanvilkar and Himanshu Malhotra are having some major trouble in their marriage and that the actress had unfollowed her husband from her social media handles. After which, in an interview with the Bombay Times, Amruta had shared the reason why she had blocked husband, Himanshu on social media and also his number. The actress had revealed, "I realised how childish I was when I unblocked his number the next morning. Himanshu said that he kept calling me the entire night, but could not get through. It was a spur-of-the-moment act, and I didn't realise that it would lead to speculations about trouble in our marriage." (Also Read: Anil Kapoor's Throwback Babymoon Picture With Wife Sunita From The Sets Of 'Lamhe' Is Couple Goals) 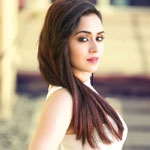