Sharing the first-ever picture, officially announcing their pregnancy and revealing that they are in the ninth month of pregnancy, Amrita Rao and Anmol shared that the baby is coming really soon. 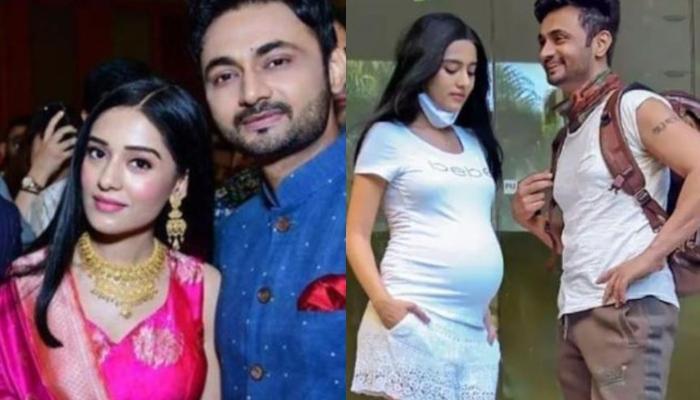 There are some celebrities, who share every detail of their personal life with their fans on social media. And then there are some, who manage to keep their lives so private that even the biggest news like wedding or pregnancy remains a secret from their fans. Despite the social media, paparazzi culture and constant media scrutiny, celebs from the latter category prove that it is possible to keep their personal life away from the limelight. Amrita Rao and her RJ hubby, Anmol belong to the latter category, who had not only kept their relationship and marriage a secret, but their pregnancy too. (Also Read: Virat Kohli And Anushka Sharma Enjoy In Pool Post RCB's Win, Virat Reveals Anushka's Delivery Date)

On October 13, 2020, Amrita Rao and Anmol were spotted outside a clinic in Khar and the former was snapped with a baby bump. The mommy-to-be had looked beautiful as ever in a white top and matching shorts with pregnancy glow and baby bum accentuating her look. Finally, after keeping the news of her pregnancy under the wraps for months, in an interview with Mumbai Mirror, Amrita had confirmed that she’s pregnant. Saying that the feeling that she will be a mother soon is yet to sink in, Amrita had confirmed the reports, “It’s like reliving our childhood. I guess it takes your child to be in front of you to believe what nature can do.” 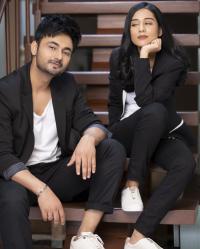 While we had thought that there’s still time (read months) for junior Amrita or Anmol to arrive, the couple has announced that they’ve already entered the ninth month of pregnancy. Sharing the first-ever picture on their respective social media handles, officially announcing their pregnancy and revealing that they are in the ninth month of pregnancy, Amrita and Anmol shared that the baby is coming really soon. Amrita wrote, “For YOU it’s the 10th Month... But for US, it's THE 9th!!! Surprise Surprise ..Anmol and I are in our NINE'th month Already!! Too excited to share this good news with You my Fans And Friends (sorry had to keep it tucked in my Belly All this long) But It's True... the Baby is Coming Soon. An exciting journey for me, @rjanmol27 and our Families... Thank you universe. And thank you. ALL Keep blessing.” Anmol captioned his post as “For YOU it’s the 10th month... But for Us, It’s THE 9th!!! @amrita_rao_insta” 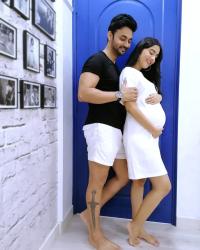 In the same interview with the Mumbai Mirror, revealing that it was Anmol, who was the first one to see the report and had broken the news of pregnancy to her, Amrita had spoken about what made them decide that 2020 was the year to take their family forward. She had said, “One can’t plan these things, they just happen.” Speaking about her priorities at this time amid the ongoing pandemic, Amrita had said, “Even the baby realises it and is not very demanding. There are no special cravings, I eat whatever I want and the baby seems to be happy with it.” (Also Read: Hardik Pandya Reveals How Difficult It Was To Leave His Newborn Baby Behind For IPL 2020) 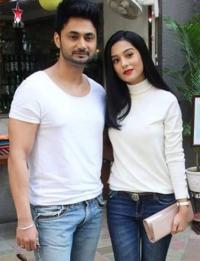 Due to the pandemic, Amrita Rao and Anmol too, are getting a lot of quality time to spend together and the doting husband recites verses from the Bhagavad Gita every night to his expecting wife. Amrita had remarked, “Anmol reads a chapter from the Bhagavad Gita to baby and me every night.” Amrita had added that she and Anmol have found their perfect song, Jeevan Ki Bagiya, with one line in particular, “Thoda Hamara, Thoda Tumhara, Aayega Firse Bachpan Hamara” encapsulating what they’re feeling at this phase. Amrita had also revealed that they are yet to finalise a name for the baby.

On May 15, 2016, Amrita Rao and Anmol had tied the knot in an intimate wedding ceremony and just like their relationship, the news of their marriage was also a pleasant surprise for their fans. It has been more than four years since Amrita and Anmol have been enjoying their married life and now, they are all set to grow their family with the arrival of their little one soon. To announce their wedding Amrita and Anmol had released a joint statement to the Hindustan Times, which can be read as “We have always been private about our personal life. This relationship was sacred to the both of us from the moment it began. Making your relationship public can help you be in constant news, but we wanted only our work to do the talking. Marriage is a very personal affair and we thought of keeping it like that. We wanted to announce it at the right time, and we did!” (Also Read: Dimpy Ganguly's Six-Month-Old Baby Boy, Aryaan Roy Goes Swimming In Maldives For The First Time)