On August 5, 2018, Amitabh Bachchan's daughter, Shweta Nanda's father-in-law and Nikhil Nanda's dad, Rajan Nanda (who also happens to be the Escorts group chairman) passed away. To bid goodbye to the parting soul, Bachchans and Kapoors got together. In this untimely hour, Amitabh Bachchan who was shooting for his upcoming film Brahmastra, in Bulgaria rushed back to the city to be with his family. (Also Check: Salman Khan Confesses That Dad Salim Khan Allowed Him To Bring His Girlfriends Home, On 'Dus Ka Dum') 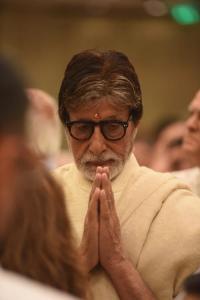 On August 7, 2018, the prayer meet for Rajan Nanda was held at the Taj Palace and many public figures were there at the ceremony. The entire Kapoor and Bachchan clan inclusive of Amitabh Bachchan, Rishi Kapoor, Randhir Kapoor, Neetu Kapoor, Babita Kapoor and Karisma Kapoor amongst others were present there at the prayer meeting. For the ones who don’t know, Rajan Nanda was the husband of Ritu Kapoor, daughter of legendary late Raj Kapoor. Sharing his grief and wishing the eternity of soul as well as acceptance of ‘rest in peace’, Amitabh ji penned down a heartfelt note.

Here’s what he wrote, "The soul cannot be burnt by fire, nor drenched by water, Nor dried by the wind, nor pierced by an arrow the thought therefore is that ‘atma’ is eternal the soul is eternal and therefore rests in peace". (Don't Miss: Anushka Sharma Trolled For Being With Virat Kohli In The Team India Group Picture Shared By BCCI)

The note further read, "Prayers condolences the ‘pagri’ ceremony folded hands in gratitude the elder of the family has gone the next elder has been given the ‘pagri’ of its seniority the soul is eternal and hence in peace what has passed cannot be brought back."

Amitabh Bachchan is very expressive when it comes to words. He some time back also wrote a letter to his granddaughters, Navya Naveli Nanda and Aaradhya Bachchan. That letter of his could be read as, “My very dearest Navya and Aaradhya, You both carry a very valuable legacy on your tender shoulders – Aaradhya, the legacy of your pardadaji, Dr Harivansh Rai Bachchan…and Navya, the legacy of your pardadaji , Shri H P Nanda….Both your pardadajis gave your present surnames celebrated fame, dignity and recognition! Both of you may be a Nanda or a Bachchan, but you are also girls…women! And because you are women people will force their thinking, their boundaries on you.” (You May Also Like: Inaaya Naumi Kemmu Looks Super-Excited To Meet Cousin Taimur Ali Khan, It's Another Play Date) 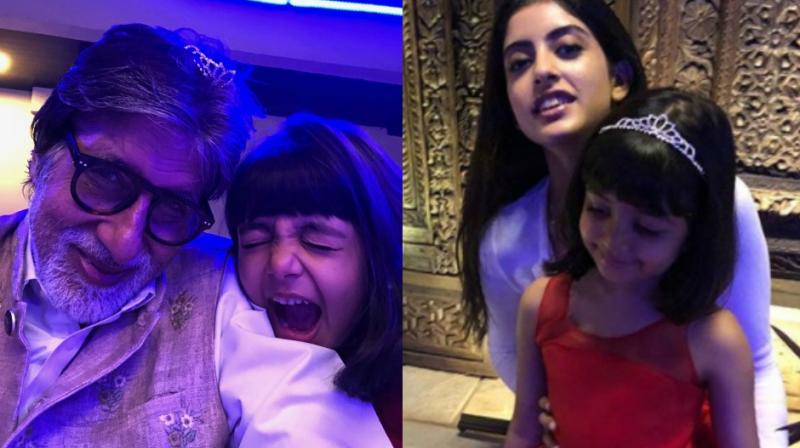 It further could be read as, “They will tell you how to dress, how to behave, who you can meet and where you can go. Don’t live in the shadows of people’s judgement. Make your own choices in the light of your own wisdom. Don’t let anyone make you believe that the length of your skirt is a measure of your character. Don’t let anyone’s opinion of who you should be friends with, dictate who you will be friends with. Don’t get married for any other reason other than you want to get married.”

Amitabh ji went on to write, “People will talk. They shall say some terrible things. But that doesn’t mean you have to listen to everyone. Never ever worry about – log kya kahenge. At the end of the day, you are the only one who will face the consequences of your actions, so don’t let other people make your decisions for you. Navya – the privilege your name, your surname offers you, will not protect you from the difficulties you will face because you’re a woman. Aaradhya – by the time you see and understand this, I may well not be around. But I think what I am saying today shall still be relevant. This may be a difficult, difficult world to be a woman. But I believe that it is women like you that will change that.” 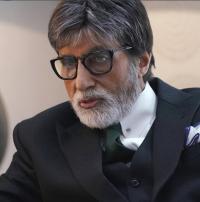 It further read, “It may not be easy, setting your own boundaries, making your own choices, rising above people’s judgement. But YOU! you can set an example for women everywhere. Do this and you would have done more than I have ever done, and it will be my honor to be known not as Amitabh Bachchan, but as your grandfather!! With all my love Your Dadaji your Nana.” (Also Read: Anand S Ahuja Has A Special Note For Father-In-Law Anil Kapoor On Success Of His Film 'Fanney Khan') 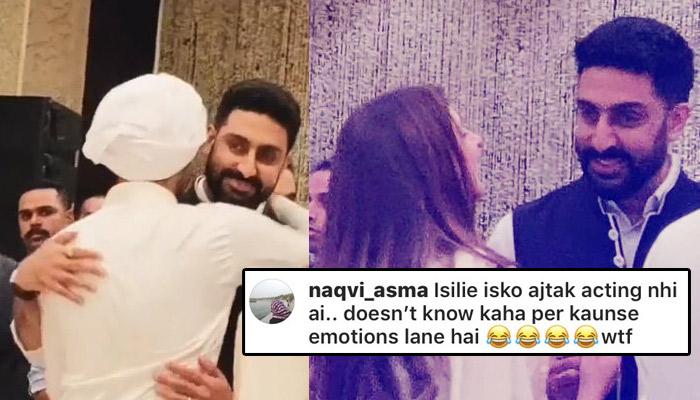 Talk of celebrity trolling and there is one man on the hit list these days. The mention is of none other than one and only Abhishek Bachchan. Junior B is back again and is targeted by the trollers and has become their prey. Amitabh Bachchan's daughter, Shweta Nanda's father-in-law and