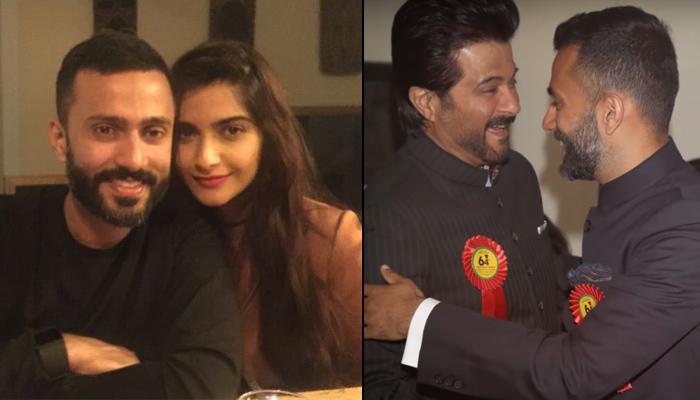 Ever since 1984, Anil Kapoor’s aura and charm have never seemed to dull. In fact, he is the quintessential example of ageing with grace and jhakkas performances. With humble Mr India, before everyone got introduced to Krrish, Ra.One and many others, Anil Kapoor was definitely the nation’s first of a kind superhero. (Also Read: Anil Kapoor And Sunita Kapoor's Love Story Started With Prank Call, She Went Alone On The Honeymoon)

Anil Kapoor’s 2018 film, Fanney Khan has received nothing but praises, not only from the audience and critics but also from the Kapoor clan. While Rhea Kapoor and Harshvardhan Kapoor took their Insta stories to show their love for their father, wife Sunita Kapoor shared some pictures of the critic’s reviews on her Instagram and captioned it with hearts. Anil’s newly-married daughter, Sonam Kapoor Ahuja shared same pictures and wrote, “Always Brilliant! What amazing reviews Daddy! @anilskapoor #fanneykhan”

How can ghar ka damaad stay behind from congratulating his father-in-law for the success of his film? Anand S Ahuja wrote a heartfelt message for Anil Kapoor, ““One is nothing, one can do nothing, one can achieve nothing without working, dear. If you are poor, work. If you are rich, continue working. If you are burdened, dear, with seemingly unfair responsibilities, work. Dear, if you are happy, keep right on working. Dear, idleness gives room for doubt and fear. Dear, of disappointment comes, please work. If your health is threatened, please work. Dear, when your faith and hope falters, work. Dear, when dreams are shattered and hope seems dead, please work. Dear, work as if your life were in peril. Dear, it really is. No matter what ails you, work. Dear, work with love, faith and patience. Work is the greatest remedy for mental and physical afflictions.” #SwamiRamBaba ••• Wise words and favorite saying of the real life Fanney Khan @anilskapoor ... Always the hardest worker in the room, and that too with the biggest, most mischievous smile on his face! Congratulations on a job well done!”

Aww, isn’t it sweet? In an earlier interview when Anil was asked about his relationship with son-in-law Anand, he stated, “What father-in-law! From the very beginning, I made it clear to Anand that I was going to be his friend and not his father-in-law. The ice melted even before it was frozen. Anand has been a part of our family for a very long time. We are pals first, and relatives later.” (Also Read: Sonam Kapoor And Anand Ahuja's First Pic With In-Laws Anil And Sunita Kapoor, Sunil And Priya Ahuja)

While delivering a talk at NATCON 2018, a Real Estate Conference in Berlin, Anil Kapoor talked about his biopic and was quoted as saying, "Nobody will want to see my biopic. It will be boring. I have never been involved in a controversy or anything like that." He further continued, “I did some films because I needed the money. But I regretted later. One doesn’t repeat such mistakes. I was shocked when I failed the FTII written exam. I thought what’s the connection between a written exam and acting. I met the Institute incharge Girish Karnad. He said rules are rules. I failed the exam, but I am here. Now look at the list of who all passed out from there.” (Don't Miss: Kajol Is Embarrassed And Apologises To The Media After Son Yug Devgn Teases Them At The Airport) 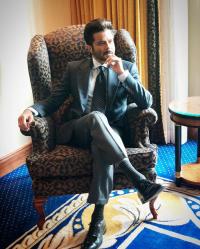 Post her marriage with Anand, Sonam wrote a heartfelt post thanking her family who made her special day even more special. She wrote, “Our Family is our strength.. thanks so much @kapoor.sunita you’re the best mom in the whole wide world for making this happen in such a spectacular fashion! Daddy for being so such an amazing host and loving Anand and I so unconditionally @anilskapoor @priya.ahuja27 for going out of your way to do everything and making sure Anand and I get everything we desire! Harish Papa for being our rock of Gibraltar! @rheakapoor for being my best friend and partner and making sure my wedding was a success! @harshvardhankapoor you are my knight in shining armor, you effortlessly took on every responsibility and made sure all our guests were looked after, I love you so much!” (Also Read: Daughter Rhea Trolls Father Anil Kapoor While He Texts His Wife Sunita, Anand Ahuja Enjoys The Show)

On the professional front, Anil Kapoor will share the screen space for the first time with daughter, Sonam Kapoor Ahuja in Ek Ladki Ko Dekha Toh Aisa Laga, which is slated to release in 2019.