Amitabh Bachchan trolled a netizen asking about his daughter-in-law, Aishwarya Rai and calling him 'Buddha'. Find out! 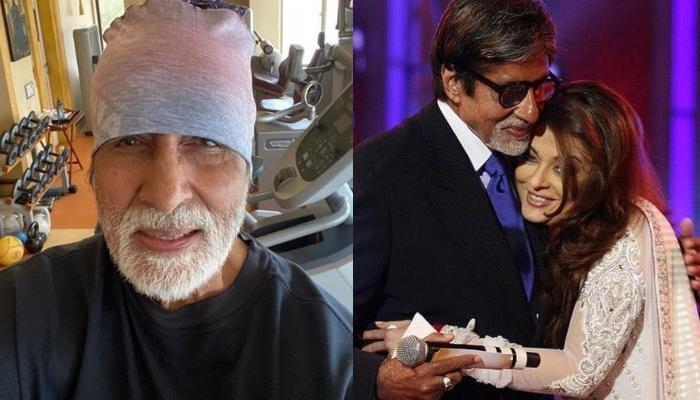 There is no one quite like him in the history of Bollywood, known as the angry young man of 90s, Shri Amitabh Bachchan has surpassed that stage and is now, famous for his humble nature. The superstar family includes so many talented stars in the family, including Amitabh Bachchan, Jaya Bachchan, Aishwarya Rai Bachchan, and Abhishek Bachchan. Well, these are the stars, who have reigned the industry from over decades now, have enjoyed the spotlight, but still, they have managed to keep a part of their personal life completely private from the shutterbugs. (Recommended Read: Saif Ali Khan Revealed That Kareena Kapoor Restrained Him From Posting An Adorable Video Of Taimur)

However, the most active member on social media is none other than Amitabh Bachchan, the veteran actor never skips a chance to share his thoughts on big issues. Ever since, the COVID-19 outbreak in India, we have seen him sharing his thoughts and informative messages through his Twitter and Instagram handle to make people aware. Recently the Big B has decided to teach a lesson to a netizen on Twitter, who tries to make fun of him by calling him 'Buddha'.

On the prosperous festival of Baishakhi (April 13, 2020), the actor tweeted a throwback picture of him from his hit-film, Suhaag. In the picture, we can see Amitabh singing and dancing in traditional Punjabi attire, consisting of white kurta and a yellow turban. Along with the picture, he wished his followers with a sweet little wish in Devanagari. On which a Twitter user posted a nasty comment and asked about his daughter-in-law, Aishwarya Rai Bachchan and called him 'Buddha'. Take a look at it below. (Don’t Miss: Shabana Azmi And Javed Akhtar's Hilarious Twist To 'Abhi Na Jao Chhod Kar' Is Perfect Lockdown Treat)

However, this isn’t the only time when he had gained a lot of applause and appraises from his fans for his witty reply. One such occasion had happened on his famous game show, Kaun Banega Crorepati 11. In one of the episodes, while discussing the height difference of one of the candidates with his would-be-wife, he had joked about his height difference with his wife, Jaya ji but later kept mum and had hinted on something very serious yet funny.

While introducing the rollover contestant, Chandan Kumar on Kaun Banega Crorepati, Amitabh ji had revealed that he is soon going to get married and had selected his bride as their height matched. Amit ji had further added that he shouldn’t give much advice on height (referring to Jaya ji and his height difference) or he may have to face the ‘belan’ in his home. The scene bought huge laughter on the show and perfectly tells us about the humorous nature of Amitabh Bachchan. There’s another thing for which the veteran actor is admired by million people out there and that is his love for writing, as he still writes letters to his loved ones.

Earlier, Amitabh Bachchan’s letter for his granddaughters, Navya Naveli Nanda and Aaradhya Bachchan went viral on the internet. He had written, “My very dearest Navya and Aaradhya, You both carry a very valuable legacy on your tender shoulders – Aaradhya, the legacy of your pardadaji, Dr Harivansh Rai Bachchan…and Navya, the legacy of your pardadaji, Shri H P Nanda…. Both your pardadajis gave your present surnames celebrated fame, dignity and recognition! Both of you may be a Nanda or a Bachchan, but you are also girls…women! And because you are women people will force their thinking, their boundaries on you. They will tell you how to dress, how to behave, who you can meet and where you can go." (Also Read: 'Maa', Mahhi Vij Cannot Stop Loving And Admiring Her Daughter, Tara Jay Bhanushali In This Video)

Do you love Amitabh Bachchan’s reply to the netizen? Let us know! Once in a blue moon, a film is made, which is itched into the hearts of the audience forever. Mani Ratnam directed Guru, featuring Abhishek Bachchan and Aishwarya Rai Bachchan was one such film. Be it their acting, or story or cinematography, the essence of that film had opened new doors 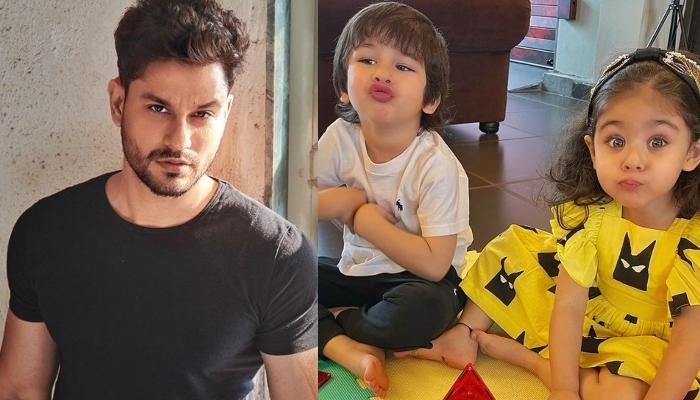