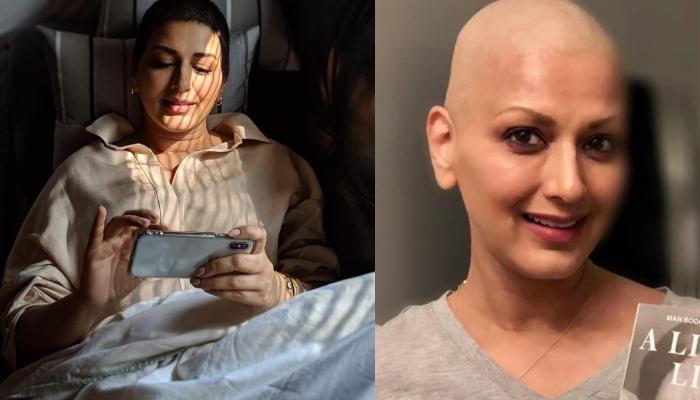 Bollywood beauty, Sonali Bendre is not just a name, but an epitome of beauty for many. She has a persona that can brighten up the gloomiest day. However, the actress broke many hearts on July 4, 2018, when she announced the news of being diagnosed with metastatic cancer. From her fans to the entire industry showered of her wishes to recover and fight this hard battle. (Recommend Read: Palak Jain Makes For A Beautiful Bride-To-Be In Her Haldi-Mehendi, Dances Like Crazy At One Function)

Sonali, who is currently fighting the battle like a boss, has been showing an immense amount of courage. And, she makes sure to update her fans about her health. On February 8, 2019, the actress shared a beautiful sun-kissed picture of herself on Instagram. Along with it she wrote, “"I'm gonna soak up the sun I'm gonna tell everyone To lighten up  I've got no one to blame For every time I feel lame I'm looking up I'm gonna soak up the sun” ~ Sheryl Crow”. Check out the picture below: 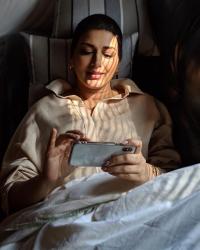 On October 9, 2018, Sonali shared a picture of her cancer journey with her Instagram family and wrote, ““I knew that if I allowed fear to overtake me, my journey was doomed. Fear, to a great extent, is born of a story we tell ourselves, and so I chose to tell myself a different story from the one women are told. I decided I was safe. I was strong. I was brave. Nothing could vanquish me.” – Cheryl Strayed, Wild.” 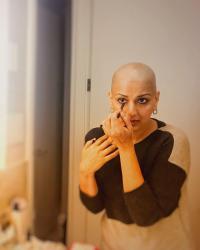 Sonali further wrote, “Over the past couple of months, I have had good days and bad ones. There have been days when I’ve been so exhausted and in so much pain that even lifting a finger hurt. I feel like sometimes it’s a cycle… one that starts off with physical pain and leads to mental and emotional pain. The bad days have been many… Post chemo, post-surgery and the like… where even just laughing hurts.” (You May Also Like: Chahatt Khanna Wishes Husband Farhan Mirza On 6th Anniversary Even After Separation, For This Reason)

Her post further describes her cancer journey, “Sometimes it felt like it took everything I’ve had to push past it… a minute to minute battle with myself. I got through it knowing that even though I was fighting a long drawn out, draining battle… it was one that was worth the fight. It’s important to remember that we’re allowed to have those bad days. Forcing yourself to be happy and cheerful all the time serves no purpose. Who are we being fake and putting on an act for? I allowed myself to cry, to feel the pain, to indulge in self-pity… for a short while. Only you know what you’re going through and it is fine to accept it. Emotions aren’t wrong. Feeling negative emotions isn’t wrong. But after a point, identify it, recognize it and refuse to let it control your life.” 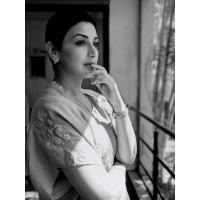 She concluded it by writing, “It takes an immense amount of self-care to get out of that zone. Sleep always helps, or having my favourite smoothie after chemo, or just talking to my son. For now, as my treatment continues… my visual focus remains to just get better and get back home. It’s yet another test… Student all my life… Learning all my life… #OneDayAtATime.” (Don't Miss: Neeti Mohan Had A Photoshoot With Mohan Sisters At Her Bachelorette Bash, Look Beautiful In Ethnic)

We wish Sonali a speedy recovery! 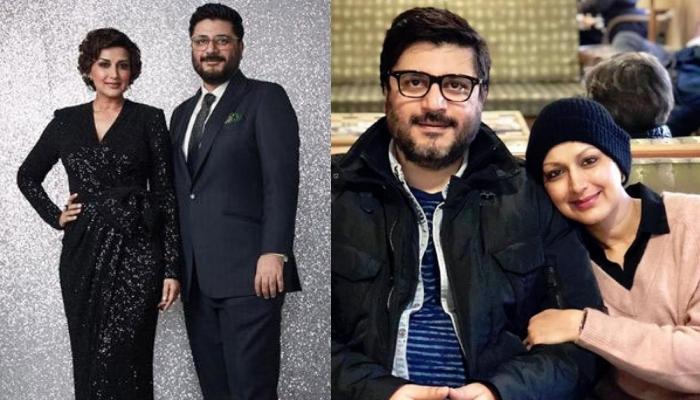 When Bollywood actress, Sonali Bendre was diagnosed with cancer, millions of her fans had gone into a sort of depression overnight. Such was her fanbase and everyone was so tensed about the news that they weren't able to extract some hope from that situation. But even at that time, it