Alia Bhatt and Soni Razdan share a lovely bond and recently, Alia shared a lovely note shared by her mommy, Soni and penned down an emotional note. Scroll down to read the message. The bond between a mother and a daughter is very strong and unmissable. Every daughter looks up to her father for all the professional advice, wherein, her mother becomes her support system throughout her life's journey. Wherever she goes, she will always look up to her mother for emotional backup and guidance. And a mother too tries to keep her daughter away from all the troubles and judgments of the society.

One of the favourite B-town mother-daughter jodi is Raazi actress, Alia Bhatt and her mother, Soni Razdan. The duo never fails to give major goals to all the mother-daughter outside. Alia and Soni had shared the screen space together for the first time in the movie, Raazi, where they were seen portraying the role of an on-screen mother-daughter. We have spotted Soni accompanying her daughter, Alia on her shoot locations to spend some quality time with her. (Recommended Read: Lisa Haydon Flaunting Her Baby Bump During Vacation Is Giving Pregnancy Goals To Every Mommy-To-Be) 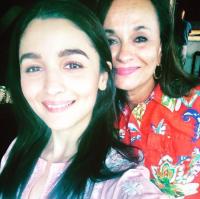 Actors' lives are tough and they get less time for themselves and their family after hectic shooting schedules. Same is the case with Bollywood’s leading lady, Alia Bhatt. Alia is busy shooting for her upcoming movie and was missing her mommy, Soni when she received a sweet note from her. On October 12, 2019, Alia took to her Instagram handle and shared a lovely note by her mother for her and captions it as “One of those days where I miss my mother terribly and find this by my bedside! #mothersjustknow.” Soni's note could be read as “Darling Alia This is for you to keep by your bedside to read every now and then and get reminded of how much I love you <3 Muma.” Take a look: Alia Bhatt is considered as one of the leading Bollywood actresses and she has been climbing the leadership board very quickly with her outstanding performances. When a daughter receives success, it's her mother who is happier. Similarly, Soni Razdan too is beaming with happiness with her daughters’ success. In an interview with Pinkvilla, Soni was all praises for her daughter, Alia and had said, “She is my daughter, so I don't want to keep praising her. I think that what she is doing is good and she should continue doing it. Not only she chooses great films, but great films are also choosing her, interesting roles are also coming to her. She is coming to an interesting time in the industry which is ready for actresses like Alia who are doing different things. I think all actresses today are now wanting to do different things." (Suggested Read: Janhvi Kapoor Shares A Heart-Melting Throwback Picture Of Her Parents, Boney Kapoor And Sridevi) 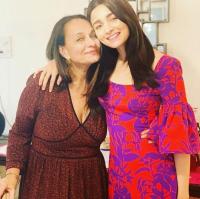 Soni had further added, “On one level, I also feel lucky that she is coming from this time where there are very one-dimensional roles for women. For example, her character in Gully Boy is such a wonderful character. It's such a role model for young girls. Earlier, nobody wrote such characters. So, you also need somebody who can write characters like that and also somebody who can play them. So she happens to be one person who is able to play these roles. And that's great for her. I hope she keeps on getting better as she is only 26 and as she grows older, she will get better and does more work. As a mom, I am looking forward to it." 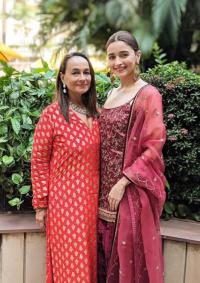 Kids always trouble their parents a lot during their childhood days, however, Alia Bhatt was an obedient kid. In an interview with India Today, Soni had talked about Alia’s childhood and revealed how she was as a child. She had said, “Alia was a very obedient child, the only thing she was fussy about was what dress she wore. I would have to give her choices and she would pick her dress out knowing very well exactly what she wanted to wear. Alia was always a happy go lucky child, it is a wonderful feeling to witness how big of a star she has become now. We are all quite charmed by what she is managing to do. She is doing it well and what more can one ask." 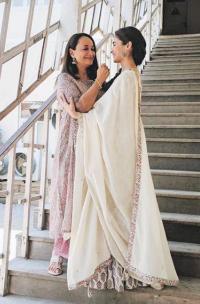 Alia Bhatt is in a serious relationship with actor, Ranbir Kapoor and the two have been spotted together on many occasions. In an interview with BollywoodLife, Soni Razdan had talked about her daughter, Alia's personal life and had said, "It’s her personal life. Ranbir is a lovely boy. I think whoever Alia has dated before or will date, (it) is her choice and her life. I’ll always support her but I don’t think I should discuss this you know. It’s not right on my part to discuss (her personal life) in public. As a mom, I’m just happy if she is happy.” (Also Read: Deepika Padukone Reveals How She'll Celebrate Her First Diwali Post-Marriage With Ranveer Singh)

Alia Bhatt and Soni Razdan are giving major mother-daughter goals. What do you think? 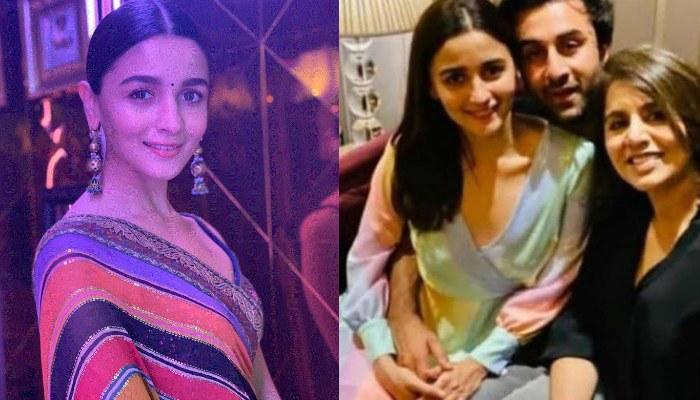 Who can forget the famous dialogue from the movie, Om Shanti Om, 'Kehte Hain Agar Kisi Cheez Ko Dil Se Chaho, To Poori Kainath Use Tumse Milane Ki Koshish Mein Lag Jaati Hai?' Your happiness knows no bound when you get what you have always been waiting for. You wish to