Ranbir’s GF Alia Says She Might Get Married Before 30, No Live-In Relationship Until Marriage

Ranbir’s GF Alia Says She Might Get Married Before 30, No Live-In Relationship Until Marriage 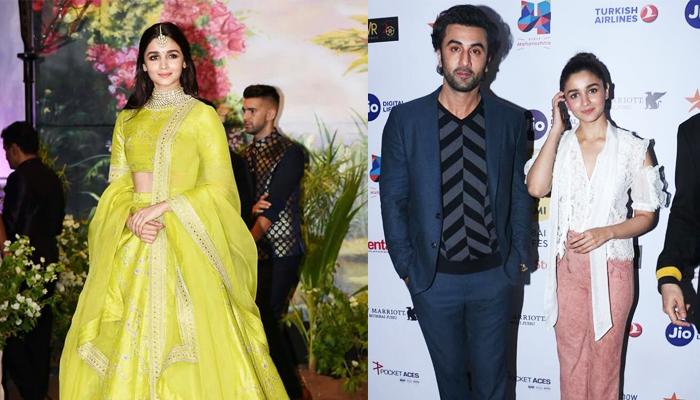 Alia Bhatt and Ranbir Kapoor are ruling the Hindi film industry like how! Alia’s superb performance in her last release Raazi has been appreciated by critics and masses alike, and Ranbir’s looks in the Sanju trailer has already garnered him rave praises even before the movie’s release. (Also Read: Ranbir Kapoor's Sister Riddhima Sends A Special Gift To Alia Bhatt And It's Beyond Beautiful!)

And the duo is more of the talk in the B-town because of their alleged relationship. But it seems that we should not use the word ‘alleged’ anymore for Alia Bhatt and Ranbir Kapoor’s relationship. After all, Ranbir’s confirmation came as a joy for everyone when he said that his relationship with Alia is ‘too new’ and he doesn’t want to overspeak about it. He even opened up about his feelings about falling in love again. 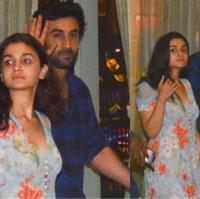 In a recent GQ interview, Ranbir confirmed his relationship with Alia by saying, “It’s really new right now, and I don’t want to overspeak. It needs time to breathe and it needs space. As an actor, as a person, Alia is- what’s the right word- flowing right now. When I see her work, when I see her act, even in life, what she gives is something that I’m aspiring to for myself”.

Since Ranbir’s statements, more speculations have been doing rounds about the Brahmastra co-actors, going to the point of their marriage. Speaking about the same to Hindustan Times, Alia said that she may surprise everyone by getting married early unlike her fellow actresses in the industry like Anushka Sharma, Sonam Kapoor Ahuja and Neha Dhupia.

Alia revealed, “Nothing is cast in stone, right? So, if I feel that I’m in a position where I want to take such a step, then I will. I’ve always believed that I would get married because of kids. So, if I am like, ‘This is the time I want to have my children and am also ready to have babies,’ I will get married”. 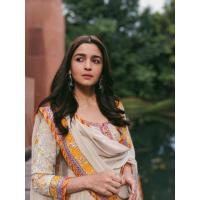 Revealing that she doesn’t want to be in a live-in relationship and would live with her partner only after marriage, Alia said, “Yes, I’ve not set any deadline, because it doesn’t really matter. I may be like, ‘Listen, I love you, so let’s get married and live together but I will still work.’ So, I may get married just to live with that person. It’s also because I don’t want to be in a live-in relationship. I don’t want to live with someone until I get married. So, it may happen for that reason”.

Wow! Post Ranbir’s confirmation of him dating Alia and now Alia going candid that she might get early, could we hope that soon the wedding bells of Ranbir and Alia would ring loud?

In a recent interview, Alia revealed that the one person talking to whom refreshes her instantly is Karan Johar. Yes, it’s not Ranbir Kapoor! Alia was quoted as saying, “One person who I can talk to anything under the sun; be it personal, professional, philosophical and something that gives me a good and fun perspective is Karan Johar. Talking to him refreshes me to another level”. 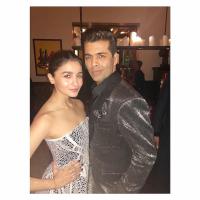 Alia and Ranbir’s relationship rumours started doing rounds on the internet as soon as Ayan Mukerji's Brahmastra went on floors. And when they recently made an appearance together at Sonam and Anand’s reception bash, the conjectures catapulted to another level. 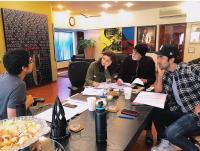 Post that, Alia was asked in a media interview about Ranbir and she said, “You are absolutely right, we are more than friends... We are co-actors. We are working together in a beautiful film called 'Brahmastra' which will release next year”.

We all know that Ranbir was earlier dating his Jagga Jasoos co-actor, Katrina Kaif but they parted ways in 2014. Before Katrina, his relationship with Deepika Padukone was also the hot talk of the town. (Don't Miss: Ranbir Kapoor's Former Girlfriend, Deepika Padukone Already Knew That He Is Dating Alia Bhatt)

At the GQ interview, when Ranbir was asked how does it feel to fall in love again, he retorted, “It always comes with a lot of excitement. It’s a new person, it comes with new beats. Old tricks become new tricks again- you know, being charming and romantic, all of that. I think I’m more balanced today. I value relationships more. I can appreciate hurt and what it does to a person much more than I could a couple years back”. 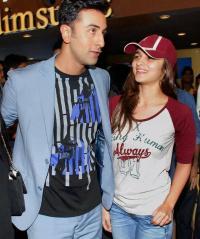 Well, we can’t wait for any news on lovebirds wedding! Do you think that Ranbir Kapoor and Alia Bhatt should marry each other? Do let us know in the comments section below.

Next Read: After Ranbir Confirms Dating Alia, Neetu Kapoor Leaves A Comment On Her Post, Is Mom 'Raazi'?