During a promotional event for Kalank, Alia Bhatt called Varun Dhawan 'Ranbir Kapoor'. It just proves she thinks of Ranbir all the time. Ranbir and Alia started dating on the sets of Brahmastra. 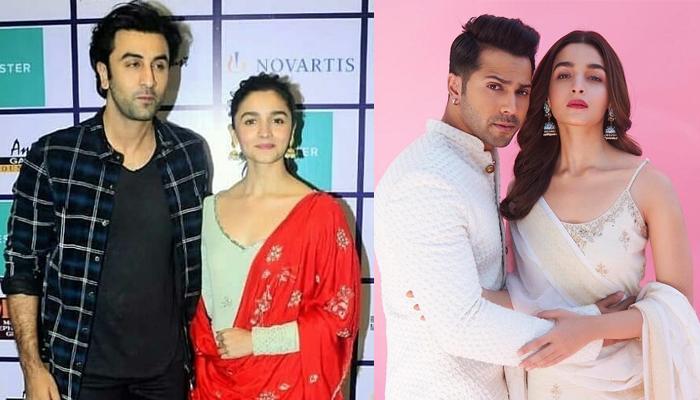 With humongous fan-following and some of the best films of this decade in their kitty, Alia Bhatt and Ranbir Kapoor have made a name for themselves so much so, that for them, our adulation never ceases! Alia Bhatt started off her Bollywood career in 2012 with Student of the Year and Ranbir Kapoor's debut in 2007 was marked by Saawariya. After almost a decade, the two got a chance to work on a project together, and look, how Ayan Mukerji's Brahmastra played Cupid between the two. (You May Like: Vidya Balan Reveals The Time In Her Life When She Hated Her Body, Shuns People Who Fat-Shame)

Alia Bhatt is going to shine on the silver screen from tomorrow (April 17, 2019) as her film Kalank releases. Owing to the promotional events for the ensemble movie, Alia Bhatt can't escape the obvious questions about her beau, Ranbir Kapoor. At times, she dodges the questions, and at times she vaguely answers, but as they say, eyes do all the talking when you are in love, right?!

During one such promotional event for Kalank, an interview with Bollywood Hungama's Faridoon Shahryar, Alia Bhatt, Varun Dhawan, Sonakshi Sinha and Aditya Roya Kapur were engaged in a tête-à-tête and the Raazi actress had the most adorable 'hit and miss' moment! She accidentally called Varun Dhawan 'Ranbir Kapoor' and everybody was left in splits. This just goes on to prove how much she loves Ranbir! Take a look at the video:

Alia Bhatt has always been reverently vocal about her beau, Ranbir Kapoor. His girlfriend considers him to a 'complete actor', just like many of us do. In a recent interview with The Times of India, Alia was quoted as saying, "I have always looked forward to working with Ranbir because I have always admired his work. He is a complete actor. He is so honest; his eyes are so honest that you cannot give a dishonest performance or a false take if you are working with him. Whatever you see of Ranbir on camera, you see none of it off camera. There is no process. He just comes and unleashes himself on camera. There’s an extreme honesty to his performance."

The Gully Boy actor further added, "What connects Ranbir and I is for me to understand. What I did at that moment of thanking him was purely out of gratitude, and honesty, and it was all heart. Why I feel what I feel is very personal and I don’t think it can be discussed in public domain. This is the first time that I am talking about anything like this and I would like to keep it sacred and simple. Discussing why, why not, how.. gives it unnecessary attention, which could go either way. So, I might as well leave it aside." (Suggested Read: This Is What Anand Sonam Ahuja Did To Support Sonam Kapoor Ahuja After Their Marriage)

In another interview with the Bombay Times, Alia Bhatt shared that she feels things differently and her attitude towards life has changed as well after being in love. She had said, “Love always makes you a better person. It has definitely brought about a positive evolution within me. I am beginning to sense and feel different things, and things that I have not felt before. The attitude that I have towards my life is different now. My relationship has brought about a beautiful feeling of wonder within me that feels so precious. I feel like I’m walking around, holding on to it closely and carefully. May be, that’s why I am not so vocal about it, because I don’t want it to become a show.” 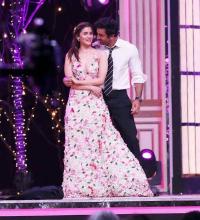 Alia Bhatt had said 'I love you' to Ranbir Kapoor from the stage during the recently concluded Filmfare Awards. Commenting on the same, the Udta Punjab actress shared recently, "What I said was not rehearsed; it came from the heart. Since a few days before that, I was feeling a lot of gratitude. 'RRR' (SS Rajamouli’s Telugu film), and 'Inshallah' (Sanjay Leela Bhansali’s next with Salman Khan) were just announced. I had won this award (Filmfare Award for Best Actress for 'Raazi'), so I was feeling very blessed. I believe that in a moment of gratitude, it is important to thank everybody, who has contributed to your life. The energy that I have today... Ranbir is a very big part of it. So, I thought that it was only right for me to thank him." 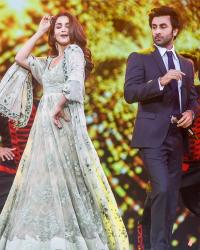 Alia Bhatt also talked about working with her beau, Ranbir Kapoor and said in an interview, "We both are switch-on and switch-off actors. I was always looking forward to this moment, where I would get to work with Ranbir and see the actor that he is. I have always looked up to him as an actor; he is fabulous on screen. What I realised a few weeks into the shooting of 'Brahmastra' is that, he doesn’t have a process, and if he does, you don’t see it. I have actually heard people say that about me as well. With Ranbir, I keep wondering…where is his process, what is it, is it hiding behind a chair? When he is in front of the camera, he is in the moment, and that’s the beauty of it." (Also Read: Karisma Kapoor Shares A 'Every Day Is Siblings Day' Picture With Kareena Kapoor Khan)