Ali Fazal Reveals How He Proposed His Girlfriend, Richa Chadha For Marriage, Admits He Was Nervous

Bollywood actor, Ali Fazal talked about proposing his girlfriend, Richa Chadha for marriage in his recent interview. Find out!

Some decades ago, B-town celebs used to hide their relationships from the media. But with time, things have changed and now celebrities are quite comfortable to talk about their relationship in front of their fans and media. Just like many, one such actor is Ali Fazal and Richa Chadha, who love to flaunt their love for each other and never shy away from praising one another. From taking each other on dreamy vacations to accompanying one another for events, Ali and Richa have taken #CoupleGoals to another level. (Recommended Read: Samantha Akkineni Proves Mother-In-Law Wrong In An Epic Way As She Had Said The Actress Doesn't Cook)

However, there were rumours and reports of them getting married in April back in the initial months of this year. But as we all know that the plan has to be cancelled because of the ongoing COVID-19 pandemic. Meanwhile, the actor has talked about one of the most special days of his life in his recent interview.

Richa Chadha Spills The Beans On Moving In With Ali Fazal, Reveals How They Share Responsibilities 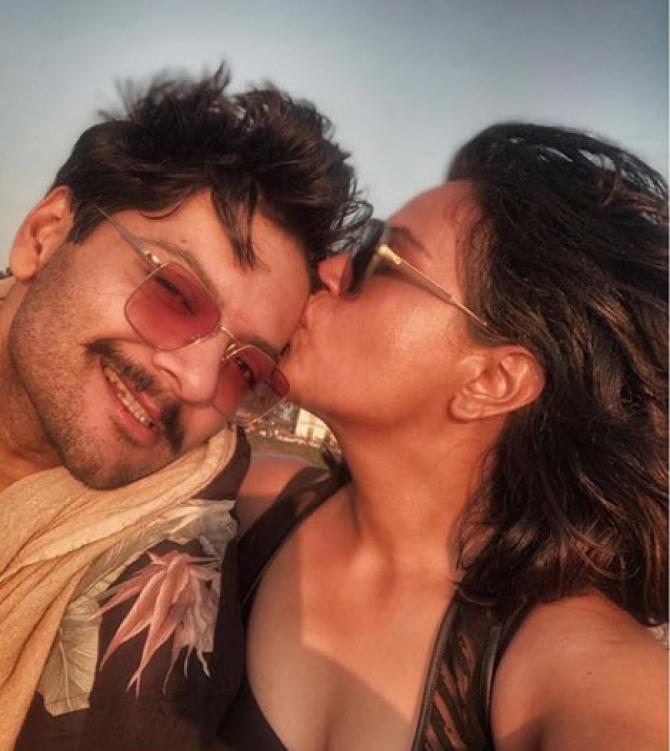 Recently, in an interview with Zoom, the Mirzapur actor talked about the day when he had proposed his ladylove, Richa Chadha for marriage. Ali revealed that it was a completely random situation for him and he was scared to death because he didn’t have a ring with him to propose her. No wonder, it’s an extremely scary situation to be in. The actor revealed that the place was so beautiful and mesmerising that he thought it would be the best place to pop the question and he had to do it at that moment only. In the end, it turned out to be a successful one. However, he admitted that he was scared when he popped up the marriage question. He revealed, “No matter how close you are, that moment is always scary, right? The girl might say “Sorry yaar... Ek minute rakhna zara.” (Take a look: Aamna Sharif Shares A Beautiful Picture With Son, Arain Kapoor, Gives A Heartfelt Message) Well, as we all know that there were numerous reports and rumours of them getting married this year all over the internet. But because of the life-threatening pandemic, coronavirus all over the globe, the wedding was postponed. However, it seems to be like a perfect opportunity for them to start everything from scratch. According to a lot of reports, there were suggestions that the families were not organized about their wedding as there were no preparations and this pandemic has somehow saved them. Now, in an official statement by them tells us that the couple is going to tie the knot in the latter months of this year. The decision of shifting their wedding was indeed a right decision for everyone and is getting praised by their fans and loved ones. The statement can be read as “Given the current scenario and the unfortunate turn of events owing to the COVID-19 pandemic globally, Ali Fazal and Richa Chadha have decided to postpone their wedding functions to the latter half of 2020 tentatively. They wish for everyone to be healthy and safe and at no cost would want their friends, families and well-wishers to be affected.” 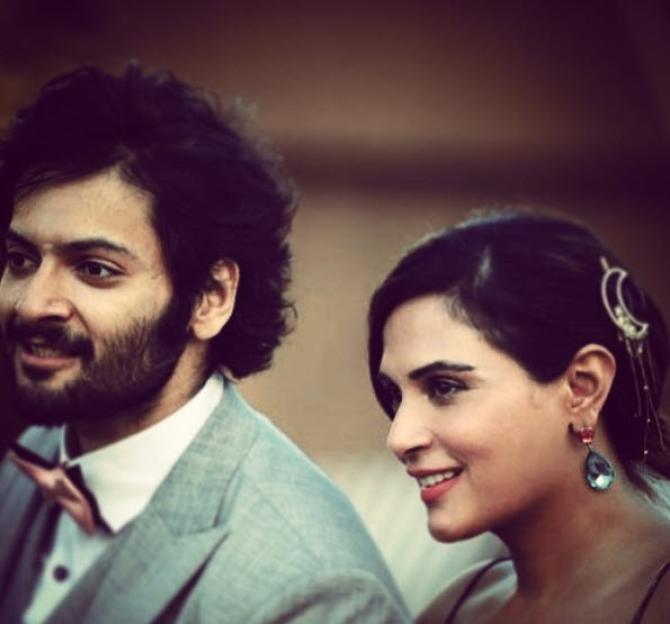 Talking about the love between Ali and Richa, then we have already seen them giving major couple goals to our generation with their lovely gestures for one another. Some months back, Richa Chadha had done a stand-up comedy and had received a lot of appreciation from the elite comedians and her fans. After which in an interview with the Bombay Times, she had revealed that her beau, Ali Fazal was also present in the audience and how she felt to have him there. She had revealed, “Ali is a sweetheart. He was expected to reach at 8 pm for the show, as I was to perform at 8.30. He showed up at 6.30 with coffee and cookies for everyone. He is extremely supportive. I couldn’t have asked for a better man in my life. Our relationship is a great creative partnership. No one that sees us together feels like it’s a mismatch. It wasn’t unnerving to have him in the audience at all. My friend, Ali and my brother Pranav were all sitting together. I made jokes about my family, too. It was nice that people liked it and were pleasantly surprised by my comic side.” (Also Read: Dipika Kakar Is Grateful To Be Blessed With An Amazing Family, Shares An Adorable Family Picture) Do you find Richa and Ali cute together? Let us know!

Celebrities Who Tied The Knot In 2022: From Alia Bhatt And Ranbir Kapoor To Nayanthara And Vignesh The year 2022 proved to be quite a lucky year for many B-town celebs as it brought one of the most cherished dreams of getting married to their soulmate. Many celebrities from the world of glamour began their forever journey, and it was nothing less than a fairytale. Be it hush-hush like