As Pooja Bedi turned 50 on May 11, 2020, her daughter, Alaya Furniturewalla posted a short and crisp birthday wish for her mother which is all about love. 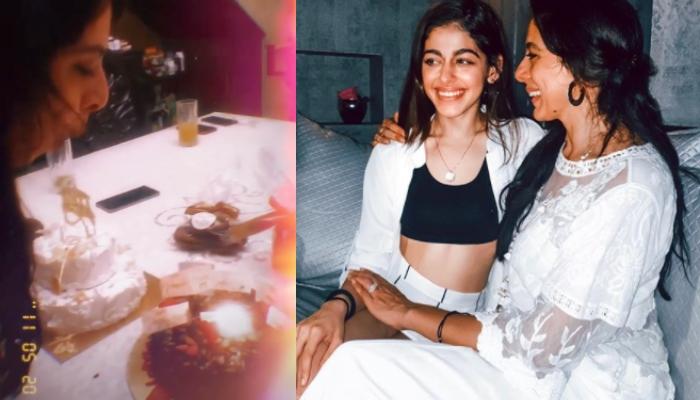 Being a mother is a tough job and it comes with its own set of struggles. But being a single mom is tougher as she walks the journey of parenthood alone and plays the role of both mom and dad to her little one. It takes immense strength to be a single mother, even though you have the support of your family and friends. But every single mom, whether unmarried, divorced or separated, is an inspiration to everyone as she manages her home and work and has not only broken the stereotypes by raising a kid alone but has also redefined women empowerment. (Also Read: Bipasha Basu Posts Rare Photo From Her Baby Days With Father, Hirak Basu, Calls His Arms The Safest)

Veteran actor, Kabir Bedi’s daughter and Jo Jeeta Wohi Sikander fame, Pooja Bedi had married Farhan Furniturewalla in 1994 but had parted ways in 2003. The now-estranged couple has two children, Alaya Furniturewalla (1997) and Omar Furniturewalla (2000). Pooja then found love in Goa-based Maneck Contractor. Maneck had shifted to Mumbai to know Pooja and her family better and in an interview with TellyChakkar, when asked how Alaya and Omar are getting along with Maneck, Pooja had stated, “They get along fabulously. He is such a person who can get along with anyone. He cooks very well. Just the other day he cooked a bowl of hummus for Alaya. She went crazy about it.” 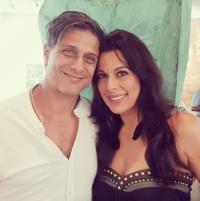 As Pooja Bedi turned 50 on May 11, 2020, her daughter, Alaya Furniturewalla posted a short and crisp birthday wish for her mother which is all about love. Posting a twinning in white picture with her mother, where Alaya is all-smiles and Pooja cannot stop adoring her girl, the 22-year-old starlet wrote, “Happy birthday Mama! Love you lots.” Thanking her fans for the wishes, Pooja tweeted, “I turned 50! Today!! Can’t believe I’ve been on this planet for Half a century!! It’s all been so “magical”. Every bit of it! Thank each 1 of u who have been so supportive, interesting & decent even if we debate with conflicting views. lots of love & happiness to all of you.” Pooja had cut her birthday cakes in the presence of the love of her life, Maneck Contractor, her children, Alaya and Omar while her father, Kabir Bedi was on the video call.

For the uninitiated, Kabir Bedi and Pooja Bedi didn’t share a warm bond and weren’t on talking terms initially. Everything began 4 years ago when Kabir Bedi had celebrated his 70th birthday and had also entered the bond of holy matrimony for the fourth time with Parveen Dusanj. His marriage announcement came as a surprise to many, and in reaction to his tweet, Pooja Bedi, who skipped the wedding for obvious reasons, had replied, “Every fairy tale has a wicked witch or an evil stepmother! Mine just arrived! @KabirBedi just married @ParveenDusanj.” (Also Read: Suhana Khan Is 'Kinda Mad' From Her 'Ma', Gauri Khan's Reaction To Her Complain Is Every Mother Ever) 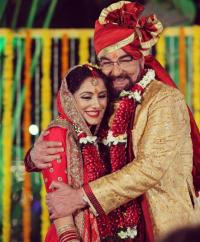 But looks like the father-daughter duo had let bygones be bygones as they had come together for Alaya Furniturewalla’s big Bollywood debut. Celebrating the proud moment of Alaya embarking on her journey to stardom with her debut, Jawaani Jaaneman, Kabir and Pooja had posed as a happy family at the screening of the film. Sharing the picture with Kabir and Alaya, Pooja had written, “Three generations in film!!! At the launch of #jawaanijaaneman wishing @alaya.f the VERRRRRRRY BEST! Post me your comments on your favourite scene once u see the film. Thank you@jayshewakramani @nitinrkakkar @pooja_ent for a fab film.” Alaya had commented on her mother’s post with an array of hearts. 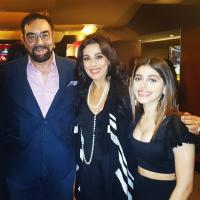 Not only Pooja Bedi and Kabir Bedi had a reunion at the special screening of Jawaani Jaaneman, but Alaya Furniturewalla's parents, Pooja Bedi and Farhan Furniturewalla, and their respective spouses had also come under one roof to celebrate the big day. While Pooja had attended the screening with her fiancé, Maneck Contractor, Farhan had graced the premiere with his wife, Laila Khan and son, Zaan. Everyone had posed like a modern happy family and it marked to be a reunion for the clan.

Due to the lockdown, everyone’s finding out different ways to pass their time at home and are coming up with various social media challenges to keep themselves entertained. One such challenge is 'Who's more likely to?' on social media, which requires the participants to answer the questions by pointing to the person concerned. Alaya Furniturewalla had taken the challenge with her mother, Pooja Bedi and brother, Omar Furniturewalla. Alaya had posted two videos and had captioned them as “Had to do this with my mother and brother @poojabediofficial @_omar.f_ I hope you enjoy this #whosmostlikelyto” and “As promised, one more #WhosMostLikelyTo with my mother and brother @poojabediofficial @_omar.f_.” (Also Read: Shweta Tiwari Recalls When Her Daughter, Palak Tiwari Had Purchased Makeup Worth 1 Lakh 80 Thousand) 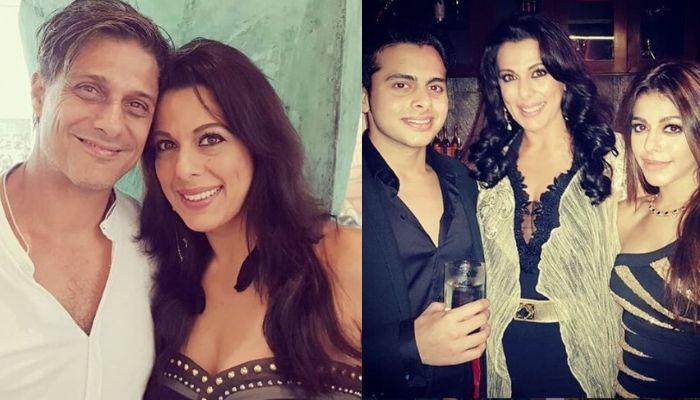